Deborah-Diane is a freelance writer from Orange County, California.Â  Buy her Kindle books about weddings from Amazon or use theseÂ links: "Your Guide to a Fabulous Las Vegas Wedding"Â  Contains Las Vegas wedding laws, chapel information, caterers, florists, photographers, things to do, and more. "Romantic Budget Wedding Ideas"Â  ContainsÂ specific resources to help you budget and save money on your wedding, your dress, the reception and more. Twitter: www.twitter.com/DeborahDian
InfoBarrel is a writing platform for non-fiction, reference-based, informative content. Opinions expressed by InfoBarrel writers are their own.
InfoBarrel > Travel & Places > Places > United States

Sleep Cheap and Save Money

Although there are many elegant and expensive Vegas hotels, you can also find a number of high quality, cheap that are either near the downtown casinos or near the Vegas Strip, depending on your preference.  There is so much to do in this fun city, that most people do not spend a lot of time in their hotel rooms, anyway.  Therefore, you may just want to stay someplace reasonably priced, clean and convenient.  You do not need to spend a fortune in order to have a great time in Vegas … whether you are there for a wedding, or just for a fun-filled vacation.   One of the affordable hotels is the Stratosphere, pictured below:

Fifteen Hotels Advertised for under $175 a Night

This is a list of 15 places to stay that are either located on or near the Vegas Strip, or near the casinos in the downtown area of the city.  The places that I selected all have at least a 3 Star Rating on hotels.com and at least a 3.0 Guest Rating, based on the survey responses of former guests.  Like most large cities, there are even cheaper hotels where a person could stay in Vegas, but they had lower star ratings and often were not convenient to either the strip or the downtown casinos.  Some of them were near the airport, or located in the suburbs, so I have not included them.  I felt that most visitors to Vegas want an affordable place to stay, but they also want it to be located close to some of the casinos and other attractions.

The places that are listed below are ones that I felt comfortable suggesting to a first time visitor to Vegas, based on their ratings and guest recommendations.  All of these are places that have recently advertised weekend rates of under $150 a night on hotels.com.  I selected the month of March, 2011 for my sample rates, because that month is not during the heat of summer when many Vegas hotels have extremely low rates, anyway.  In addition, March is also not around the winter holidays when rates can be much more expensive than normal.  I felt that March was just a nice, normal month. If you decide to make reservations at one of these places on a Sunday through Thursday night, you would generally find that their weekday rates are even cheaper than their weekend rates.  I did not want to mislead readers by using a particularly cheap time, such as weekdays during the summer.  However, if you happen to be going to Vegas for a week in the summer, you can often find great price reductions!

At certain times of the year, Vegas can be especially expensive.  For example, if there is a major convention in town, such as the Consumer Electronics Convention that is held on the first weekend in January, after New Years Day every year, prices are likely to be exceptionally high.  That is a particularly difficult weekend to get reservations anywhere near the Vegas strip.  My husband and I have met friends in Vegas on that weekend, and we learned that we had to make our reservations a couple of months early in order to stay in the place we wanted.  Regardless of when you plan to stay in Vegas, the hotels on this list will usually be far less expensive than the major hotels on the strip, such as The Wynn, The Ballagio, New York-New York or The Venetian.  In the downtown area, one of the more desirable hotels is the Golden Nugget, and it can be expensive at times, too.  Although the luxury hotels tend to be more expensive than the ones on the list below, it does not hurt to check their prices.  Sometimes, during slow periods, you can get a good rate even on the most elegant hotels.  However, if you can’t find a low room rate in a big name hotel, the list of comfortable places below will give you some excellent alternatives.

In putting together this list, I have included the full names and phone numbers for each of these Vegas hotels so you can call them directly for more information.  Since prices change frequently, you can also search for their names on your favorite travel websites.  Often, however, I have found that it is possible to get even better deals when a guest talks to the hotel directly or when you check their rates on the hotel’s own website before booking your reservations.  The more research you do, and the more flexible you are with your travel plans, the more likely you are to find a great rate at a nice Vegas hotel.

One tip:  Find a good rate online, and then call the hotel directly.  Tell them about the rate you are looking at online, and see if they can either offer a better rate, or a better room for the same rate!  It never hurts to ask, and I have sometimes gotten fabulous rooms by calling the hotel and bargaining.

Some Fact about the Cheap Las Vegas Hotels

Of these 15 hotels on the list, the Hilton Grand Vacation Suites at the Flamingo was rated the highest by guests who had stayed there, followed closely by the Embassy Suites Convention Center.  Main Street Station was ranked the highest of the downtown hotels.  The Circus Circus Hotel & Casino on the Strip and the Imperial Palace were rated the lowest.  Remember, however, that they ranked the lowest out of this group of hotels.  There were many other Vegas hotels that were rated much lower, and they were simply not included in this list.

In addition, it is important to point out that many Vegas hotels allow smoking.  If you are a non-smoker, be sure to mention that you want to be on a non-smoking floor when you make your reservations.

Finally, Las Vegas often has special hotel deals, especially for tourists who are visiting during the heat of summer.  Do not limit yourself to just this list of hotels.  There may be other great opportunities out there.  However, before you jump on a good sounding hotel deal, find out how close it is to either the strip or downtown.

If You are Getting Married in Vegas, This Book is a Handy Guide 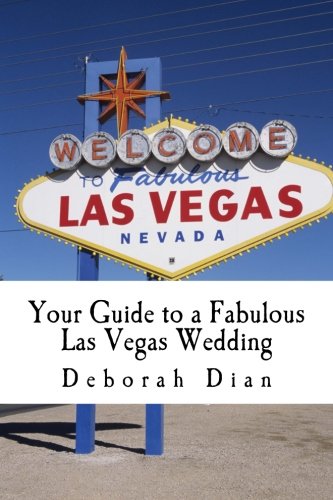 Your Guide to a Fabulous Las Vegas Wedding Amazon Price: $5.99 $4.32 Buy Now(price as of Mar 11, 2016)
Have the information you need at your fingertips, including the Nevada marriage laws, restaurants, chapels, where to rent wedding clothing, vendors, etc. Don't get married there without getting a paperback or Kindle version of this book.
Next >> A Punishing Hike to Mt. Ypsilon in Rocky Mountain National Park