I still remember the first time I saw Audrey Hepburn on the big screen. This was in her role as Eliza in My Fair Lady.  This very successful film was first released in 1964, and then again early in the 1970s, which is when I first saw it.

Audrey became a major star in the 1950s. Her first major movie role was in Roman Holiday. She had appeared in other films prior to this movie, but never in a starring role. It's a wonderful, fun movie that became a classic.  Today Audrey Hepburn is remembered as one of the most popular stars from the 50s, along with Marilyn Monroe, Doris Day, Elizabeth Taylor,  Grace Kelly and several others.

The Making of Roman Holiday With Gregory Peck

Audrey was in her early 20s when she won the role of Princess Ann. This would be the role that would introduce her to audiences around the world.  Prior to this she had only been in small parts.

She may have been aware that she was not the woman they had in mind for the lead.  It was believed producers wanted Elizabeth Taylor to play the Princess. However, she won the director over with her screen test. If she was intimidated or nervous it did not show.  The director thought she was enchanting, and  he immediately decided he had the right person to play the Princess.  His instincts turned out to be very good.

Her leading man was Gregory Peck, who was already a major box office star. One can only imagine the pressure she may have felt under the circumstances. She was the female lead who would be acting with one of Hollywood's biggest stars.

Gregory Peck had already acted with some of the best known actresses of that era. He quickly concluded that she would be very successful in her career. Of course time would prove that he was right about that. Peck suggested to producers that they give Audrey equal billing in the film. It is almost unheard of for an unknown star to receive equal credit in a movie, but he was a kindly, thoughtful man who wanted to do the right thing.

The movie was filmed on location in Rome.  This was very unusual in the 1950s.  Almost every movie was filmed in Hollywood with fake backgrounds.  Filming in Italy made the story more authentic.

A sequel to the movie was discussed many years after the original, but it never happened. I'm not supportive of many sequels as a rule, but that is one that probably would have worked. In my opinion, Audrey and Gregory were one of the most romantic and lovely screen couples of all time.  The two began a friendship while filming the movie that would last until her untimely death. He was said to be very upset at her passing.

She had a classic elegance

Audrey was born in Belgium but had British citizenship from her father. She didn't have the happiest of childhoods. Her mother had been married before, and she had two half brothers. Her parents split up when she was about six due to her father's infidelity.

Audrey moved to England with her mother and siblings. Once Britain went to war with Germany in World War 2, the family moved to the Netherlands, thinking they would be safe there. This did not turn out to be the case.

Like many people during that time, they did not have enough food to eat and life was very grim. She learned the ballet, and loved to dance. Money was scarce, however, and Audrey wanted to earn a decent living. When the war ended the family moved to London, and she found work in the theater.

Eventually she was offered a role on Broadway. Her film career started around 1951, and within a couple of years she landed the role in Roman Holiday. Her life would never be the same.

Following the success of Roman Holiday, producers couldn't wait to cast her once again in a romantic drama. The film was called Sabrina. She was romanced by two brothers, played by William Holden and Humphrey Bogart. This movie was also very charming and a big hit. How could you go wrong with Hepburn, Holden and Bogart? Both men were very popular at the time.

The role that most defined her career was Holly in Breakfast at Tiffanys. Her black dress, pearls and sunglasses are among the most iconic images in movie history. This became the Audrey Hepburn style. Holly had an elegant and classy fashion style, and so did the actress. People sometimes had trouble separating the two, although Audrey was nothing like her character. In fact, she named that role as one of her most challenging. She was a private and rather shy person, nothing like the flamboyant Holly.

In the 1960s she played Eliza Doolittle in My Fair Lady. While most people appreciated how she portrated Eliza, there was criticism because the singing was dubbed. Some people felt that Julie Andrews should have received the part, having played the role successfully on Broadway. However, Audrey was much better known at the time, and was a proven box office success.  This is why she was given the part.  It was only a short time later that Andrews was given the role of Maria in The Sound of Music.

My Fair Lady was her last big successful role. She did appear in a few other movies, including the thriller Wait Until Dark, but none of these matched her previous success.

In later years she devoted a lot of her time to charitable work. She worked tirelessly for UNICEF for many years. Having lived in the Netherlands during the Second World War and enduring the horrors of that era, she wanted to do all she could to help others in need. Audrey was a class act with wonderful style and grace. She was admired and loved by many. She was only 63 when she died in 1993 after suffering with cancer.

All images in this article are in the public domain and were obtained from Pixabay. 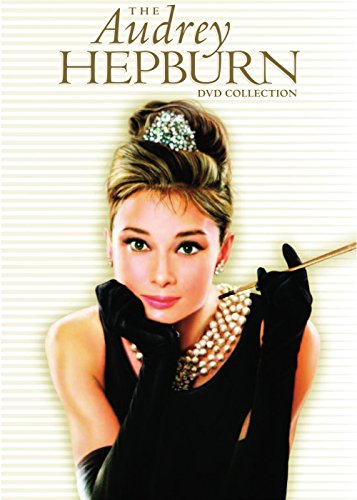