Credit: javrsmithAugust was a mixed revenue month for me. There were some good surprises, some bad and some expected results. Mainly, the revenue figures have shown me where I should focus in the near to long term future.My own niche site recovered in August. This site used to earn upwards of $50 per month from Adsense revenue. In recent months, the total dropped to less than $5. In June, 2013, it was about $2. August, 2013, saw revenue of $10.23 from the site. While still a far cry from the top months, it shows that the site has recovered from the recent trouble. Not that I could establish what the problem was. My site was never delisted from search engines. It received decent traffic. Diminished, but steady. While many days would see no revenue at all, a couple of times $2+ was achieved. In the modern days where backlinks are to be de-emphasized, I suppose I should clean up this site somewhat. I really have no energy for that. I will either sell it or leave it alone. In fact, I had decided to leave it. With the August performance, that may have been a good idea. I have no idea what September will bring.My Infobarrel earning were only $2.13. This brings my existing balance to $37.75. The cashout is at $50. I have 277 articles on the site so I made just under 1 cent for each. My top two earning articles made 61 and 52 cents each. That means that at least 111 of my articles made nothing. It's actually worse than that. One of my images made 20 cents. The earnings report shows that my last two pages of articles made a total of $0.00. To be honest, however, I have not written very much new content at Infobarrel. I have published seven articles in the past seven months. I doubt that I will publish very many in September, either.My Squidoo earnings were marginal, perhaps $6. I have one lens that has maintained a reasonable ranking and a couple of others that started well in the month. A few dollars were earned through Amazon sales. Squidoo has become much less profitable than it once was. Their traffic ranking has suffered. The site has been changing rapidly in a desperate attempt to repair their image. It has become difficult to work with as an author. I actually have not suffered much there, having had only a few lenses locked. I have also experienced a little trouble re-publishing but I was able to overcome the problem. Many other authors have had severe issues with the site. I do not recommend that system for new authors.Bubblews has been a bright spot. I was able to cash out over $50 in August. Towards the end of the month, and into September, I have been vacationing. During that time, I have not posted anything and I have contributed few likes or comments. My passive earnings have hit $5 in the past week. That is quite reasonable, in my opinion. Each new post usually results in an immediate revenue of 50 to 75 cents for me. Some are better. I have tried to post topics that are trending well on Twitter. This has been moderately successful. More data is required. Bubblews is still having some issues with site reliability and some authors report that they are still not being paid. I have received 5 payouts to day, none lost.My Amazon Kindle sales were quite good in the month. The combined total for all my titles was about $209. I was able to sell a few books to Brasil. This put me over the top for a payout from that country. Amazon has an interesting system. Each separate site, (US, Canada, UK, Germany, etc), tracks sales independently. To receive a payment, the balance must be greater than $10 for a site. I had made a single sale in Brasil earlier, but the revenue was still short of $10. With the new sales, the payout threshold was reached. I was also able to reach the payout amount for several others. Of the $209 total, I should see payments of about $190 by the middle of October.I did publish a new title on Amazon Kindle in the month. This was a children's cartoon book. I have good hopes for it in the future but it has not attracted any interest so far. I have revisions planned, and some companion volumes. This and a marketing campaign may help revenue potential.Over the past few years, I have diversified my online income sources. This, I feel, is vital if you want to earn any real money online. The landscape is quite different now than it was less than a year ago. Some big sites that I used to frequent have disappeared. Luckily Infobarrel remains. The administrators here are working on improvements basically all the time. They are also very approachable. Infobarrel remains one of my most viewed URL. Thank-you. 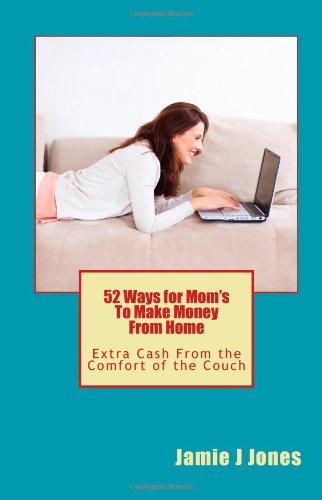