You've read Harry Potter and you have read the Lord of the Rings, you have just started into the Fantasy literature genre and that's great! However, when you take to the fantasy community for recommendations into further fantasy works, the recommendations you get all almost all the same.

The Wheel of Time by Robert Jordan A Song of Fire and Ice by George R.R. Martin The Sword of Truth by Terry Goodkind

The above are all great works and if you haven't read them, get to work. However, after you finish those long series of books, what then? You'll go back to the community for suggestions, and those names will just pop up again.

Here are some other, lesser known, but still awesome fantasy books.

This is a series that almost never gets mentioned for some reason, but it is a fantastic series of books. The story follows Cutris Macurdy in the first book where it starts off following him as a young boy during the pre-depression era United States. The books then follow him on a journey to another world where he fights in a war and eventually ends up back in this world to fight in World War 2. 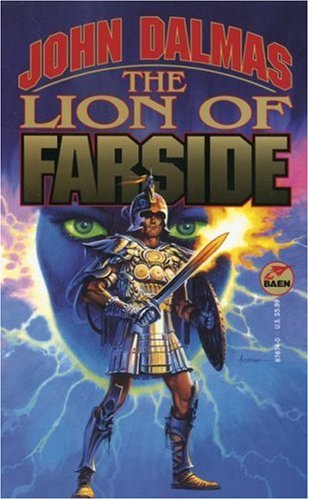 The Lion of Farside Amazon Price: $6.99 Buy Now(price as of Aug 19, 2016)
The book combines realism with magic in a way where, if it did exist in this world, it would be totally believable. There are no giant dragons, but magic in the Farside universe is all about subtlety in its use to keep it believable. This is a good easy series to get into even for non-hardcore fantasy fans. They plot isn't terribly complicated and there is not hundreds of made up locations and characters to keep track of. The plot line draws you in from the first page and familiarizes you with the storyline in a quick and easy manner. It is not exactly Crime and Punishment, but it is a great read all around.

This brings a relatively new idea to the world of fantasy. The idea is that there are concepts in the world—like death, nature, war—and they all have guardians who are the human incarnations of these concepts. Each book in the series deals with the person and how they become the personification, or incarnation technically, of their particular concept. Some do it by killing the previous incarnation, others are chosen by their actions. For example, the incarnation of evil (essentially the devil) is chosen from his evil actions. 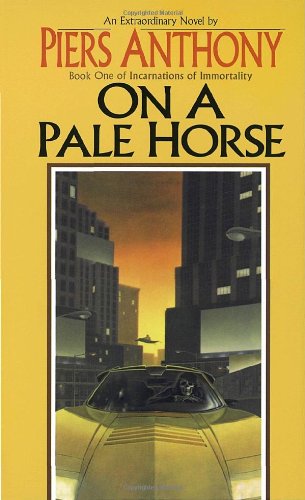 On a Pale Horse (Incarnations of Immortality, Bk. 1) Amazon Price: $7.99 $3.40 Buy Now(price as of Aug 19, 2016)
It is, as I said before, a new premise for a fantasy book and an extremely interesting one at that. The only bad thing is the first few pages don't exactly draw you in. You have to really get going in the books before they start getting interesting. However, as you go through the series, you will start to see characters from previous books make an appearance while already holding their incarnations. I love how ending a book, and thus a story of a person, doesn't mean they are gone and forgotten about. As you grow to know each incarnation it is a thrill when they show up in the other books.

The Deed of Paksenarrion Series by Elizabeth Moon

All the above series sound pretty cool, but you want all that swords and socery business everyone expects from fantasy books? Well, here is a trilogy for you. There isn't exactly a lot of socery, as any superpowers are bestowed by the Gods. Speaking of which, this series has quite the developed series of Gods in it. Which is really just awe-inspiring. The story follows Paksenarrion Dorthansdotter (quite the mouthful, I know) who is a country girl trying to escape an arranged marriage and join a mercenary company. The story follows her through the ranks of the mercenary group and eventually sees her appointed as a paladin. 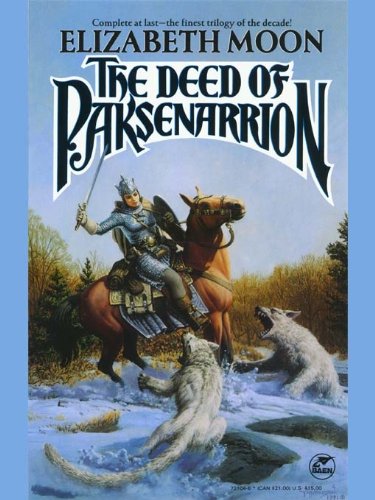 The Deed of Paksenarrion (Paksenarrion Series combo volumes Book 1) Amazon Price: Buy Now(price as of Aug 19, 2016)
It is nice to see a strong female lead, always. However, the author creates a world that is so addicting, especially to those who enjoy brave warriors and battles. it is a page turner right from the start of the book. It is also a refreshing sight to see a woman rise from country bumpkin into a hardened warrior who doesn't need any prince sweeping her off her feet. Leave that to those smutty medieval romance novels.

Lion of Macedon by David Gremmell

This series of books can hardly be classified as a series, what with only being two books long. However, it is my all-time favorite series by David Gemmell, who is a brilliant fantasy author, so you can always check out some of his other works. However, what really thrills me about this series is that is combines fantasy with history. Historical fiction is probably my favorite thing ever. The story of these books follows Parmenion, a boy who grows up in Sparta and eventually fights his way to becoming one of Alexander the Great's most trusted generals. 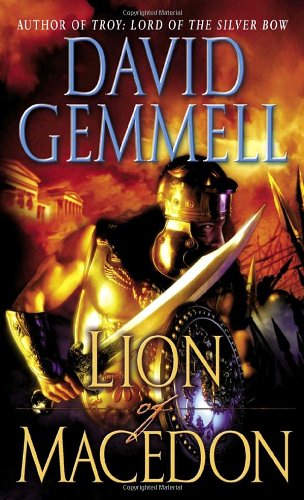 Lion of Macedon (Greek Series) Amazon Price: $7.99 $3.70 Buy Now(price as of Aug 19, 2016)
This book series also has some ties to David Gemmell's other fantasy series The Stones of Power, however, you don't need to read it to understand this series. Though, it is another great series to read if you are short on suggestions. These books, both of them draw readers in right away in action packed style making sure it has it's hooks in you right away. However, while it is historical fiction, it does have all the trappings of a good fantasy novel.

Ever feel like everyone is better than you at everything? Main character Tavi knows those feelings. Her is surrounded by people who have control over elemental powers called "furies". However, while everyone has those powers, Tavi has nothing. How does a average weakling get along in a world filled with power with no powers? Well, you have to be clever, that is Tavi's aim to fame, his cleverness. With any lucky, his ingenuity will get him by in the world and he may discover the key to unlocking his powers. 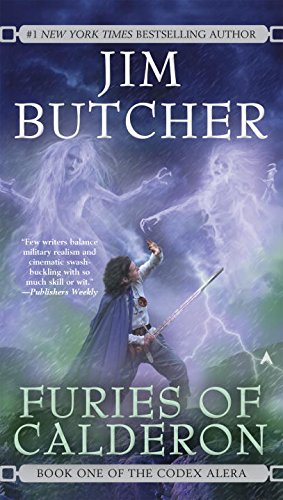 Furies of Calderon (Codex Alera, Book 1) Amazon Price: $9.99 $4.34 Buy Now(price as of Aug 19, 2016)
Codex Alera paints an amazingly vibrant world that really draws readers in, plus it has a main character that is an extreme underdog. everyone loves underdogs, right? There haven't been a whole lot of books with magic on this list, so I figured it needed at least one. The world the Butcher creates is filling to the brim with magic and addictive characters that use it. The series isn't finished yet, so you may find yourself drooling for more when you catch up.
Next >> A Dark and Controversial Crime Fighter