The Gloves Come On

Baseball glove history and the evolution of this most basic piece of game equipment is a rich one.
The lowly glove took America's game from a brutal contact sport to levels of civil behavior unimaginable when the first games were played, bare handed.  Vintage Years
The American game of baseball evolved from two British games, rounders (in the mid 18th century) and early cricket. These games were played using posts or large stones for what are

Credit: Worcester, 1787now called bases.
Baseball was probably the first integrated sport.  Blacks and whites played on the same teams (until the 1890s when Reconstruction in the Deep South ended and segregationist attitudes took over the country).  Women, too, played the game, with men on the same teams sometimes.  Early baseball was brutal.  Pioneers in baseball played with no safety equipment.  There were no dugout benches.  Players lounged, often prone, on the field right along the baselines where a passing runner could easily kick them in the head.
The game originally (later known as the now-defunct "Massachusetts Game") allowed runners to be put out by throwing the ball at them!  This method of retiring a runner was called

Credit: Peck & Snyder, 1863 "soaking".  In the later game that became modern baseball (known as the "New York" game) "soaking" was disallowed.  Runners had to be physically tagged with a held ball or caught at the advance plate on a throw (the same as today).  Pitching stance was almost balletic early in the game's history.  Pitchers stood with one leg crossed over the other, one foot pointed out.  Early pitching was underhanded, as in softball.  Although there were regulations about snapping the wrist to add more zip to a pitched ball, many pitchers developed a subtle technique for doing just that.
Thus, a catcher's job in baseball was perhaps the most dangerous.  Catchers then stood upright and bare handed, and did their jobs from a safer place several feet behind the plate.  This was to avoid cracks in the skull from an overswung bat and head injuries from foul tips.  But the sting of a fast pitch as it slapped on a catcher's naked hands was unrelieved by a few extra feet from the plate.The crouching position for catchers known today was revolutionized in 1887 by a one-fourth Chippewa Indian player named Charles "Chief" Zimmer.  This brought him closer to the plate while allowing him to avoid injury from bats and fouls.  [Zimmer also had the distinction of endorsing a hugely popular baseball board game featuring his image called "Zimmer's Baseball Game" six years later.  The game is extremely collectible and features images of 17 other famous players whom Zimmer convinced to add their likenesses.] Officials were not immune to injury either.  Umpires (both male and female) stood behind the plate and also originally right behind the pitcher; the infield umpire had to call all three bases from that line-of-fire position.  For women this running around and officiating was doubly difficult in the long skirts of the era. The baseball itself was handmade, many times by a member of a team playing that day (Albert Spalding and Al Reach were both early players who developed successful sporting

Credit: public domainequipment companies, and who made game balls for their teams).  The ball, however, was not the aerodynamic sphere it is today.  At best, it could be walloped about 400 feet, but rarely.  Also, its light weight made it hard to throw great distances.  The game played then did not rely upon power hitting at all.  The out-of-the-park homer did not exist – there were no back fences or walls on fields then.  Any ball on the ground, as long as it was in fair territory, was playable.  Most players strove for base hits, just to keep the bases full and the action going.  Because of this playing style, the infielders' hands got a serious work out, and by the end of most games the third baseman's hands (where a lot of action occurred with no shortstop until about 1849) were swollen.  Broken and jammed fingers and wrists were typical, as were concussive slaps on the palms.
Injuries were common and expected.  Death was involved as well.  After hitting a strenuous home run in a game, an early player died of a ruptured bladder (probably his bladder was full with no breaks in the action to relieve himself).  Because many early baseball players also played cricket, the team's management blamed his death on an injury received in a cricket game to shunt negative publicity.Hands were the most useful tool in baseball.  Keeping them in good shape was sometimes next to impossible.Gloving Up
Catchers were the most physically worn down of any team member.  Game seasons started out in the early days at about 30 games per year.  This increased to 80 over a short period, and some teams had "relief" catchers (as

today there are relief pitchers) to give their catchers some rest.
Catchers, though, were the first players to adopt some form of safety gear.  Up until the 1870s their only protection was a rubber mouthpiece.  In 1875, the captain of the Harvard University Base Ball Club (Fred Thayer) made the first catcher's mask.  It was worn in a game in 1876; it had no padding, but the wire grate helped protect the player's face.  The invention of the baseball glove was not the result of one single "Eureka" moment.  The wearing of gloves was considered by many unmanly in the game of baseball, except for catchers who wore them routinely after a time.  Some players in the 1860s used them infrequently, but the stigma was too great to overcome for general usage.  This attitude prevailed for some time after the first commonly-used gloves were accepted, too.  George

Credit: public domainEllard, a founding member of the first professional baseball team, the Cincinnati Reds, wrote a bit of doggerel in the 1880s (now classic) in honor of his 1869 team:

We used no mattress on our handsNo cage upon our face.We stood right up and caught the ballWith courage and with grace.

However, players grew tired of the stinging palms from the constant slapping of the ball.  Spalding, for example, at his first

base position began wearing a discreet, flesh-colored skin-tight glove – no one noticed it, and it helped stop the sting.  As acceptance of these hand-saving devices grew, the gloves became sturdier, some fingerless, others with fingers.  Most infielders used both – a fingered glove on one hand to take the brunt of the catching impact and a fingerless one on the other to allow better control in throwing.
In 1885, G.H. Rawlings applied for and received a patent for two styles of early baseball gloves (that would help launch the juggernaut Rawlings sporting-goods company in 1887).

Credit: US Patent Office, public domain And yet these contained no padding, nor were they thought of as defensive pieces of playing equipment.  They were merely to protect the hands from stinging.  Later, the padded version came along of necessity – one player made one to surround two of his broken fingers with extra wadding so he could continue to play injured!  That's dedication.  A key issue in baseball then as now was keeping hold of the ball once it was in possession of a fielder.  Gloves became more elaborate with surface stitching worked in to aid in ball retention.  The "pocket" of the glove was developed by fleshing out a quasi-donut shape in the palm area with extra padding, allowing a fielded ball to socket securely into the palm on a catch.  Catchers went to extremes on their padded mitts.  Once the squatting position of catcher Charles Zimmer had been universally adapted, catchers used bigger and bigger mitts to increase their chances of holding onto a pitched ball (by then the game allowed overhand – actually more of a sidewinding action – pitches).  The gloves became so ridiculous that one style was 48 inches in circumference (that's the size of a hubcap on an average car).  Baseball organizations created standards later limiting the size and weight of gloves.But, as before, from a defensive infielder's position, the glove was an aid, but no real advantage except as protection, with a larger pocket to catch in.  One of the last features added to the baseball glove was the webbing between the thumb and first finger.  Balls tended to slip through this spot on flies, so originally a leather thong was strung between the two digits.  This segued into the more elaborate leather and lace-up webbed pouch in today's gloves.

Credit: public domain
Baseball's history is not only told in its players, but also in the development of its accoutrements.  Vintage baseball gloves are interesting curios, and they grace many museums.  The baseball glove helped gentrify the game from one of swollen hands and broken and sprung fingers to a more genteel one of defensive fielding, and great throwing and catching.
***

There's a lot of fun to be had in this book 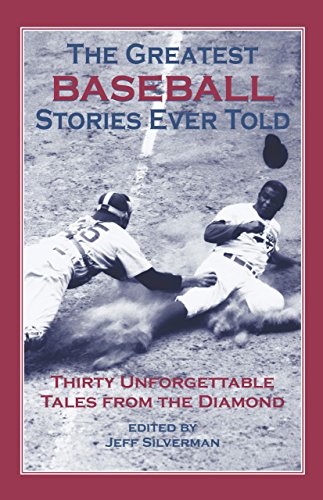 One of the best movies ever made about the game 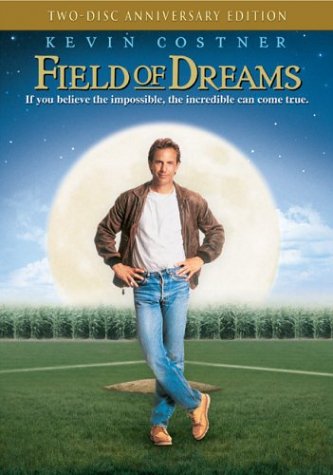 not about baseball (by the author)