InfoBarrel is a writing platform for non-fiction, reference-based, informative content. Opinions expressed by InfoBarrel writers are their own.
InfoBarrel > Lifestyle > Fashion

Downton Abbey is one of the most popular British TV-series of the last years. As a matter of fact, the TV series has been received with enormous enthusiasm all around the world and not only in Britain. The success of Downton Abbey is quite a significant one, since the series have been broadcast in more than 100 countries worldwide! Therefore, it is only natural to wonder: What made it so appealing? Well, for starters, it is certainly a well made TV-series – at least from a technical point of view. It is an expensive production and it enjoys a great cast. The plot grabs your attention from the beginning and keeps you hooked. What is more, the events are intertwined with true historical facts, giving at times the impression that the series works as an excuse for actually showing the lives of people from as many social classes as possible and their response to crisis of humanity, such as World Wars, for instance. Finally, contributing to the credibility, authenticity, but also to the glamour of the TV production are the costumes, which are historically accurate and, nevertheless, beautiful and inspiring! 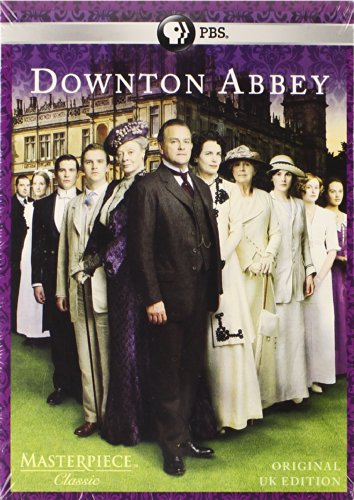 I can imagine many viewers staring at the screen, with their eyes wide open, craving for all of those fancy, aristocratic clothes: dresses, suits, ties, shirts or hats, you name it! All those outfits certainly look amazing in all of those fabulous settings, as the furniture we see on the screen is not only beautifully crafted, but also harmoniously arranged to dress the sumptuous rooms of Downton, just like the costumes dress the drama and make it likeable, sophisticated, soft. Downton Abbey is not the only TV drama with a strong taste of history that had a marvelous success. A number of historical dramas have been broadcast on TV over the past few years: The Borgias, The Tudors, Rome and Elizabeth I. All the aforementioned TV-series registered a significant commercial success.  It is certainly a trend by now for the TV series to also display a myriad of fabulous costumes, both beautiful and accurate, going by the book. My take on the phenomenon would be that the love for beautiful and well-crafted costumes played a big role on the success of these TV productions. It must all be about the same love and curiosity that lead 100.000 people each year to visit Bath’s Fashion Museum...

The Fashion Museum of Bath

This year marks 50 years since the Bath Costume Museum opened its doors to the public for the first time. While its name has recently changed to Bath Fashion Museum, the essence of its existence remains the same: the museum gives the opportunity to people to learn about the history of fashion, to admire costumes from forgotten or remote eras and consequently to satisfy their curiosity for the way people used to live their lives in distant historical eras. The museum was funded by Doris Langley Moore, one of Britain’s first fashion historians, and today it features items from fashion designers such as Mary Quant, Giorgio Armani, John Galliano, Ralph Lauren, John Bates and Bill Gibb.

The Bath Fashion Museum often hosts temporary exhibitions. Last year in particular, it managed to draw the attention of fashion hunters, cinema goers and, of course, Bath’s tourists as well. I would naturally dare to suppose that it might be hard for a tourist to leave a comfortable room, be it at Travelodge hotel in Bath, after having just visited and arrived from the famous Roman Baths of the city. Still, the interest the exhibition generated proved for the facts to be otherwise, as many tourists eagerly attended the event.

The exhibition was titled Jubilee: Dressing the Monarchy on Stage and Screen and it presented to the public over 50 costumes from stage, film and television productions that portrayed the Royal family though the years. Visitors had the chance to see at close range the costumes that were used in movies such as The King’s Speech, The Queen and W.E. and television shows like The Tudors. It always gives one a feeling of satisfaction and fulfillment when even being given the illusion that one is close to one royal fact, truth or myth, after all. Thus, the exhibition has a real impact on the wider audiences.

As for this year, being the 50th anniversary of the museum, one couldn’t expect nothing else but a big celebration highlighting the history of the museum. Indeed, the exhibition titled 50 Fabulous Frocks and lasting all year long will showcase the history of fashion of the 20th century, along with important items that the museum keeps to its permanent collection, such as the Champagne Dress that was worn at a fancy dress party back in 1902. For the ones that are more interested in nowadays fashion trends and can’t stop reading fashion blogs all day long, here are some names of some modern fashion designers that will be presented at the exhibition: Yves Saint Laurent, Christian Dior, Vionnet, Schiaparelli, Jean-Paul Gaultier, Vivienne Westwood, Ossie Clark,  John Rocha.