I'm professional photographer, screenwriter and aspiring tv showrunner. I love coffee, swimming and my girlfriend.
InfoBarrel is a writing platform for non-fiction, reference-based, informative content. Opinions expressed by InfoBarrel writers are their own.
InfoBarrel > Technology > Mobile

This picture was taken using a smartphone.

With all the innovation, technology and state of the art software; How is it possible that our pictures are blurry, out of focus, too dark or too bright?

We buy smartphones that can do amazing things. They have the ability to pinpoint our exact location on earth, they can spot the stars and constellations, and give us information on literally any subject whatsoever; so why can't they take perfect pictures every single time?

The problem is that the picture taking process has not changed. We've reduced the size of the cameras, but they still have the same moving parts. An $800 smartphone, a $20 disposable film camera and a $40,000 Hasselblad camera, use exactly the same photographic process to capture images. For better or worse the technical aspect of the pictures taking process in a smartphone is automated, so...

Let's talk about the things we can control to become better smartphone photographers:

A photo has basically two layers: the foreground and the background. The first one is very evident because almost every picture taken with a smartphone focuses on the object or subject locate in the foreground.

I remember when I took the picture below, the baby sloth kept slowly moving from branch to branch and I was following him to take the picture but the background was no good. This picture was taken at a wild animal rescue center. I wanted to photograph this cute sloth without any cages or walls.

The only background I could use was the dirt floor. I waited with my phone in hand ready to snap at the right moment. Eventually the little sloth came to a position where I could hide all the unwanted elements and focus my viewer's attention to the most important part of the picture: my subject, the two-toed sloth.

Before taking pictures look at the background, ask your subject to move to a better one, and take the picture; if you can't control your subject, you have to either wait for it to move or move yourself around it.

This picture was taken using a smartphone.

What to avoid in the background?

-Caution signs, posters or any other written information that can distract the viewer from the object or subject in the picture.

-Light sources: The automate camera will expose properly for the brigthest light source in frame.

-Mirrors: Think of a picture as a window to a new world. Mirrors will reveal information that should be hidden.

-Colorful objects: Unless you want them to be the main purpose of the photograph, big red wagons in the background will definitely win the attention over the foreground.

It's important to mention that once you develop your creative eye, you can use everything I've told you to avoid, to make really cool photos.

Sometimes horizontal shot are necessary, for example if you're shooting a picture of a stage, concert or school play. The horizontal pictures work better for scenery shots. It's not helpful to see a vertical picture of the Golden Gate or Grand Canyon, if your goal is to have as much as possible in frame. This also applies for group shots or group selfies. The horizontal view is more natural to the human vision.

Sunset, landscapes and group shots are easier to shoot using the phone in the horizontal plane. Another important fact is that for moving subjects like: cars, people or animals; the framing area is bigger making it easier to snap pictures. The wide angle makes the phone a lot more stable so the pictures are less likely to come out blurry.

If you're on a boat, the movement of the water might be a factor to consider, shoot horizontal and later you can crop the pictures to make them vertical. Cropping is also a good tool to remove unwanted objects from the photo.

Vertical photos can be used for portraits but it requires a lot more planning and posing than horizontal shots. I prefer to shoot vertical photos for objects that won't fit in the frame: buildings, certain landscapes, vertical elements like trees (specially if I'm shooting from below).

This picture was shot using a smartphone.

This picture is vertical because I didn't want to loose the volcano in the pastures and the nearby mountains. I actually shot two pictures to compare and decide. A horizontal shot includes more of the surroundings and makes the volcano look smaller.

This picture was shot using a smartphone.

All rules can and should be broken.

Composition is the art of arranging elements in the frame  to make the picture look better. This idea comes from painting, there is much that can be learned from looking at the great paintings of the last century. Each composition is create to enhance the viewer's attention. Professional photographers use the rules every time, if you're into serious photography, the video below contains useful information about the subject.

The most notorious problem with selfies is the distance between the subject and camera. The length of one's arm is not enough distance to remove the wide angle distortion. This is a normal feature in every wide angle lens, the only way to correct it is to move further from the camera. That's where the selfie stick comes in handy. 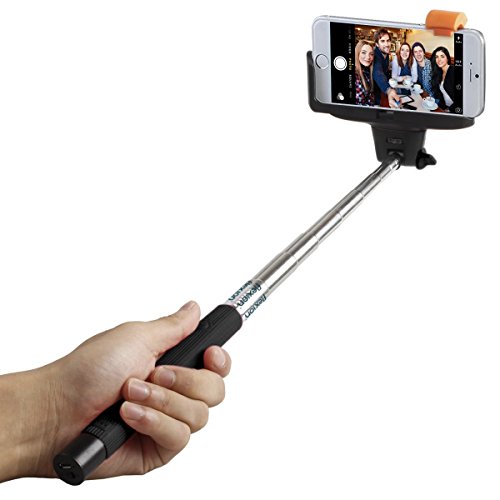 Selfies should be taken with enough light. Photography is all about light, no light no picture. When taking selfies try to place the smartphone between the biggest light source and yourself. When indoors keep the windows and open doors out of frame, the automated sensor will adjust the light taking into account every light source in frame. The brightest spot will trigger the camera to regulate the amount of light the sensor receives, in common English this translates to dark or bright elements in frame. If your selfie is too dark the best thing you can do is rotate 180 degrees and retake the picture.

It's always recommended to take a lot of pictures, I personally take in between eight and ten photos to choose the best one. In some cases the wide angle distortion can be used creatively so experiment and delete the photos that aren't good enough.

The picture above is an example of the rules being broken. I took this photo with the knowledge that the clouds in the background would be too bright. All the details of the clouds are gone and that allows my face to be seen. My nose is gigantic and my cheeks look bigger than what they actually are. Notice how far apart my eyes are from each other.

I dislike looking into the camera, but that's just me. So everything I've told you are guidelines and tips that have helped me. You can experiment and find interesting results. The bottom line is that you don't need expensive cameras or accessories to take better photos. I do however recommend learning the basics, and investing in books rather than upgrading cameras. 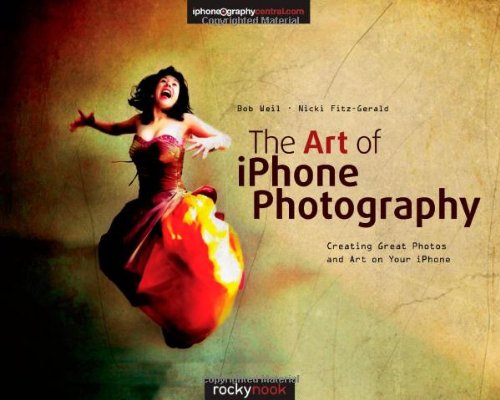