I am a retired teacher of English as a second language. I teach on line via Skype, and write on-line articles which reflect my love of travel, language, literature, history and culture. I love writing for InfoBarrel. Why not join me by signing up here: http://www.infobarrel.com/signup.php
InfoBarrel is a writing platform for non-fiction, reference-based, informative content. Opinions expressed by InfoBarrel writers are their own.
InfoBarrel > Travel & Places > Places > United Kingdom

If you are are planning a trip to London, you may be drawn to the city's rich history, its world class entertainment, or its great shopping. You can look forward to taking a city tour on a genuine double-decker bus, sampling authentic British pub food, and perhaps becoming acquainted with some of the individuals described in this article, who are an integral part of London's rich history and traditions.

If you are flying into London, your first encounter with a real Londoner is likely to be with a taxi driver.

When you climb into the black, boxy London cab, you may be greeted with a cheery "Where to, mate?"  You will state your destination, the driver will know exactly where it is, and will take you directly there.

If you are wondering why this is even worth mentioning, consider these facts:

The Maze of Central London Streets

It is therefore hardly surprising that it is a real challenge to become a London taxi driver, an accomplishment which can take anywhere upward of two years. Aspiring candidates have to study for "The Knowledge," a series of oral examinations which become progressively harder, with the final test reputed to be the hardest examination in the world. In order to pass this grueling exam, trainee cabbies must become familiar with all the 25,000 streets within a six-mile radius of Charing Cross, including one way-streets, dead ends and all the businesses and landmarks on each street. The Knowledge is, in fact, such a memory challenge that acquiring it has been shown to change the structure of the candidate's brain1.

One of the most familiar symbols of London is a foot soldier in a red jacket and an oversize black bearskin hat. This is a Grenadier Guard, who may look like a toy solder but is actually an active member of an elite British infantry regiment assigned to guard the Queen's residences2.

A free activity that many tourists enjoy in London is watching Grenadiers in the Changing of the Guard ceremony at Buckingham Palace. This happens every morning at 11:30 a.m. throughout the summer. In the winter the ceremony takes place every other day.3

The Royal residences are also under the protection of mounted Horse Guards. While the horses show signs of life by occasionally flicking their tails or ears, their riders sit astride their mounts like living statues and never seem to move a muscle.

The photographer of the image below caught the Life Guard giving an uncharacteristic yawn.

Credit: By Gryffindor - Own work, Public Domain, https://commons.wikimedia.org/w/index.php?curid=766635The Blues and Royals shown below wear a similar uniform with a navy blue jacket and a red plumed helmet.

You can watch the Changing of the Life Guard at Horse Guards Parade near Whitehall, about a six minute walk from Charing Cross tube (subway) station. Although subject to change for state occasions, the ceremony generally takes place every day at 11 a.m. on weekdays and 10 a.m. on Sundays.  There is also a Dismounting Ceremony that takes place every afternoon at 4 p.m. in the Horse Guard building courtyard. 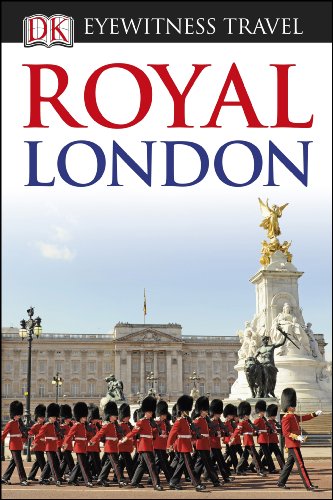 When I worked in London in the 1960s a frequent sight was a businessman dressed in an elegantly tailored suit, carrying an umbrella and sporting a bowler hat. This natty headgear used to be virtually required dress for city businessmen in the post war world,5 but started to disappear in the 70s as business attire became less formal.

You may still see an occasional city gent decked out in a three piece suit and bowler, however. In addition, Cavalry officers still wear bowlers for their annual parade, and are expected to wear a suit and bowler hat when on duty in London5.

As you are walking around the London district of Chelsea you might see some old gentlemen in long red coats decorated with military medals. These are Chelsea Pensioners, who live at the Royal Chelsea Hospital, a retirement home for army veterans founded over 300 years ago by King Charles II6.

To be admitted to the Royal Chelsea Hospital an ex-serviceperson must be 65 or older, able to live independently in sheltered accommodation, and have no family responsibilities. The hospital provides residents with a private room, all their meals, and excellent medical care. They can enjoy the companionship of other veterans, visit the bar or restaurant at the Hospital Club, or enjoy gardening in an allotment (community garden)7. The hospital also supports charitable work in the surrounding community, so residents may assist with a soup kitchen for the homeless or help animals at the Battersea Dogs and Cats Home.6

One must-see destination for tourists is the Tower of London. For over a thousand years the Tower has served the British monarchy as a fortress, palace and prison8.  The price of admission includes an entertaining tour given by a colorfully-dressed Beefeater, more accurately referred to as a Yeoman Warder.

Credit: By Rudolph.A.furtado (Own work) [Public domain], via Wikimedia CommonsYeoman warders have been the official guardians of the Tower since it was built by William the Conqueror in 1080, making them one of the oldest security forces in the world. Modern Yeoman Warders are 22-year veterans who live in the Tower with their families so that they can be on-call 24 hours a day9.

No-one knows for certain where the nickname Beefeater originated, but there are several theories. They may have served as royal food tasters, or eaters of the King's beef. Some people believe they were partly paid with rations of beef, and that the name may have arisen from the fact that they were better fed than ordinary citizens.12

Historically, Beefeaters' duties included guarding, punishing and torturing prisoners. Nowadays, they serve as tour guides, historians and guardians of the Crown Jewels, which are housed in the Tower.

Beefeaters also perform ceremonial duties, one of which is the nightly Ceremony of the Keys, a traditional locking-up ritual which has taken place without interruption for almost 700 years. You can obtain free tickets to watch the Ceremony, which takes place every night just before 10 p.m, through the Tower of London website. However, due to its popularity, you may need to book up to 8 months in advance11.

When you visit the Tower you may see the famous Ravens of the Tower. Unlike Edgar Allen Poe's Nevermore raven, these birds are good rather than bad omens. According to legend, if the ravens abandon the Tower, England will experience a great disaster, so when you see the ravens you can rest assured that the kingdom is safe. They are cared for by the Yeoman Warder Ravenmaster, who hand rears fledgling birds, clips their wings, and feeds them a diet of raw meat10.

The Ravenmaster Introduces his Ravens 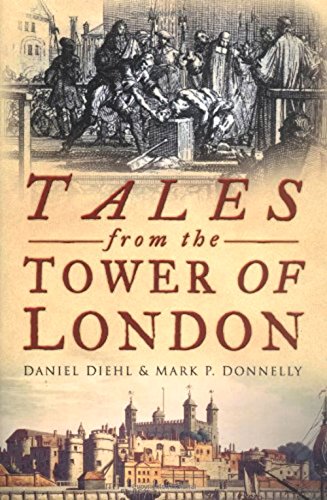 If asked to name a charitable organization known for its exotic costumes, North Americans might think of the Shriners. A Londoner, however, is likely to think of the Pearly Kings and Queens. Pearlies, as they are familiarly known, wear black clothing covered with various symbols made out of pearl buttons. Each outfit may have up to 30,000 hand-sewn buttons and weigh 30 kg. or more13.

The Pearly organization originated in the Victorian era. It had its roots in a tradition of mutual self-help among costermongers, itininerant street vendors who sold food to London's working poor. The costers were the original "flashy dressers". They attracted the attention of customers by decorating their clothes with lines or "flashes" of pearl buttons. Costers in different areas chose coster kings and queens. These were leaders who looked out for the costers' interests, protected them from exploitation, and raised money to help the needy.

In the 1880s a poor road sweeper named Henry Croft, who admired the costers' charity work, covered an old suit and top hat with symbols worked in pearl buttons along with the phrase "All for Charity." The coster kings and queens copied Henry's idea and found that these eye-catching costumes greatly helped their fund raising efforts14.

The Pearly organization has raised millions of pounds for charity and Pearlies are frequently seen wearing their decorated suits at charity events. Every autumn, the entire Pearly monarchy comes together at Guildhall to celebrate the Harvest Festival. They march to St. Mary Le Bow Church where they donate fruit, vegetables and cash to the Whitechapel Mission for the homeless15.

Members of Pearly Royalty Talk about Their Organization and its Work

British police officers are commonly referred to as "Peelers" or "Bobbies." These nicknames are ongoing reminders that the London police force was founded by Sir Robert Peel. Although Sir Robert served two terms as Prime Minister, he is best remembered for his achievements as Home Secretary (1822-30). These included sweeping criminal law and jail reform and the establishment of Britain's first permanent police force.16

The new force was founded on the Nine Principles outlined by Robert Peel. The Principles state that the goal of policing is to prevent crime by obtaining the trust and co-operation of the public. They stress the importance of good public relations, stating that “the police are the public and the public are the police,” and advise that physical force should only be used when “persuasion, advice and warning” fail17. As a primary crime prevention tool, Peel pioneered the concept of the police “beat"18 which is still a key component of community policing not only in the U.K. but around the world.

From royal traditions to those of the working class, from horse rider to cab driver, from young Pearly prince to old Chelsea Pensioner, these are some of the unforgettable characters that contribute to the rich fabric of London life.