China’s capital city of some 14 million people is changing at a frightening pace, meaning there has never been a better time to visit. When Beijing geared up for the Olympic Games back in 2008 around US $22 billion was invested in new infrastructure and redevelopment. Since then it has continued to pour money into modernizing the city but that doesn’t mean its losing its heritage.

While the city may still resemble a construction site in places, it’s still one of the most culturally and architecturally impressive cities in the Far East. You would expect it to be. Capital of the most heavily populated country and oldest civilization in the world, Beijing is a melting pot of the old and the new; the rich and the poor; the Communist and the Capitalist. It’s a city that contradicts and therefore surprises.

With so much to see it makes sense to choose your itinerary carefully and this is especially true for those with just a few days in the city. Thankfully, many of the Beijing’s main sites are centred around the infamous Tiananmen Square, Beijing’s focal point. To the north, there is the Forbidden City, home to generations of emperors up until the beginning of the 20th Century when China became a republic. For many visitors to Beijing, the Forbidden City is the highlight. From the moment you enter its huge entrance way, you are entering a place steeped in history. When this huge complex of pavilions and gardens was in use, the emperor himself would never leave its walled compound. Similarly, the masses were forbidden to enter, hence its name.

Entrance to the sprawling site is a little pricey by Chinese standards at about US $8 per person, but with so much to see, the Forbidden City and its grounds really require a day to explore anyway, meaning that its very good value for money. Those that want an audio guide can pay extra at the gate—the commentary is provided courtesy of James Bond star Roger Moore. Restaurants and bathrooms are available at regular intervals around the site.

A second day at Tiananmen is a must and provides an opportunity to take in a number of other interesting monuments considered pilgrimage sites for the average Chinese. The most popular is undoubtedly Chairman Mao Zedong’s Mausoleum situated in the centre of the square facing the former communist leader’s giant portrait that hangs over the entrance to the Forbidden City.

To get inside the mausoleum can take more than half an hour on a busy day but its certainly worth it, not least to witness the genuine enthusiasm of the Chinese tourists around you as they wait to see the body of the man they consider the father of modern China. Many buy flowers during the wait from surrounding stalls as gifts for their former leader. Once inside, officials shuffle tourists around Mao’s body, which is housed in a glass cabinet, eyes lit up. Out the other side you’ll get plenty of chances to buy that Chairman Mao T-shirt you always wanted, or indeed Chairman Mao anything, and prices are very reasonable.

The stereotypically Communist-looking structure just in front of the mausoleum, the Monument to the People’s Heroes, depicts revolutionary events in Chinese history, including leading figures the campaign in the 1950s that saw Chairman Mao rise to power.

To the West another monument to modern China worth taking a look at is the Great Hall of the People which houses The Communist Party’s Congress, a building on a truly gigantic scale. Visitors can go inside when Congress is not in session but most, particularly the Chinese, are happy taking photos from outside.

There are other gates, temples and places of interest dotted around Tiananmen Square worth visiting. It is also interesting just hanging around—the square serves as a focal point for locals who come to fly kites, a very popular Chinese pastime, eat or just take a stroll.

Getting around the city when you’ve seen enough of the Tiananmen Square area requires jumping into one of the reasonably priced metre taxis, or the metro, which runs in a wide loop around the Forbidden City with lines branching off in all directions. There are two stations at the southern end of Tiananmen Square —one in the western corner and another on the opposite eastern side.

Those eager to see The Great Wall will have to travel a little further. The nearest section of the wall lies 70km northwest of Beijing at Badaling. Buses to the site take about two hours and are very reasonably priced at just over US $1 per person each way. Entrance to this section of the wall is a little more at about US $6 and its well worth it. This is the wall you’ve seen in pictures and on television, snaking over the horizon in both directions at an altitude of 1,000 metres—it’s astonishing, not least because it was built more than 2,000 years ago. The trip makes a memorable day and offers the perfect excuse to escape the city. As Chairman Mao himself said: “He who has not climbed the Great Wall is not a true man.”

While Mao’s words are generally revered throughout the People’s Republic, there is one corner of Beijing where art lovers may find (if they haven’t yet been removed by the police) works that are distinctly anti-Mao and therefore extremely controversial.

Dashanzi, once an old arms factory renovated into an arts center, has attracted the attention of the art world and the Chinese security forces alike with its selection of risqué political works, including Mao bathing in a blood-red Yangtse River. With many such exhibits suffering at the hands of Chinese censorship, Dashanzi is a great place to visit for those interested to see the frontline of China’s second Cultural Revolution, which has seen the arts community battle the Communist Party as both sides try to find an equilibrium regarding what is acceptable in the new China. Not everything is political here though and in fact there is something for anyone interested in Asian art or indeed art in general.

Same too at the Panjiayuan market, which most rank as the best place in Beijing to shop for arts, crafts and antiques. Be warned though it gets very crowded, attracting about 100,000 people every weekend, the only two days it is open.

For those with about four or five days in China’s capital this is probably as much as you could fit in but of course there is so much more, it’s just a question of how much time you can afford to spend in a country with a wealth of other attractions.

As ever with China, foreign visitors who don’t speak Mandarin, the clear majority, would be well-advised to invest in a guidebook that uses Chinese characters extensively throughout, meaning most places can be pointed at. Although some of the locals do speak English, they are certainly not in the majority. You are though more likely to find someone that speaks English in Beijing than elsewhere in the country.

In the many restaurants throughout the city, this will mean that pointing and animal impressions will likely be required to order popular dishes like beef in oyster sauce or the world favorite Beijing duck, a must as part of any visit to the Chinese capital. Only menus in the more up market restaurants will feature English.

This should not put any would-be visitor off. Beijing is of course extremely hectic in places and is certainly not always plain-sailing, but perseverance pays off here as much as anywhere. Tourism in Beijing has been on the rise for over 10 years with the Olympics in 2008 giving it a boost but visitor numbers continue to increase each year. Beijing is a place oozing with cultural identity and home to an impressive array of historical monuments that simply have to be seen. 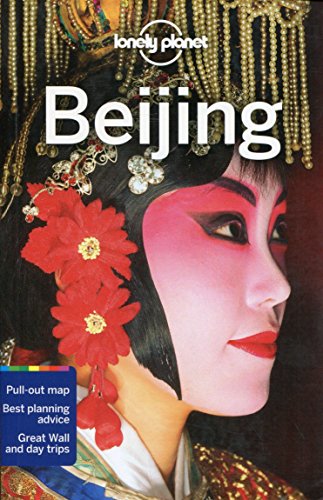