My name is Jay Samson. I am a video gamer, an article writer, a website owner, a blogger, a big brother, a filipino, and a community college student. I am currently studying to become a Registered Nurse. My biggest dream, however, is to create a passive income for myself, and I'm going to do that by doing what I do best: writing. I'm great at sharing what I know through the online medium, and I hope to make a lot of money doing what I do best. Of course, I'm only 20, so there's a lot for me to learn, but one day I'm going to conquer this passive income field, and I'm going to share with the world how I do it.
InfoBarrel is a writing platform for non-fiction, reference-based, informative content. Opinions expressed by InfoBarrel writers are their own.
InfoBarrel > Lifestyle > Education > Middle & High School

Benefits of Chewing Gum in School - Does it Help Students Learn?

Is the secret to being a Valedictorian worth $0.50 at Walmart?

Why gum chewing in classrooms isn't such a bad idea.

I'll admit that when I was in grade school, I was the type of kid that would always chew gum whenever I had the chance. It did not matter if it was against any classroom rules. I thought, hey, as long as I wasn't smacking my mouth or blowing bubbles, I should be fine, right?

In fact, I even thought that there were some great benefits of chewing gum in school (mainly created from a circulating speculation spread by other avid Stride fans). For me, I found it great to curb the hunger pangs I got during 3rd period when the lunch hour was so close yet so far away. It also helped anchor me down during tests and kept my mind from wandering. Some teachers supported my claims, while other teachers made me spit every last quarter of gum down the classroom trash bin.

But are my claims true? What are the benefits of gum chewing in a school setting, and can they actually help a person become a better student?

The Science behind Gum Chewing

When we continuously move our jaws up and down, several things happen in the circuits of our brain. The first thing that happens is our hippocampus becomes stimulated. The hippocampus is an important part of the limbic system in our brain. It is responsible for long-term memory, short-term memory, and spacial navigation, which explains why students are able to score higher on tests when they chew gum during times of study and test-taking.

In addition, chewing also promotes blood flow and thus, oxygen, to areas of the brain, which helps with processing information.

According to a study done in 2013 by Kate Morgan and her colleagues at Cardiff University, chewing gum actually helps people stay focused on longer tasks that require constant monitoring (for example, taking an extremely hard trigonometry mid-term).

What they did was they took 38 people and split them into two groups. One group was given some gum to chew, while the other group had none. The groups were then assigned to a complete a 30-minute audio task that required them to detect a sequence of even-odd numbers from a random list of digits.

So there you have it!

It looks like the pro-chewers were right after all. Chew gum while you're studying for tests and while you're doing homework or exams to help boost your brain power. And if you want to have that extra piece of Trident and your teacher won't let you, send them this article and prove to them that chewing gum helps you think.

Just don't let them catch you plastering those sticky pieces underneath your desk.

Go ahead and buy some Gum.

You know you want to. 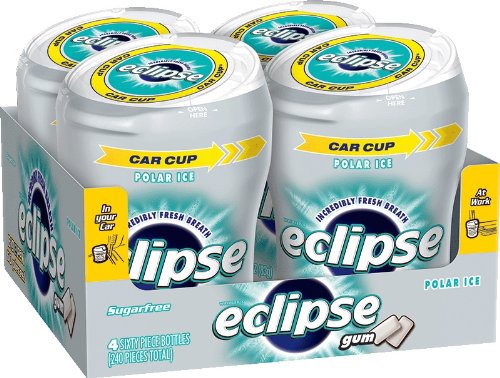