Not Even the Best Leadership Books Compare to Hands on Experience

Toastmasters is one of the best ways to learn public speaking - but it’s also a great place to learn leadership skills. In addition to overcoming your fear of public speaking, TM clubs give you the opportunity to take officer’s roles - positions as organizers of local clubs. Generally, executive officers are elected democratically by a club’s membership, and they serve for six month terms. This varies depending on a club’s policies, of course, but it’s pretty standard.

Benefits of Taking an Officer Role

Taking a Toastmasters Executive Officer's role is a great way to learn leadership skills and focus on your professional development. In six months you will learn more than any book or resource on leadership can provide. Officer's roles get you used to the idea of managing people and taking responsibility for the welfare of an organization - even if  it's just for small clubs of twenty something people.

Best of all, you can do this in a mutually supportive environment, and any mistakes you make in your leadership, or lessons you learn, will obviously not be as costly as they would be in the real working world. You can also put your Toastmasters officer's role on your resume as volunteer experience. I’ve gotten at least one job offer in part due to my public speaking and leadership experience with Toastmasters.

The President is in charge of overseeing every aspect of the club. They are responsible for making sure the club maintains its mutually supportive and positive learning environment, and making sure that fellow officers fulfill their duties without problems. As the face of the club, the President helps recruit new members, keep current ones happy, and resolve any conflicts or issues that may arise. (Note that while they oversee club affairs, TM Presidents are not responsible for organizing the finer details of a meeting - that job goes to the Vice President of Education).

The Vice President of Education in a Toastmasters club helps organize the meetings, and tracks members’ public speaking progress. They are the ones that urge members to fill roles such as Speaker, Grammarian, Ah Counter, Evaluator and more. The Vice President of Education also helps guide members through their progress - from their first speech to more advanced speaking projects.

A VP of Membership in a Toastmasters club is in charge of recruiting new members and keeping existing one’s happy. They help explain the individual clubs requirements to new guests who are interested in joining, and also keep track of mentor and mentee relationships.

The VPof Public Relations is responsible for promoting the club and is also in charge of club communications, such as a newsletter or mailing list. They take charge of various public relations campaigns, club announcements, and interaction with nearby clubs.

As you can tell by the name, a Treasurer is in charge of maintaining club finances. This can include anything from setting up, and maintaining, a bank account for the club, as well as establishing rules for what the club can and can’t spend money on.

A Toastmasters Secretary is responsible for taking the minutes of each meeting. Clubs have different ways of getting the minutes out to their members. I’ve been to clubs where they simply read the minutes of the previous meeting; others include them in their weekly or bi-weekly newsletters.

The Sergeant at Arms of a club is responsible for setting up the meeting room, and maintaining club materials such as the banner and gavel. They usually arrive around fifteen to twenty minutes earlier than everyone else to set things up.

For larger Toastmasters clubs, it may be a bit overwhelming for executive officers to fulfill their duties by themselves. In that case, it’s not unusual for them to have Deputy Officers, assistants which help them completing their various tasks. For example, if the VP of Education is overwhelmed by role requests, or the Sergeant at Arms can't always make it to the meeting early, they may try to recruit deputies.

Taking a Deputy Executive role is a great way to get your feet wet without being overwhelmed at first, however Deputies do not get official credit towards their leadership track from Toastmasters international.

No book on leadership will be able to show you what it’s truly like to be a leader. Toastmasters gives you a rare opportunity to learn leadership skills in a positive, volunteer environment. The skills and mindset you learn from taking an officer’s role will be invaluable in both your personal and professional lives. 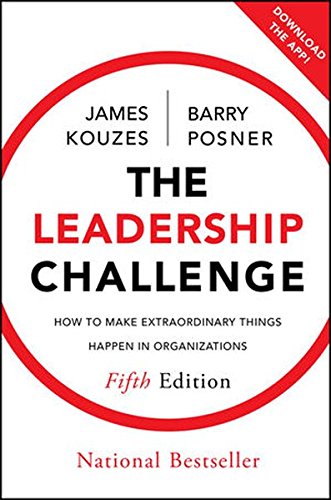 The Leadership Challenge: How to Make Extraordinary Things Happen in Organizations Amazon Price: $29.95 $13.03 Buy Now(price as of Oct 3, 2016)
Next >> A Guide to Preparing for the IELTS English as a Second Language Examination