The word Fascism originates from ancient Roman fasces. These were symbols used to represent high-ranking magistrates. The logo that these individuals used were a bundle of rods that were tied around an axe. This later became the official symbol of Fascism in Italy from the 1930s up until the early 1940s.

Fascism dates back to the 1880s, when several individuals prompted anti-communist and ultranationalist ideas. One of these individuals was Charles Maurras. Maurras is seen as one of the original architects of Fascism. His primary principle behind the idea of Fascism was directly linked to integral nationalism. Integral nationalism emphasized statism, radical extremism, and military expansionism.

Eventually, ideas orchestrated by Georges Sorel also became popular and were slowly intertwined into Maurras’s concepts. The collaboration between the integral nationalism of Action Francaise and the revolutionary syndicalism of Georges Sorel gained popularity throughout Europe.

The fusion of Maurassian nationalism and Sorelian syndicalism caught the attention of radical Italian nationalist Enrico Corradini. Corradini spoke of the need for a nationalist-syndicalist movement. He firmly believed that Italy needed to be steered into a new direction, mainly directly challenging British and French military dominance.

Corradini's philosophy eventually caught the eye of the right-wing Italian Nationalist Association (ANI). Italian national syndicalists held a common set of principles which included the rejection of bourgeois values, Marxism, democratic elections, reduced military spending, and pacifism. Conversely, it supported violence, private property, military expansionism, and the promotion of heroism. The ANI later claimed that liberal democracy was no longer compatible with the modern world, and promoted a strong state and imperialism, claiming that that nations were in a constant struggle, in which only the strongest could survive. Furthermore, the ANI strongly believed that nations such as Britain and France could attack Italian territories or even the Italian mainland itself.

By 1911, the Italian goverment, led by Prime Minister Giovanni Giolotti, became interested in expanding Italian infleunce into Libya. Libya had enermous amounts of minerals and was only defended by 4,000 Ottoman troops. Furthermore, the population was extremly hostile to the Ottomans and friendly to the Italians.

After carefully evaluating the situation, Giolotti decided to invade Libya. Surprisingly, Benito Mussolini, a left-wing socialist at the time, strongly opposed an Italian invasion of Libya.

Eventually this conflict became know as the Italo-Turkish War which was fought from September 1911 through October 1912. In the end, the Italians were victorious and officially established Italian Libya.

During World War I,  Mussolini supported Italian intervention. Mussolini initially condemned Italy's entry into World War I, but realized that it gave Italy a chance to gain territory and the opportunity to become a potential power. Mussolini joined the Italian army in 1915 and was later discharged after being wounded. Mussolini organized his first meeting of the Fasci d'Azione Rivoluzionaria which was held on 24 January 1915 (Although, it was officially formed on December 11, 1914). When World War I was concluded, Mussolini resumed his political activities, criticizing the Italian government for weakness at the Treaty of Versailles and demanded that the government change their policies.

Mussolini's political philosophy was inspired by individuals such as Gabriele D'Annunzio, a prominent political figure who initialized the ideas behind irredentism. D'Annunzio is often seen as a precursor of the ideals and techniques of Italian fascism.

In March 1915, Mussolini declared the movement's irredentist stance towards Trieste. This clearly showed the Italian people that Mussolini was serious about annexing territories that he believed completely belonged to Italy. As Mussolini became more and more powerful he eventually organized several right-wing groups into a single force and, in March 1919, formed the Fascist Party.

Mussolini then organized a Para-military unit known as the "Black Shirts," who terrorized political opponents and helped increase Fascist influence. By 1922, Italy had slipped into political chaos. Mussolini realized that the Italian people needed a strong leader and blamed every in power for Italy's problems. Mussolini declared that only he could restore order and was given the authority. He gradually dismantled his political adversaries (including all democratic institutions) and by 1925, had made himself dictator, taking the title "Il Duce". After Mussolini executed the March On Rome, where around 30,000 blackshirts joined him, he demanded the resignation of Italian Prime Minister Luigi Facta. Once in power, Mussolini carried out an extensive public works program and restored the Italian economy. Furthermore, he even orchestrated a strategy so that the Italian trains ran on schedule (Italian trains were notorious for running off schedule).

Mussolini's first major predicament occurred in 1923. In the end, Mussolini invaded the Greek island of Corfu, ending a bitter dispute between Greece and Italy. Italians were both satisfied and exhilarated by Mussolini’s abrupt military response.

Many historians would agree between 1925 and 1927 Mussolini officially created a Police State in Italy. He assured the Italian people that he would continue to be the absolute dictator of the country under any circumstances, despite surviving several assassination attempts.

Some of his policies did in fact benefit Italy economically, especially the expansion of the agricultural sector. These policies allowed many people to enter a once declining industry, and it enabled them to own arable land. One of the Italian government's strategies to combat recession was an initiative entitled “Gold for the Fatherland”. This scheme allowed citizens to voluntarily donate their gold jewelry to the government and citizens would receive a steel wristband in return. The melted gold would be used to support Italy's financial institutions.[1]

When Hitler came to power in 1933, Mussolini planned to launch an attack against both France and Yugoslavia. This never occurred due to French intelligence finding out about the planned invasion ahead of time. Over the next two years, Mussolini grew extremely cautious of Nazi Germany. Italian and German relations reached an all-time low in 1934 when Hitler ordered the assassination of Mussolini's friend and ally, Austrian dictator Engelbert Dollfuss.

The same year Mussolini became directly involved with Spanish right-wing groups. He met with a group of Spanish politicians and generals and agreed to support their movement against the Second Spanish Republic. Mussolini promised thousands of hand grenades, rifles, machine-guns, and monetary support. In the end, Italy would send around 80,000 soldiers, some of which were part of the air force and army. The Italians also supplied about 4,000 machine-guns, 200 tanks, 2,000 mortars and almost 700 aircraft to the Nationalists. Most scholars would agree that the Italian intervention was seen as a success, especially because Francisco Fernando retained power in Spain for years after.

The following year would mark an unprecedented military campaign for the Italians. Mussolini invaded Ethiopia, a poor East African nation. Italians showed their full support as their nation attempted to “rebuild the Roman Empire”. The Italian invasion was successful and Mussolini's concept of irredentism was seen worldwide. Unfortunately, the military campaign eventually turned into a genocide. During this conflict neighboring nations were also attacked. In 1936, both Italian Somaliland and Italian Eritrea were incorporated into what became known as Italian East Africa.

Mussolini would eventually form an alliance with Nazi Germany and successfully invade Albania in 1939. Mussolini made sure that Italy would keep the Plutodemocracies (Britain and France) in check. When Hitler invaded Poland on September 1, 1939, Italy decided to stay out of the military conflict because the East African campaign had drained many of Italy's resources (including crucial logistical support for the military).

Many scholars would argue that Mussolini created modern Fascism and Hitler was clearly inspired by his ideas. Although Italian Fascism and Nazism didn't share anti-Semitic similarities directly, they both shared the same ideological principles.

One would argue that Italian Fascism may have started out as a pro-military, anti-communist fanatical ideology, but it is debatable in regards to how much of a role Italy played in the Holocaust. Some historians believe that Mussolini was forced to replicate Hitler's policies in order to maintain a firm alliance with Germany. Furthermore, Italy did indeed construct and operate concentration camps throughout Europe (Rab concentration camp being on of the most notorious), but it is debatable if irredentism played more of a role than anti-Semitism when these policies were initiated. According to historians Jonathan Steinberg and Franc Potocnik, conditions in Rab were better for Jews than for Slovenes and Croats because Jews did not intervene with Italian expansionism, while Slovenes and Croats fought the Italians to the death. Most historians would argue that Mussolini was forced to operate transit camps such as the one in Bolzano (which eventually led to directly to Auschwitz, Ravensbruck, Dachau, and others) to give into Hitler's demands.

One must conclude that Italian Fascism planted the seeds to a new evil that the world viewed. Not just did it plant the seeds to Nazism, but to the Second World War. Mussolini would eventually lead Italy into the war on the side of the Axis, which would lead not just to the destruction of Italy, but to the deaths of millions of innocent people as well. 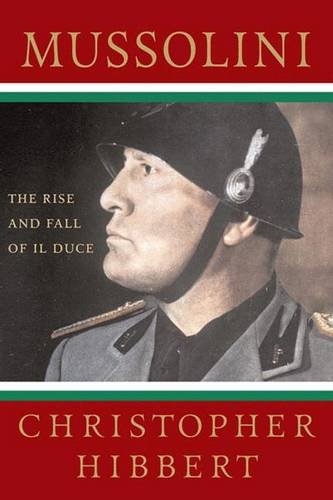