Following up Berserk: The Battle for Doldrey, the second movie in the Berserk Golden Age movie series comes the thrilling conclusion to the trilogy, Berserk Golden Age Arc III: Descent.If you are a Berserk fan, you know all about what this movie means. You know of the emotional thrill ride that is to come. Just imagine the last two episodes of the Berserk series that left you paralyzed and fragile for at least a half an hour afterwards, but imagine that in high definition CGI and animation.Eyes are getting a little moist right now, aren't they?

If you are completely new to the series, you are probably a little confused right now. So let's just move onto a summary for the second movie. In Berserk : The Battle for Doldrey, the Band of the Hawk that you know and love seems to have accomplished their goal. They've risen from the ranks of ragged mercenaries to one of the most highly respected knight battalions in the kingdom. Though Gutts finds no pleasure in his new leisurely life and leaves to make his own path. However, his departure is not full of happy goodbyes and teary eyes. Well, actually, there are a few tears.With the loss of his best friend and greatest resource, Griffith sort of loses his mind for awhile and does some very 'rated M for mature' things with the princess. This in turn gets him arrested and brutally tortured.Queue into Descent, where the story picks back up. As you can probably tell from the pictures, this movie doesn't have a happy ending.As you can tell from the trailer below, they all get vaporized by a nuclear bomb thus bringing the dawn of the nuclear age in the previous medieval setting of Berserk.Just kidding, no nuclear bombs. The trailer does not give us quite the amount of information on the plot that the previous trailers have, but there is very good reason for that.Anyway, upon the release of the second movie, Studio 4C said that the third movie would be coming out the same year (2012). Apparently they are a wee bit off schedule as the movie is slated for release in January 2013. So let's hope the world does not indeed end before that because it'd be just as bad as Berserk manga author Kentarou Muira dying right before ending the manga series. 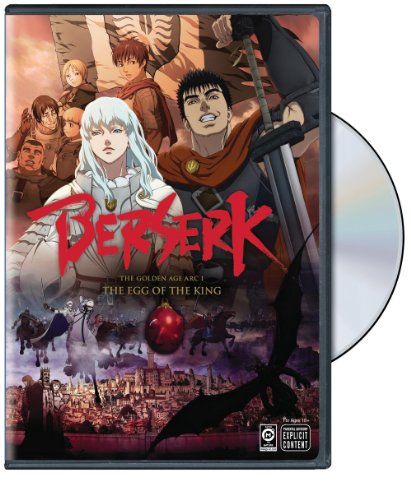 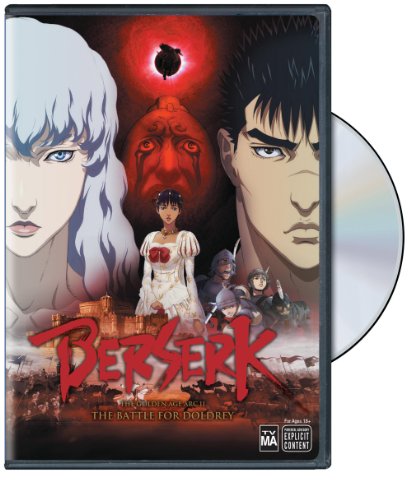