The Berserk movies are the anime event of the season, mostly because all three movies of the Golden Age Arc are coming out in the same year. Anyone who is a regular reader of the Berserk manga series knows that having anything Berserk related come out that close together is a miracle. It certainly makes the long wait between manga chapters, due to the authors frequent vactions, a lot easier to bear.

We manga readers are used to waiting six months for a thirty page chapter.

The first installment Berserk Golden Age Arc I: Egg of the Supreme Ruler has already hit it's DVD Blueray release on May 23rd and it's just in time for the second movies release. The first movie covered Gutts' past as a mercenary and how his group, The Band of the Hawk came to work for Midland in the war.

The second movie, as the title says, covers the final battles between Doldrey and Midland in the 10 years war. From the look at the trailer it goes all the way to Griffith's imprisonment. The brutal torture of Griffith just sends a thrill of excitement through me knowing that the eclipse is coming and everything is literally about to go to heck.

If you're a fan of the Berserk anime that they made all the way back in 1997, you'll definitely see some improvements. Remember all the times in those battles where the anime was low on budget and just used still screens in the battle to save money. All those times where they'd use dust to obscure all the other soldiers on the battlefield so they wouldn't have to animate them. Ah, and who could forget the soldiers that were apparently talking but nobodies lips were moving.

Now, though, the Berserk series has money and do they sure know how to put it to use. The first movie was absolutely beautiful and I expect no less from this one. I do feel slightly put off by the CGI usage though. Perhaps it's just me being sentimental, but I liked the old style of animation from the anime. Personally, I think they made Gutts lips look a bit too puffy and girlish. It put me off for a bit. However, in these movies, you can practically see the sweat glisten on Gutts' face as he swings his absurdly large sword around. It's a real treat that it's being released on Blueray, this is one of the rare things that I feel really put Blueray to good use.

You can expect the second gem in the Berserk movie series to come out in Japan on June 23.

Like every single other Berserk fan, you'll be frustrated to know the third movie is only going up to the Eclipse. However, if you want them to go on, like every one does, buy the movies and support the creators! Hopefully these gems will get English versions sooner than later. I'm not a great fan of watching the subs, mostly because I can't buy them to encourage the creators to give Berserk a bit more love. 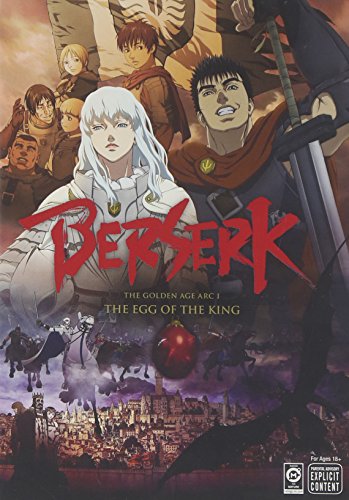 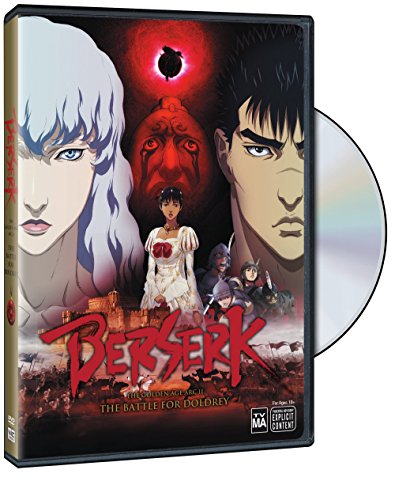