InfoBarrel is a writing platform for non-fiction, reference-based, informative content. Opinions expressed by InfoBarrel writers are their own.
InfoBarrel > Entertainment > Games > Playstation > PS3

Sticking to the basics

There are way too many final fantasy games for me to fit comfortably into this article, so I've decided to stick with the numbered games i.e. Final Fantasy 1-15. I won't be discussing 1-15; however, you will find most of your favorites here.

Music for the soul

Words cannot describe how beautiful the soundtrack is for Final Fantasy VII. The developers must have spent hours over pepsi and muffins trying to come up with it. In all seriousness though this has got to be one of the best games out there as far as battle music goes. When the game begins Cloud lunges into battle followed by intense music which lets you know "it's on!" A great place to go listen to some of these songs would be on YouTube.

Final fantasy 8 is another one that managed to make this list because of the lively cutscenes and the intense boss fight music.

After playing through a few hours of this one I knew that I would never see the end of it. Out of all of the stories I would have to say that I loved them all except this one. Most final fantasy games grab my attention quickly but FFVIII failed to do so. Since we are on the subject of music, the best track in this game would have to be the boss fight music. The battle music is pretty decent as well "Force Your Way" is the name of the song used for the boss battles in this game, it is actually a heavy metal arrangement.

When it comes down to final fantasy 9 sometimes it gets difficult to make up your mind.  "Vamo Alla Flamenco" is played during the sword fight with blank at the very beginning of the game almost. Queen Brahne, or queen brownie as I like to call her, is bored and wants to see a play. Tantalus (the band of thieves) decides this would be the perfect opportunity to create a scene and rescue the princess. You have control over your characters movements for about 2 minutes as Blank and Zidane brawl with their prop swords.

Ok, in terms of quality this one is a total fail, but the battle music is amazing! You play as three young ladies: Paine, Rikku, and Yuna. The whole story is based on a search for Tidus, the protagonist from the previous installment in the series. Despite the battles are short and focus mainly on silly transformations, this game makes it to number 2 on the list. "YRP Battle 3".

Rumor has it that this song is no longer in the game as reported by beta testers. As number one on this list we have the battle theme from Final Fantasy XIV. I stumbled across the song while browsing youtube one day and I practically play it all day. "Nail of The Heavens" is the title they decided to give this work of art and it is clear why. I hope they bring this back to A Realm Reborn because Im not sure what can surpass this. Imagine pulling out your weapon to fight to a song like this? I don't think I'd ever finish the game. 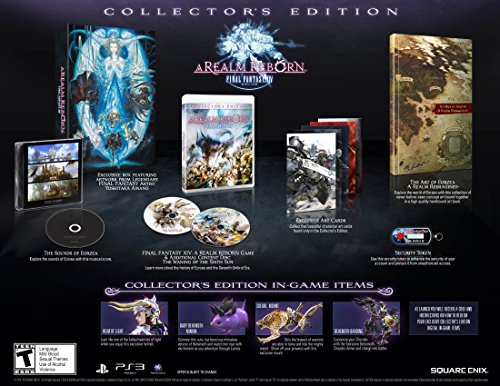