Thank you for visiting. You might like other Chess articles such as this speedy chess game.  Perhaps a word game like Scrabble would be challenging too.
InfoBarrel is a writing platform for non-fiction, reference-based, informative content. Opinions expressed by InfoBarrel writers are their own.
InfoBarrel > Entertainment > Games > Board Games

Best Chess Players of the Past 50 Years

One chess player only has been chosen to represent each of the decades of the past 50 years. Chess personalities as much as champions have been allocated to 1960s, 1970s, 1980s, 1990s and the 2000s ( noughties). Honorable mentions to players not included in my top 5 decades of the best chess players goes to Victor Korchnoi, Mikhail Tal, Boris Spassky, Viswanathan Anand and Veselin Topalov. The top women chess players of the past, and the present, are Maia Chiburdanidze, Judit Polgar, Jun Xie and Pia Cramling.

Read all about the US champion Bobby Fischer

The chess players of the Soviet Union dominated chess in the 1960s and had done so for numerous decades before the 60s too. This was the era of Tigran Petrosian and Boris Spassky who took over from the mighty Mikhail Botvinnik. Despite losing his world title early in the 1960s Botvinnik had the biggest influence on chess in the latter years of his career. He was unbeatable for 10 years beforehand, when at his peak, but as a tutor of chess to the next generation of players he had no equal.

He trained the three K’s to success when they attended his famous chess school in Russia. The Ks in question were Garry Kasparov,  Anatoly Karpov and Vladimir Kramnik. Botvinnik also invented a chess-playing algorithm which became the staple part of chess playing computers as we know them today.

Few people in the chess community will dispute the fact that the 1970s belonged to one Robert J. Fischer who exploded (from nowhere, it seemed) onto the world’s chess stage like the proverbial breadth of fresh air. He wiped out the stale musty feeling of chess, which was represented by the Russian grand masters for years upon years. The brash American had no right to disrupt the dominance of the Russian players and yet he did just that and a lot more beside, for which the chess world must be thankful for. 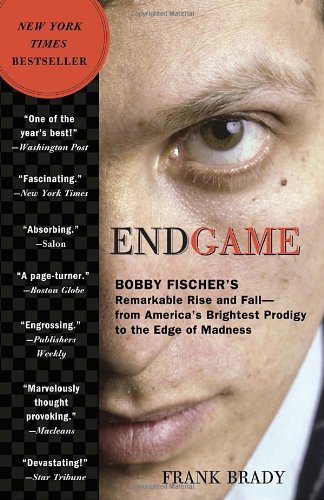 One almost felt sorry for the fall guy, who was Boris Spassky, in the Fischer era.  Spassky was no pushover in chess terms as he held the world chess championship after beating Tigran Petrosian in 1969 for the title. This all made little impact on the young Bobby Fischer who blundered and bustled his way through the first game of the World Championship decider, against Spassky, to find himself 0-1. The score line would have been a catastrophe in any of the previous world finals.

Historically, Grandmasters drew dozens of games against each other at this high level so the fact that Fischer was a no show for the next game and was 0-2 down shocked the chess world. Suffice to say he (Fischer) did not lose again and crushed Spassky by winning 5 of their other games (the remainder of the games were drawn) to become the first US citizen to win the title. Much Cold-War propaganda between Russia and the USA surrounded the match but this only heightened chess awareness around the world and did wonders for chess clubs seeking new players. Fischer became a recluse (and had rather odd views on society, some would say) after the hype of 70s chess died away.

The Russian chess grandmaster, Anatoly Karpov was the man for the 1980s although he was defeated by Kasparov in 1985. The K versus K battle went on for many years and they fought out three matches together in the latter part of the 1980s. There was little love lost between the pair. Karpov was on the wane and Kasparov was the new kid on the block but their matches were epic ones. Anatoly Karpov attended Botvinnik's school of chess and at 15 years old he matched the long standing Boris Spassky record of becoming the youngest Soviet National Chess Master. Boris Spassky achieved it in 1952 and Karpov himself in 1966. .Karpov was the world’s number one player for almost 12 years and after he retired he became involved in humanitarian work.

Garry Kasparov dominated the 90s chess scene. He is of the Russian mold and the opposite of the flamboyant Fischer. That is not to say that he could not play because he is considered by many experts in chess to be the greatest player who ever pushed a pawn or produced a Knight fork. His thinking about chess positions is so deep that other grandmasters cannot follow his logic (quite incredible).

He had done a Tiger Woods on the chess scene whereby he had gone so far ahead of the rest of his fellow competitors that all competitions were to discover who would come second. Some say that if a virtual chess game were possible that Kasparov would beat Fischer. I am thankful that champions of different era cannot engage each other (in any sport) as each player lives and competes in their own time.

Chess Tactics for Champions by Polgar 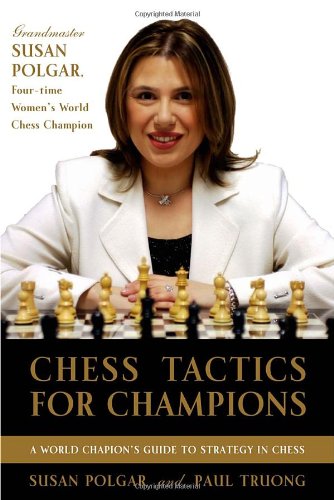 Chess Tactics for Champions: A step-by-step guide to using tactics and combinations the Polgar wayAmazon Price: $18.99 $8.89 Buy Now(price as of Apr 9, 2014)

Magnus Carlsen has yet to join the giants of world chess in terms of achievement but he is well on the road to doing so. He is the world number one in 2011 and he is just 21 years old. According to the official FIDE rating list Magnus has achieved a rating score that is the second highest in the history of ratings calculation which began in 1970.

The only player to be higher rated is the older Kasparov who tutored Carlsen for a period of time recently. Mangus, who was born in Norway, holds the record of being the youngest ever holder of the world number one position which he achieved when he was 19 years old. His attacking playing style is ideally suited to rapid play tournaments and speed chess, at which he excels.

He is higher in FIDE ranking than the current World Champion Viswanathan Anand. The Candidates tournament to select an opponent to challenge Anand for the title in 2012 is under way but Magnus has declined to participate. Let us hope for the sake of chess that he does not become reclusive and withdraw from the chess world, as Fischer, did all those years ago after becoming champion.