If you are a coffee or tea drinker you have no doubt wondered if electric cup warmers are worth having. I know I considered buying one forever but never seriously enough to actually buy one. As a low level manager in a factory as a well as a coffee lover, I know all to well the frustration of pouring a fresh cup of coffee only to be called from my desk. Knowing when I returned that the coffee would be lukewarm at best. Or another common scenario is when I would sit my cup to the side to cool just a little only to forget about it until you guessed it, more cold coffee. These and the other dozens of reasons my coffee had gotten cold over the years is why I finally broke down and bought my very own electric cup warmer.

Choosing from the Long List of Electric Cup Warmers

Of course I wanted to buy the best cup warmer I could fine so I started reading reviews online.

At first it seemed that there were so many choices available but what I noticed is many of the models didn’t have very good reviews and even the ones that did had a lot of negative comments. So I started only looking at the models with the most reviews which narrowed the field to two. After comparing the two models there were some major differences that made my final decision very easy. The first model which was the Norpro 5569 looked nice but was over double the cost of the second model which was the Mr. Coffee MWBLK Mug Warmer. Another thing I didn’t like about the Norpro was that the on/off switch was on the cord about a foot or so from the hot plate were the Mr. Coffee units on/off is right on the warmer itself. Other than those differences the two units are basically the same thing. So as you can guess I picked the Mr. Coffee Mug Warmer which was less than $10. 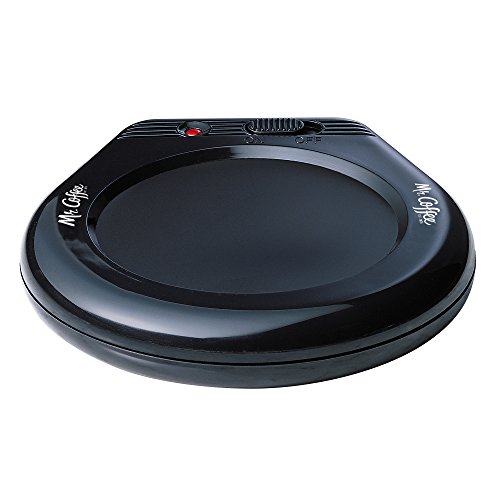 Now I have to admit that the negative complaints I read before buying my warmer had me worried even thought there were only a few of them compared to the hundreds of positive ones. But I figured for ten bucks what did I have to loose. Once I got the unit I was very excited and quickly put it to use. After only a few uses I did find that some of the complaints were in fact valid. For example the most common complaint was that the warmer did not keep the coffee hot. Well this is true to a point. Let me explain. First of all this warmer is not going to heat cold coffee to a boil or even hot enough to burn you. So if this is what you are expecting then you will be disappointed. But if the coffee is already hot the warmer will keep it very warm for as long as it’s on the burner. If you find that you are having problems with you drink staying warm even when it has started out hot and has been on the burner. Then you will want to find and use a cup or mug that has a flat bottom. The reason for this is it will have more contact with the hot plate therefore keeping your beverage of choice hotter longer.

In the end I am very happy with my choice of electric cup warmer and have had my Mr. Coffee unit for well over a year now with no problems. And now the only time I have cold coffee in my cup is when I forget to turn the warmer on! Which reminds me if you would like to add an auto off switch to your new warmer you can read this article on how to give your your electric cup warmer an auto shut off. 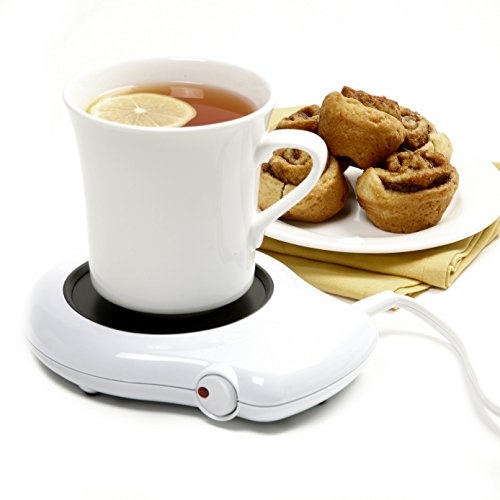