Being a movie enthusiast it seems appropriate that I share my views on which films, in my opinion, struck the right chord and which didn’t in the year of 2011. Firstly mentions must go to those films which just missed my list and those which are part of my watch list for the future. Of these, The Skin I Live In, The Fighter, Senna, We Need To Talk About Kevin and The King’s Speech are all thoroughly entertaining in their own right and all deserve a watch. Now then, onto the real stars and my picks for the top films of 2011 (in no particular order).

The Tree of life appears to be the only consistent movie amongst critics’ top films of 2011 along with perhaps Drive, and is a very popular choice for best film of 2011 within those lists. The ambitious and complex ideas regarding the continuum of life which director Terrence Malick addresses cannot be done justice in this short segment. For film lovers, all I can do is urge you to watch this if you have not already.

Warrior was probably my personal favourite for the award of best film of 2011, due to its excellent combination of good story-telling as well as exciting moments. Centring on the relationship between two estranged brothers, as they both coincidentally wind up competing in a global mixed martial arts tournament, the story is a tale of redemption in many ways . Aside from the familiar underdog to hero storyline, the script delivers compelling characters and the performances of the brothers, played by Tom Hardy and Joel Edgerton, are outstanding and make this film a must watch. 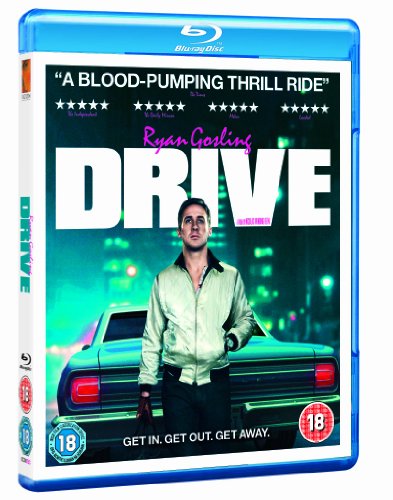 Drive, like The Tree of Life, was another film that received high appraisal for being one of best films of 2011. Shot in the style of an 80’s noir film, it follows a young stuntman (Ryan Gosling) who also uses his skills to earn a second income as a getaway driver. Needless to say, something goes wrong and it forces Gosling down a path of brutal violence that separates it from a mainstream action thriller. If you are a big Gosling fan then check out some of his best movies.

Source Code is an action thriller with some sci-fi ideas that creates an entertaining watch for movie fans. Jake Gyllenhaal stars as the lead, playing a soldier who wakes up in the body of another with the ability to relive the last 8 minutes of their life in order to stop a terrorist attack on a speed train. Whilst it may sound far-fetched on paper, I found it a very intriguing plot that was as thought provoking as it was action-packed.  Perhaps not a standout choice for many critics' top films of 2011, but nonetheless a very exciting film with a solid enough plot to make it an enjoyable film.

50/50 represents a bold attempt by director Jonathan Levine to create a film with humorous undertones that revolves around a character with cancer, played by Joseph Gordon-Levitt. It treads a thin line between trying to portray the dark dramatic circumstances that accompany the illness with the light relief provided by the likes of Seth Rogen. A touching subject, one familiar to many who will watch it, the film is allowed to succeed thanks to the solid performances found all round.

Tinker Tailor Soldier Spy is Tomas Alfredson’s film adaption of John Le Carre's 1974 classic novel.   Where it differs from the standard modern spy films in its lack of action, is where it succeeds. Its subtlety in the use of deception and misguidance helps the audience imagine what the life of a real spy in the 1970’s would have been like, and ensures that TTSS is a firm favourite in the top films of 2011.

X men: First Class is the latest instalment of the franchise and it focuses on the childhood beginnings of the men who go on to be known as Professor X and Magneto. For me, not being a staunch fan of the original comics, any new interpretations the film went with did not take anything away from my enjoyment levels. The action scenes and effects were impressive and the relationship between the two protagonists – Prof X and Magneto – was thoroughly engaging which is why this is one of my best films of 2011.

Check out X-Men:First Class here if you haven't seen it - one of the best films from 2011!
Next >> Movie Review: The Girl on the Train