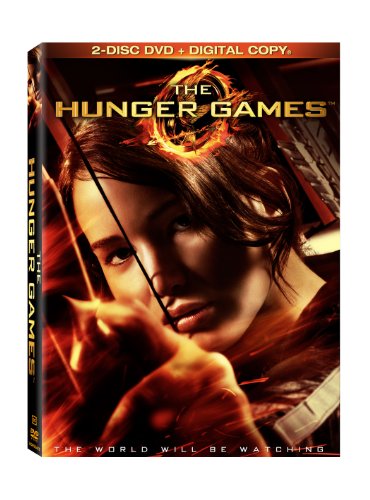 Having completed a best films list for both 2010 and 2011, it seemed appropriate to continue on and compile a selection of the best films to see of this current year.

Now that the year has ended and we are well into 2013, I've come back to add more films to this Best Films of 2012 list and complete it for the full year. The year may not have brought the same quality to the cinema screen that has been witnessed in recent years, but has instead been filled with great hype surrounding several releases. Some good films which didn’t make the list for various reasons include Moonrise Kingdom, The Cabin in the Woods and The Amazing Spiderman and Magic Mike. So here are my best movies of 2012:

The Dark Knight Rises was perhaps the most anticipated cinema release of the year, bringing the curtain down on Christopher Nolan’s epic trilogy in emphatic style. Commencing eight years after the devastation to Gotham City caused by the Joker, Bruce Wayne/Batman (played by Christian Bale) – who has since developed into a recluse - must re-emerge to confront Gotham’s reckoning who comes in the form of the muscular, highly dangerous Bane (Tom Hardy). Other notable performances include that of Joseph Gordon-Levitt who plays a rookie cop with more intelligence and courage than the majority of his superiors. One of the top films of 2012, TDKR is an entertaining, action-packed movie that provides a fitting conclusion to the franchise.

The Avengers was another highly awaited film that premiered in 2012, and is high on the list of best films to see from this year. Combining an all star cast, impressive special effects and revolving around a comic book story loved by millions, The Avengers had all the ingredients to succeed. And it most certainly did. With stellar acting performances across the board, the light-hearted humour along with the obvious excitement of the action scenes, this is one of the most entertaining movies of 2012.

21 Jump Street is without doubt one of the best comedy films of 2012 so far. A revival of the cop TV series that aired in the late 80s (starring Johnny Depp), it details two undercover cops who are sent back to high school with the job of trying to infiltrate and bust a drug operation. The choice of pairing Jonah Hill with Channing Tatum is a masterstroke and it is the ‘buddy chemistry’ between them that really makes this film work. One of the best films to see this year if you want to find yourself rolling on the floor in stitches!

Prometheus is Ridley Scott’s prequel to the his film ‘Alien’ and it showcases how the human race first became in contact with the alien species believed in the film to be our makers. Along with breathtaking CGI and special effects, it created new ideas and concepts that add to the existing thought surrounding the Alien series. Michael Fassbender’s performance as the android David was as superb as he was intriguing and has helped make this one of the best movies of 2012.

The Hunger Games matched the pre-release hysteria of TDKR and perhaps even surpassed it. Based on the bestselling novel by Suzanne Collins, the story is of a post-apocalyptic world where annually 2 children are selected by lottery from each district to compete in a to-the-death competition known as The Hunger Games. Focusing on the two participants selected from District 12, the film encapsulates the emotional battles they must face – both physical and mental – in order to prepare for, and compete, in the Games. An exciting and entertaining watch, the movie does not fall prey to the hype attached and is definitely one of the best movies of 2012.

Credit: www.guardian.co.uk
Next >> Movie Review: The Girl on the Train