Best Friend Halloween Costume Ideas-Dress Up With Your BFF

Dressing up for Halloween with your best friend can be one of the best choices that you make; there is no better way to express your friendship than wearing a costume to match the other person's.

However, when it comes to best friend Halloween costume ideas, there are literally thousands. I have seen everything from Beauty and the Beast costumes to matching Spiderman costumes being worn by pairs of friends.

The thing that sets these costumes apart from the rest is that they can be worn individually or as a pair, while still looking good! Imagine that you walk into a Halloween party dressed up as Batman and Spiderman. You will look good as a pair of superheroes, but also individually. This means that you can stay together, and separate without worrying about your costume not looking good.

These costumes are all meant to be worn by best friends, but some of them can even be worn by couples or small groups of people that are heading to a Halloween party together!

Dress Up As 2 (Or More) Superheroes 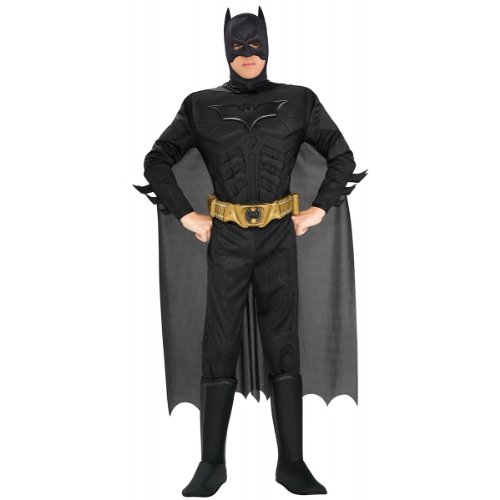 The most amazing thing about best friends dressing up in superhero costumes is the fact that they can act like those heroes and work together throughout Halloween.

Imagine that two best friends dress up like Spiderman and Batman. They can walk through the streets and make sure that the children are being safe as they are trick or treating; they can act like superheroes, and effectively save the day while being dressed in the costumes.

Some of the best superheroes to dress up as are:

Don't get the wrong idea and think that it is only men that can dress up in superhero costumes for Halloween; there are almost as many female superheroes as there are male ones, so women can definitely dress up as their favourite crime-fighting character!

Take a look at the superhero costumes on Amazon for more options!

Dress Up As Two Fruits

Let me tell you that there is nothing funnier than seeing two people walking around that are dressed up as giant fruits. Whether you're dressing up in a large banana costume or as a bunch of grapes, you will surely make everyone around you laugh and smile.

What makes this costume idea even more suited for best friends is that it allows them to express their individuality. They don't necessarily have to dress up as the same fruit, they simply have to be dressed up in fruit costumes.

For instance, one friend can dress up as a large bunch of grapes, and the other can dress up as a huge Granny Smith apple. Both of these costume ideas are perfect because they allow the two best friends to be dressed in a way that is related but also different!

I'll be honest with you and tell you that Dr. Seuss costumes get the best reaction when it comes to other people seeing you dressed up. Moreover, two people being dressed up in matching Dr. Seuss outfits will make everyone around you go crazy with positive reviews.

Dr. Seuss dress up ideas are meant to bring back childhood memories for people that grew up in the 80's and 90's. With that being said, these costumes will be perfect for people that are going to a Halloween party with 20 and 30 year olds.

The most amazing thing about these costume ideas for best friends is the simple fact that you can wear a t-shirt and get away with being dressed up in a full out costume! You can simply put on a pair of Thing 1 and Thing 2 t shirts and look amazing!

This will only work if the best friends are a boy and a girl because Mickey Mouse is a boy and Minnie Mouse is a girl. Realistically, two men or women could pull this off, but one of them would have to agree to dress up like a character of the other gender!

Mickey and Minnie Mouse are two of the most-famous Disney characters, and literally everyone at the Halloween party will know that you are dressing up as them. You will not have to spend half of your night explaining your costume to the people around you!

Another amazing fact about this costume idea is the fact that both of the friends will look amazing when they are walking around together and separately. They can go on their own Halloween adventures as Mickey and as Minnie or they can walk around a Halloween party together as the combination of both Disney characters.

Be sure to check out the selection of Mickey Mouse costumes on Amazon!