Thanks for reading!
InfoBarrel is a writing platform for non-fiction, reference-based, informative content. Opinions expressed by InfoBarrel writers are their own.
InfoBarrel > Lifestyle > Shopping

Picking out magazine subscriptions for men you may know may sound a little difficult, but I assure you it isn't. Men aren't as complicated as most women believe; they are just different… and simpler in a lot of ways.

That being said it is wise to remember that we are talking about magazines for men, so if there are children in the house you need to take that into consideration. Of course, the same could be said for any publication made for grown ups really. Now that all the niceties are out of the way, let's try and pick out that perfect publication your male friend can enjoy all year long.

• Men's Health is a lifestyle magazine geared toward well-rounded, fitness conscious men between 20 and 40 years of age. The format is very easy to read and practical articles on relationships, health, fashion, nutrition, fitness and more make this publication a top choice by many men at the magazine rack. Past issues contained articles such as 'Full Body Fitness (In 15 Mins)," "Train Like The Toughest Man on Earth" and "7 Second Metabolism Boosters."

• Sports Illustrated is arguably the leading print magazine on everything sports. It comes out over 50 times each year to make sure all the sports news a man could ever want is available to him, whereas most of the other issues listed here only come out 12 times a year. This or ESPN The Magazine should be on the must have list for any serious sports fan.

• Esquire is one of the better magazine subscriptions for men that someone could give as a gift as it suitable for any age, has lots of intelligent content and handles even the raciest of articles with a great deal of respect. A few of the monthly features that I enjoy are "Man at His Best," "Ten Things You Don't Know About Women" and "Women We Love." You're also likely to find hot pictures of Katy Perry and other superstars in the spotlight as Esquire likes to have them on their cover.

• Men's Journal articles focus on active men with an interest in outdoor recreation and adventure. The content is well written, varied and interesting with excellent photography to match. There are several "special issues" that come out throughout the year along with a subscription that tells you a lot about the magazine. A few of these are "The Best Issue," "50 Best Places to Live," "The Life List Issue" and "The Adventure Issue."

• GQ (originally Gentlemen's Quarterly) is a magazine that tries to help men look good (through articles that focus on fashion) and live well (through articles on food, sex, music, travel, etc.). A few articles of the past have been "How to Look Like a Movie Star," "The Last Ten and How to Lose It" and "Babe: Scarlett Johansson."

• Popular Mechanics is one of those publications that you can't ignore when talking about magazine subscriptions for men. Although it is devoted to science and technology, it has a huge male following due to its strong self-reliance and do-it-yourself mentality. Although not promoted as such, I consider this publication a "Consumer Reports for Men" as it has lots of reviews and tests on manly products nearly every issue. A Popular Science subscription would be a solid second choice.

• Outside focuses its articles on all things to do with outdoor adventure whether it is travel, sports, advice on gear or fitness. This magazine would make a good subscription gift to men who are very active in outdoor activities such as rock climbing, hiking, snowboarding, etc. Some past issues include articles such as "Storm Hacker," "The Path of Most Resistance" and "Heart of Dark Chocolate."

• Heavy Metal is an adult themed science fiction, fantasy and erotica comic magazine that definitely leans toward darker themes. Similar to a comic book there are often several stories in each issue told in serial form. This publication has some of the most beautiful artwork from artists around the world and would be a solid choice for someone who likes the comic book method of storytelling.

• Maxim magazine subscriptions are perfect for a younger man that doesn't want anything too serious. You won't get deep, thought provoking articles but you will get an entertaining publication filled with scantily clad women, jokes, trivia, video games, and other similar content. Some past articles include "Make $7 Million Without Leaving Your House," "Wet & Wild Olivia Munn" and "The 42 Worst Ideas of All Time."

Keep in mind that many men will also accept back issues of a lot of the publications above with as much enthusiasm as current magazine subscriptions. For men, it's all about the content. If a guy has not ever seen a particular issue, it is just the same as a brand new issue and thus brand new content. In some cases you can buy back issues incredibly cheap and I would be willing to bet that 9 times out of 10 a guy that opens up a box full of selections from above, back issues or not, will have a huge smile on his face as he thanks you. Hopefully this article has opened your mind a little about giving subscriptions as gifts. Keep in mind that there are a lot of other magazine titles printed today that cater to everyone from fitness nuts to kids and, of course, to women.

How to be a Man 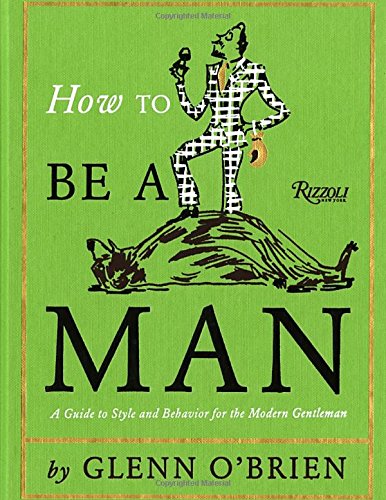