Like what you read? Check out AlphaDark.com for more content just like this!
InfoBarrel is a writing platform for non-fiction, reference-based, informative content. Opinions expressed by InfoBarrel writers are their own.
InfoBarrel > Lifestyle > Holidays & Celebrations > Weddings

Someone picked you as their best man

So you've been chosen to give a best man speech, eh?  What an honor! What an opportunity to show off your intelligence and wit!

...but you have no idea how to approach it.

Ah, the fear of public speaking.  It runs rampant in our culture, and for good reason.  Most people just don't have the guts or stones to get up there and be who they are.  Knowing this one secret will allow you to overcome the fear of speaking in public, which by the way will never go away, no matter how tough you think you are.

Embrace the fear, because it will always be there.  It means you are human and have at least some semblance of a soul, no matter how black it might be.  But it is within the duties of a best man to represent the groom, as an expert on the "subject matter" at hand.

You want to read from a sheet of paper you say? Please, ditch that second-rate approach and let's get into the dos and don'ts of a legendary best man toast.  It's wedding day, so start off with an energizing cold shower to wake up your senses and muster the courage to be great.

Don't be this foolish clown in a suit

RULE NUMBER 1 - Don't get drunk.  This is one of the stupidest things you can do, and it will ensure that your delivery will be slobbering, slow, and not as funny as you think.  Save the hard partying for after the speech.   I'm telling you this is the worst and dumbest way to waste a great opportunity to impress family and friends.

Introduce yourself.  Not everyone there may know who you are.  Explain how you know the groom with a few sentences, but let the speech itself reveal your character.

Ad-lib it, with a plan.  This is by far the best way to deliver a best man speech, and I will spend some time getting into some more detail just to prove my point.

What you are going to do is come up with five or six "things" that you want to talk about.  I refer to them as "things" because it can be whatever you want, such as stories, jokes, or anything else that you feel the need to bring up.  The goal here is to move through your five to six major talking points, stitching them together to create a fantastic character-inspired, comprehensive, expert walk down memory lane.  Remember, the groom picked you for a reason.  Let the audience know why.

Admit it - reading from a piece of paper is lame, and shows a lack of self confidence.  It sounds robotic, boring, and just downright disappointing most of the time.  By ad-libbing, with a plan, you will confidently take everyone on a journey through the good and bad times.

A quick note on jokes.  Do not be vulgar.  You are the best man, not best teenager.  Vulgar jokes only appeal to a small crowd and often times the elderly in the room will not appreciate it.  Don't lose half the room by making some half-assed joke about "that one time in college when the groom and some girl blah blah blah..."

Also, if you have second thoughts on whether a joke is funny, it probably isn't.  This could come immediately after you think of it, or even days later.  Scrap it if you have any doubt.  If a joke is good, you know it will hit home.  Even if no one laughs, who cares, just keep moving.

An important part of the speech is your body language.  Smile often.  Rip on yourself.

Incorporate as many friends or family members into the speech as you can.  Point to an audience member and get them in on the fun.  Talk about a quick story (and I mean quick) that they were involved in - it helps tie the wedding together as a whole.

Don't forget the bride! There is something very satisfying about incorporating the special lady into the speech - tastefully of course!

Wrap up your masterpiece by offering a toast, which you should also have planned before hand.  Confidently raise your glass and class by asking everyone to do the same.

You will know that you gave a memorable best man speech when later on, even the bartender looks at you a certain way, a special gleam in their eye.

You were great - the best man.

You've been meaning to buy new glasses for awhile 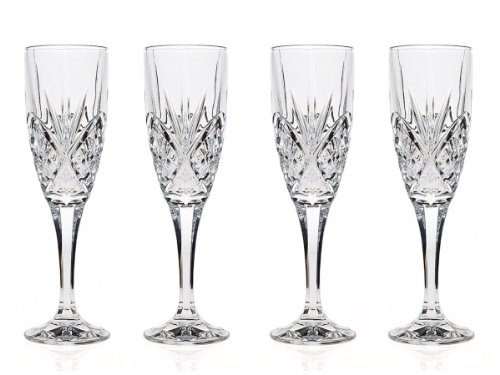