Motion sickness is known by many names sea sickness, car sickness and travel sickness to name a few but no matter what you call it having it is not a pleasant experience. Not all people get motion sick in fact there are some that simply have no idea what it is like at all but people that commonly experience motion sickness know all to well the symptoms fatigue, dizziness and the dreaded nausea. Most people that suffer from this horrible sickness will typically do one of two things. The first thing being not to but their selves in a situation were they could become sick or if that is not an option seek out some type of remedy for their suffering. And since you are reading this you must unfortunately belong in the second group. Fortunately though there are many different motion sickness remedies for you to choose from and finding the one that best fits your needs should be as easy as reading along.

A few of the easiest remedies are also the cheapest little tricks like looking out the window of a moving car in the direction you are traveling or staring at the horizon when on a boat or in a car. Other things that can be tried are to close you eyes or taking a nap, finding cool fresh air can also help with the sickness. Of course all these things are simple and might work if there are no other options but if you want to be more prepared and prevent the symptoms before they begin then you will want to purchase one or more of the following products.

Motion sickness bracelets and wrist bands are a very common but effective way to prevent being sick from the very start. Most work by the use of acupressure which is applying pressure to specific pressure points on your body in this your wrist. It may sound a little strange but there is no denying there effectiveness. There are other bands that work differently which will all be explained in a few short reviews of a two commonly available bracelets. The first is also the cheapest at around five dollar it's the Sea-Band Adult Wristband, 2-Count Sea-Band The Original Wristband. A knitted elastic wrist band with a small plastic stud attached to the inside which is what applies the pressure to the Nei Kuan acupressure point in your wrist. They come in sets one band for each arm and are made to work for children as well as adults for smaller children there is a smaller set made just for kids. Not only are these good for relieving motion sickness but also work for morning sickness, and sickness caused by anesthesia and chemotherapy. As an owner of this product I have to say that any time I travel these go with me. I have had them for over ten years and have not experienced any type of travel sickness since the first time I wore them.

The second wristband is the Relief Band for Motion Sickness (I-Trans Wristband DM-800) (HIVOX) which is much like the Sea-band but looks much more like a watch and instead of a stud these bands vibrate. It is designed with adjustable levels of vibration that stimulates the same acupressure point mentioned above. One of the great things about the Relief Band is that it can be used before or after sickness has started. It runs on one AAA battery and can be used for all types of travel sickness. For forty dollars this might seem like a little much considering that other wrist bands can be bought for a fraction of that but if you have tried others products without success this might be worth a try. 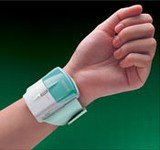 Motion sickness medications are probably the number one remedy and almost everyone that has ever been sick from traveling has used some type of medication. Of the many medications available there is one that is natural and that is ginger. Ginger has been shown to help some people but like most motion sickness remedies doesn't work for everyone. Ginger comes in many forms from raw ginger root and ginger pills to ginger ale and ginger gum. Most stores carry one or more forms of ginger and price should be no issue ten dollars should cover just about anything you choose to buy.

Other popular choices of medication include Dramamine and Bonine. Dramamine is a fast acting treatment and prevention of motion sickness. It is safe for children but strong enough for adults and comes in pill or chewable form. One problem with using Dramamine is that it often causes drowsiness but for those that are affected by this there is a less drowsy formula. Bonine is much like Dramamine but the active ingredient meclizine hydochloride works up to four times longer, up to twenty four hours and causes less drowsiness. It comes in two formulas one for adults and the other for children with each one having it own great tasting favor raspberry and berry berry. Both Dramamine and Bonine are available in most gas stations, airports and drug stores like Walgreen's and CVS as well as Walmart and Target. 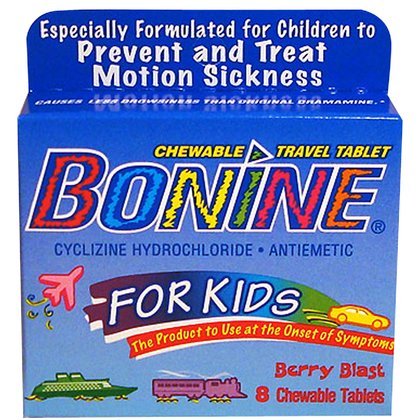 One last motion sickness remedy is Scopoderm TTS and Transderm Scop Patches. They are small patches that are places on the skin behind your ear. The way they work is to apply one patch five or six hours before traveling. The patch slowly releases the active ingredient scopolamine for up to three days. It is recommended that you speak with a doctor before use which is why they are only available online or with a prescription. Motion sickness patches are not recommended for people under eighteen.

As you can see there are many different remedies worth trying if you are one of the unlucky people who suffer from motion sickness. And with prices as cheap as most of these products it would be worth trying each one to find which was the best motion sickness remedy for you.