Washington DC is home to an overwhelming number of museums, galleries, and monuments. The most prominent of course are the Smithsonian Institute’s 19 museums. While these are must see for everyone at some point, they attract large crowds especially during the summer months that can be extremely distracting. This article is for those of us looking to get off the beaten path and see some of DC’s lesser known museums. Whether you are a first time traveler to DC or a long time resident, there is something for you on this list of DC’s best overlooked museums.

Founded in 1921, the Phillips collection is a private modern art gallery housed in an 1897 Georgian Revival House near Dupont Circle. The museum has a permanent collection of over 3,000 works by artists including Rothko, Monet, O'Keeffe, van Gogh and Picasso. Unlike the much larger Smithsonian galleries, the Phillips collection offers a quiet and intimate experience that is an excellent way to escape the noise and chaos of the city for an afternoon.

Located near Dupont Circle, the Mansion on O Street is one of the most eccentric buildings in DC. Spanning four row houses, this museum has over 100 rooms and 32 secret passageways. Each of these rooms is filled with an assortment of “treasures” acquired at local garage sales and junk stores. Almost all of these items, including thousands of books, are for sale. Each room in the house has a different theme and collection of “treasures.” Some of the most notable include Elvis, a two story log cabin, the French Renaissance, and the Beatles. Although not all of these rooms are open to the public because the mansion does operate as a hotel, the staff constantly rotates the open rooms giving return visitors a different experience each time. The Mansion hosts several types of events including brunches, dinners, weddings, concerts, and Teas. However, the mansion is open to the public a few days each week and offers self-tours and treasure hunts to those brave enough to navigate its cramped and often creepy hallways.

The National Museum of Crime and Punishment

The Museum of Crime and Punishment located in the Penn Quarter neighborhood offers visitors the opportunity to explore the history of criminology and the US criminal justice system. The museum portrays the history of crime through a series of exhibits covering everything from pirates and medieval punishments to modern forensic technology. It houses over 700 artifacts including John Dillinger’s authentic death mask, an electric chair, and assorted paraphernalia from several of America’s most notorious criminals. Additionally, visitors can attend one of the museum’s interactive forensic workshops and learn how investigators process crime scenes.

Located in on Embassy Row, the Woodrow Wilson house provides guests with the unique experience of peering into the personal life of a former US president. The house is largely as it was when Wilson lived there after retiring from office in 1921. At the time, presidents were allowed to keep official gifts they received from foreign dignitaries and the house is full of items including a mosaic and a wall-sized tapestry that Wilson received during his presidency. Additionally, there are interesting items throughout the house that give insight into Wilson’s personality and love of modern technology including the microphone Wilson used to give his final radio speech in 1923. Even non-history buffs can appreciate the architecture of the house and its gardens overlooking several embassies in this historic district.

The Heurich House museum is among the most intact 19th century Victorian homes in the US and Washington DC’s first fireproof house. It was built by Christian Heurich, a self-made businessman and the city’s largest non-governmental employer of the time. The house features original furniture, woodwork, and technology including a central vacuum system, electric and pneumatic communications systems, and other technological breakthroughs of the time. While it is not a brewery, the museum does host regular beer tastings, tours, and other special events. 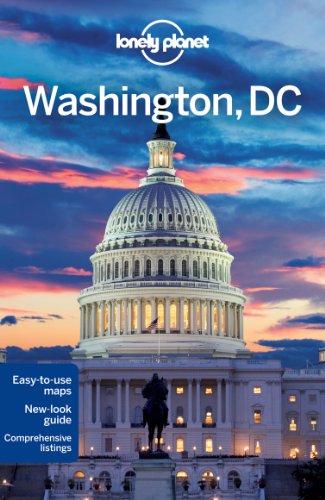