Hello everybody, I have given myself 12 months to learn the ropes and build an online business. InfoBarrell is one of the places I am starting, it's a great community, if you enjoy writing articles. If you decide to join, it's completely free and please keep in touch. I have also started a blog, where I describe everything I do with my online business experiment. Thank you and big XO Larah
InfoBarrel is a writing platform for non-fiction, reference-based, informative content. Opinions expressed by InfoBarrel writers are their own.
InfoBarrel > Health > Nutrition & Weight Loss

In recent years we have been hearing about an increasing number of people following a gluten free diet, cutting out wheat and other grains that contain gluten.

The gluten free industry is definitely growing fast, making huge profits sometimes at our expenses. The healthy food aisles in the supermarkets are expanding. Is this due to an epidemic of people with food intolerances or do consumers believe that by eating gluten free products, they are following a healthy diet?Back to basic: what is gluten?

Gluten is a protein composite, it’s like a glue that binds together bread, pastries, pasta etc. It also makes the dough more elastic and helps it to rise. It’s found in all those foods that come from wheat and other grains such as barley, rye and even oat, if it has been contaminated with wheat during the growing and the processing stages.

Gluten is not only found in food prepared with those grains, like breads, pasta and cereals, unfortunately it’s hidden in most processed food we consume, like ham, salami, sauces and even ice lollies, just to name a few.  Gluten is often used as a thickener in all sorts of food and it’s also added to non-food related products such as sun creams, shampoos and conditioners, creams and make-up.

Who should avoid gluten?

Definitely individuals who are celiac, as their immune system reacts to gluten, causing damage to the digestive system, especially the intestine.

People with IBS (Irritable Bowel Syndrome) although not allergic to gluten, they are intolerant to wheat and have shown significant benefits from cutting out wheat and barley amongst other food types, which are listed in the FODMAPs diet.

Despite the gluten-free trend at the moment, diet experts advise that if you're not gluten intolerant then there are no benefits on eating gluten free products, it will not make you healthier or lose weight. Gluten free biscuits or cakes are still very unhealthy. These processed food in some cases could contain, even more sugar and more fat to make up for the lack of texture. Let’s not forget also the thickeners and emulsifiers that these gluten free products often contain.

It is important to always read the label on the package and watch out for these ingredients: maize starch,  potato starch, soya flour, rice starch, emulsifier E471 – which are synthetic fats from either plant or animal origin.

If you are not gluten intolerant, but  still want to cut out bread and pasta from the diet, that is fine, you can replace it with healthier alternatives such as quinoa or buckwheat.

Buckwheat flour can be used instead of wheat flour to make tasty recipes.

Quinoa is delicious in salads and as an alternative of rice.

So next time you shop, skip that healthy food aisle with processed food and buy more from the fresh food section instead.

DISCLAIMER: The information contained on this article is intended for educational purposes only and should not be used as a substitute for diagnosis or treatment rendered by a medical doctor/GP/dietician etc. 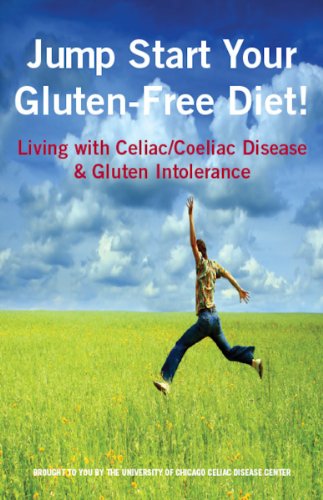