Thanks for reading my article!  Liz Morgan has been living and working in the Netherlands for fifteen years. She obtained her PhD. in immunology and has fifteen years of research experience. Her specialties are mucosal immunology, inflammatory bowel disease and probiotics. She runs two blogs about these topics. The IBD Immunologist The Beneficial Bacteria Site
InfoBarrel is a writing platform for non-fiction, reference-based, informative content. Opinions expressed by InfoBarrel writers are their own.
InfoBarrel > Travel & Places > Travel Advice

Biking in Holland: tips, tricks and how not to get hit

The Netherlands is a small country located in Western Europe next to the North Sea. It's famous for windmills, tulips, wooden shoes and blond hair. However, you might not be aware that it's one of the most densely populated countries of Europe with almost 16 million residents in an area that's no bigger than Vermont. It's also one of the few countries t

Credit: Ruud Albershat relies heavily on the bicycle for transportation. You may be imagining blond individuals cheerily cycling next to tulip fields and windmills, but then you would be far from the truth. Biking in the Netherlands is often akin to driving in fast rush hour traffic, necessitating nerves of steel especially for those that haven't been biking in these kinds of conditions since they were children. But, as a visitor of the Netherlands, it would almost be a crime if onedidn't take a spin on a bicycle. Here are some tips that will help make your Dutch biking adventure less stressful and more enjoyable.

It is absolutely essential as a visitor that you take precautions and make sure that your gear is functioning and fits properly. Your bike should not be too big or too small, it should be outfitted with hand brakes and not coaster breaks (unless you are really used to using them). The chain should be snug and protected with a cover, the wheels covered with fenders. Ensure that the tires have a fair amount of tread. Dutch bikes are slightly different than what is usually seen in the US. In the US, general road bikes are based on a mountain bike style (often no fenders and an unprotected chain). Dutch bikes look like what you might expect to find in your grandparent’s garage. They are heavy and need to be ready to take abuse; a consequence of the crowded urban environment and the almost incessant rains.

You should wear a helmet. Unfortunately, you will stick out from the Dutch citizens, which will be blissfully biking helmet-free. Helmets have yet to become cool badass accessories here for the common biker, but your safety needs to come before your image.

A good bike lock is also essential. According to the Dutch Bikers Association (Fietsersbond) approximately 1 million bikes are stolen per year. Most Dutch residents have had at least one bike stolen in their lifetime. The most useful lock is the wheel lock. This is a lock that clamps your rear wheel in place preventing the normal rotation of the wheel and the function of the bike. Most Dutch bikers will use this lock when quickly running errands. When the bike is parked for a longer time, it is best to combine the wheel lock with a heavy chain lock to secure your bike to a stationary object.

Last but not least, pack a full body rain suit in which you feel comfortable biking. If you don’t have one, buy one while you are in the Netherlands. They are a cheap and unique souvenir!

The Netherlands has invested in a comprehensive bike path system and biking is allowed pretty much everywhere. Blue signs with a white bike symbol indicate that you are allowed to bike and the same with a red diagonal stripe indicate that biking is not allowed.

When you are on major streets, most intersections will be controlled by traffic lights. The rules are in general very similar to those of the US. It’s when you begin to explore heavily trafficked areas without traffic lights that things can become confusing. In contrast to the US, where right ofway is assumed unless you see a stop light, stop sign or yield sign, the Netherlands (and thewhole of Europe) uses a reversed system where the emphasis is on assuming you do not have right of way until you see a sign that proclaims that you do have it. There are several signs that indicate that you have right of way. The most primary sign is the yellow diamond with white and black edging (see photo). Another sign that you will is a white triangle with read edging and a black arrow in the center (see photo). These will appear at specific intersections and give you right of way at that intersection only.Often this is also accompanied by triangles (shark teeth) painted on the ground in front the side street. If you encounter an intersection without any boards then you are at an equal intersection.

At an equal intersection, the traffic coming from the right side has right of way. This means that traffic coming from your left has to yield to you. This is also the case if you are on a bike and the approaching left-hand traffic is a car. However, considering the vulnerability of being on a bike, it’s wise not always to push your luck if the traffic is coming fast from the left.

Another difference that you will encounter is the prevalence of traffic circles. Many of these will have an inner circle for cars and an outer ring for bikes. Interestingly enough, often the bikes will have right of way on the traffic circle. In other words, the cars will have to wait for the bikes to pass before exiting. Not all traffic circles have this rule and it’s not always easy to see the difference. The most important thing to look for is the shark’s teeth triangles. They should be positioned on the car lanes if you have right of way. If you do not have it, then you will see the shark’s teeth in the bike lanes.

Dealing with the Dutch biking culture

Exploring the Netherlands with a bike gives you a unique insight to Dutch culture. How they bike, follow the traffic rules and treat their fellow bikers speaks volumes! Everyone bikes: young, old, men, women, rich and poor. You will see women riding in full make-up, short skirts and high heels, teenage boys texting and smoking simultaneously, grandmothers with dogs in their bike baskets, tall middle-aged men with briefcases zooming to work and mothers burdened with children on the front and rear of the bike carrying grocery bags on their handlebars. You will also see that a number of bikers do not follow the traffic rules and assume that others will yield to them.

As a tourist with a rusty biking style and a helmet, you have the advantage that they already know they should look out for you and be prepared for uncertain behavior. However, your best defense it to be constantly aware of your surroundings. Continually scan from right to left and signal your turns. Do not assume that the person biking behind you will patiently wait while you turn. You must be prepared for a sudden passing maneuver (both from the right and the left) if you slow down. Be careful for scooters coming from the rear. Most of the time you will hear them, but if auto traffic is loud you may not.

Gear up your patience as well. There are moments when you’ll get sworn at because you got someone’s way, even when they were the one breaking the rules. This will happen often at intersections where you have the right of way and those coming from the right want to turn onto your path. When approaching these kinds of situations, it helps not to look directly at the people coming from the right. If they see you looking they will assume that means they can merge.

Getting that Dutch look

If you wish to disguise your tourist status, there are a number of things you can do to appear more Dutch.

Good luck with your trip! 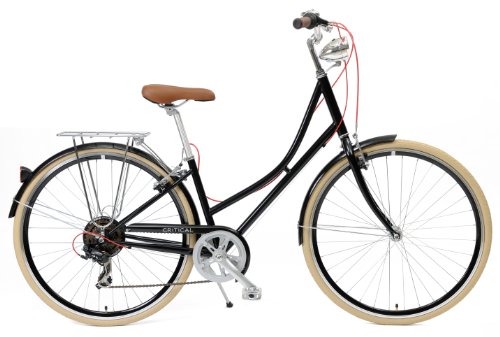 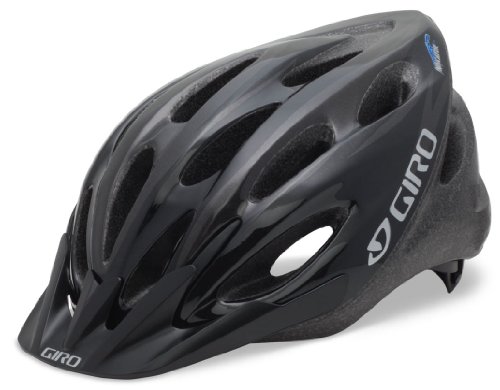 Netherlands Cycling and Hiking Routes Map (ANWB Nederland Fiets- en Wandelroutekaart)Amazon Price: $16.99 Buy Now(price as of Aug 9, 2013)
Next >> How to Travel on a Budget (tips & tricks)