Biking is commonly perceived as one of those activites (or sports, I don't mean to offend anyone) that requires a lot of costly gear, not to mention a lot of revealing cycling shorts. Frequently the expensively-equipped biking elite can be glimpsed racing about as blurs of carbon fiber and sunglasses. This can be quite intimidating to the mere mortal, who relies on his car for any speed above a strolling pace. However, as an occasional cyclist myself, I can guarantee you that biking is not all about this self-righteous elite. Biking is actually a cheap, efficient, environmentally friendly mode of transportation which is particularly practical in the city and which, as you'll discover, is open to almost everyone. By following the pro tips outlined below, you can join the ranks of city bikers who prefer not to set land speed records.

First of all, wear one. Though they say you never forget how to ride a bike, if you don't wear a helmet you may become an exception to that rule. Furthermore, studies show that if you're not wearing a helmet you will either sustain brain damage or don't have anything valuable to protect in your skull. Seriously, just succumb to the ugliness and wear one; Darwin Awards aren't as funny when you're on the other end of one.

Secondly, ugliness. It is common knowledge that no one looks good in a bike helmet (save the aforementioned biking elite, god bless them). Of course, the solution isn't not wearing one. If you did think that was the solution please reread the first point. The real solution is visors. No one cares how ugly your bike helmet is if it has a visor. Alternate solution: an overly aerodynamic helmet, like in the following image. The bonus here is that your head can look like the front part of a Predator drone, and who doesn't want that?

Reflective tape and lights are very useful in the city at night, especially if you don't want to end up as someone's hood ornament. If you have no qualms about serving as a hood ornament, try to aim for cheaper cars, the perfect target being a Prius. But MrRooibos, you ask, how many lights and how much reflective tape should I have? Good question. Ideally reflective tape should cover anywhere between 75-99% of your body, just remember to keep your eyes uncovered. Your bike, on the other hand, should feature anywhere from six to six dozen lights of varying intensity, with my personal favourite being the 3600 lumen MyTinySun Pro 3600X. Though some may call this overkill, I call it raw power. Here's a photo of me on my way home after a long day at work.

There are two principal methods for detering theives: locking your bike and owning a bike that looks like/is a complete wreck. Though both methods are effective, I prefer locks. A properly placed bike lock should pass through the frame of the bike as well as through the spokes of the front tyre, which is the easiest one to remove. The bike should also be left in a heavily trafficked area. Good places include the lobby of an office building or the local McDonald's. However to a determined bike thief, such measures are child's play. You can never be safe enough when it comes to the defense of your bike. I myself use a combination of two locks: the TiGr Titanium Bike Lock and the Kryptonite New York Fahgettaboudit U-Lock. I have never had a bike stolen though I once had my tyres slashed, I assume by a disheartened thief stymied by these locks. I have since purchased impuncturable Greentyre tyres, made out of microcellular polyurethane. Moving on...

Drafting, or slipstreaming, is a biking technique which involves reducing the air's drag effect on you by cycling directly behind another (preferably larger) cyclist. While this is common practice in bike races, it isn't commonly seen in city streets because only a small percentage of casual bikers have read this article. While this technique may feel morally wrong and may also feel physically wrong after you crash into someone you were following too closely, if performed successfully the reduced effort required to pedal induces a sense of euphoria similar to ingesting the Coca leaves cultivated on the eastern slopes of the Andes. Be sure to only draft a maximum of 30 seconds at a time, otherwise the reduced blood flow to your brain can cause drowsiness, fainting, and, in severe cases, hallucinations. The following set-up is what I use, but is by no means necessary.

My last pro tip is arguably less of a cycling tip and more of a jet plane tip. After reading an article on the dailymail website entitled "Is this the world's most dangerous bicycle? Inventor powers bike with jet engine to reach speeds of 50mph" I am now in the process of building a similar jet engine for my bike. So far I have spent six thousand dollars, not to mention the cost of rebuilding my garage, but have not managed to replicate the wonderous device that Colin Furze, a plumber, created. I mean for god's sake you'd think my Art History degree would get me somewhere. Maybe the ability to master pulse jets will forever lie out of my grasp. To think that during WWII the Germans powered their V1 flying bombs with this technology but, 69 years later, I won't be able to drag race with a Prius on my damned bike.

Follow these pro tips to the letter and you'll be set to dominate the city streets, casually travelling literally anywhere in a cheap, efficient, environmentally friendly fashion. Be sure to wear a helmet and to stay a safe distance away from the heat generated by your jet engine.

for another article which includes a discussion of jet engines, please see 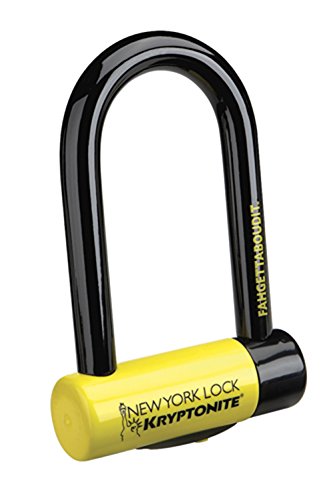