Get a collection of the Die Hard films cheaply from Amazon, or read more articles on film and television. You too can earn money from writing articles by signing up for InfoBarrel.
InfoBarrel is a writing platform for non-fiction, reference-based, informative content. Opinions expressed by InfoBarrel writers are their own.
InfoBarrel > Entertainment > People

Biography and Filmography of Bruce Willis

Bruce Willis describes himself by saying, "I'm really just a regular guy who has had an incredibly blessed life." The regular guy attitude connected with millions of fans when Bruce got the role of David Addison in the television show Moonlighting from 1985-89. Playing opposite acting veteran Cybil Shepard, Willis won an Emmy for Outstanding Lead Actor in a Drama Series as well as a Golden Globe for Best Performance by an Actor in a TV Series - Comedy/Musical. He said, "The show was about attitude and great writing." Willis has never been short on attitude, even when he was a nightclub bartender in New Jersey. He says, "The voice I have always listened to is my own, for good or bad. I've always had confidence. Before I was famous that confidence got me into trouble. After I got famous, it just got me into more trouble."

Credit: Gage SkidmoreWalter Bruce Willis was born on March 19, 1955 in Rhineland-Palatinate, West Germany. His dad, David Willis, was a U.S. soldier. His mom, Marlene K, was born in Kaufungen, Germany. Bruce was Marlene and David's first-born. He has a sister named Florence and a brother named David. He lost his brother, Robert, to pancreatic cancer in 2001. David Willis moved the family to Carneys Point, New Jersey in 1957 after he was discharged from the military. Marlene worked at a bank and Bruce's dad worked as a welder and master mechanic. Willis began having a stutter while attending Penns Grove High School. Classmates called him Buck-Buck. Acting allowed him to express himself and he joined the drama club. "When I acted I was being a different person. The emotional trigger that caused me to stutter... stopped when I could act."Movies starring Bruce Willis have grossed about $3 billion in total so far. The Die Hard franchise, currently standing at five films with a sixth planned, has grossed about $700 million. Willis is considered the ninth highest-grossing actor in a leading role and has a net worth estimated at $150 million. He began as an extra in the early eighties while still working as a bartender. He appeared in Miami Vice and the Twilight Zone before landing his role on the comedy thriller television series Moonlighting. His movie career skyrocketed in 1988 with the first Die Hard movie when it grossed more than $138 million worldwide. He has appeared in 93 movies and was a producer for seven films. He wrote the story for the 1991 movie Hudson Hawk. Willis has said of the Die Hard franchise, "After I did the first Die Hard I said I'd never do another, same after I did the second one and the third. The whole genre was running itself into the ground." Willis's open and honest manner is an endearing characteristic and his off the cuff comments are not limited to the subject of movies. He once said of the difference between men and women, "On the one hand, we'll never experience childbirth. On the other hand, we can open all our own jars." He says that he has dated very little and considers himself more of a relationship person. He met Demi Moore at the premier of the movie Stakeout and they married less than a year later on November 21, 1987. They have three daughters: Rumer Willis, born 1988, Scout LaRue Willis, born 1991, and Tallulah Belle Willis, born in 1994. Bruce and Demi divorced in 2000, but have always remained close. He attended her marriage to Ashton Kutcher and she and Ashton attended his March 21, 2009 marriage ceremony to model Emma Heming. The ceremony was not legally binding and they wed in a civil ceremony six days later. He and Emma have one daughter, Mabel Ray Willis, born in 2012.

He has been nominated for a number of awards throughout the years, but has won very few aside from those he gained from Moonlighting. 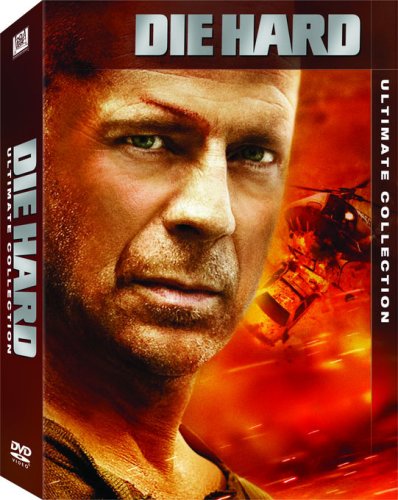