Find Hugh Jackman's films on Amazon. You too can earn money from writing articles by signing up for InfoBarrel.
InfoBarrel is a writing platform for non-fiction, reference-based, informative content. Opinions expressed by InfoBarrel writers are their own.
InfoBarrel > Entertainment > People

Biography and Filmography of Hugh Jackman

Hugh Jackman is the youngest out of five children born to Christopher John Jackman and Grace McNeil Greenwood and was born on October 12 in 1968 in New South Wales, Australia. The 6’2” man, even though born in Australia, actually has English blood running through his veins since both his parents are from England as well as a bit of Greek and Scottish blood from his great grandfather and grandmother’s side. The handsomely charming actor is famously known as Logan staring the Wolverine character in the popular movie X-Men.

No, Hugh Jackman is not single. In fact, he was married on April 11 in 1996 to Deborra Lee Furness who was born on December 8 in 1955. She is an actress and producer as well and well known for Legend of the Guardians, Jindabyne and Beautiful. The two lovebirds are still currently together and share two beautiful children, which they adopted. Their son Oscar Maximillian Jackman was adopted in May of 2000 and their beautiful daughter Ava Eliot Jackman was adopted in July of 2005. Hugh met his wife while starring in the Australian TV series Correlli.

His career path began by getting his communications degree as journalism major from the University of Technology in Sydney, Australia. Shortly after he was interested in drama and decided to go to the Western Australian Academy of Performing Arts, where he was noticed and offered a starring role in the ABC Television drama Correlli. The talented actor not only has skills for being on screen, but also has a voice for singing, which landed him the part of Gaston in the Australian production of "Beauty and the Beast" and the Australian production of "Sunset Boulevard" as Joe Gillis. He also sang, "People Will Say We Are in Love" from "Oklahoma!" at the Fox Studios in Sydney, Australian with Shirley Jones. Another musical he performed in was "The Boy from Oz." Some films that Hugh Jackman has starred in are X-Men, X-Men 2, X-Men the Last Stand, X-Men: Days of Future Past, Movie 43, Swordfish, The Prestige, The Fountain, Scoop, Happy Feet and Flushed Away. When he is not acting or singing he is running his production company with his longtime assistant John Palermo and wife known as "Seed Productions."

Does Hugh Jackman Participate in Any Kind of Charity Work?

Yes, Hugh Jackman does participate in charity work. One particular organization he participates in is the Global Poverty Project. His role in the charity is global advisor. In 2009, he did narrate a documentary supporting the charity. Then in September in the same year, he was a World vision ambassador that participated in the NYC ceremony for climate week. He also donates to causes such as Charity Water and Operation of Hope. Both he and Daniel Craig even helped with a fundraising event in December of 2009 to raise money to help support the Broadway Cares Foundation for the fight against AIDS.

What is Hugh Jackman’s Net Worth?

Hugh Jackman’s net worth is near $150 million dollars. His acting, singing and producing talents along with a lot of hard work devoting time to being the best at what he loves doing has gotten him what he so rightfully earns. One of his greatest assets that he has purchases with that well-earned cash is the Triplex apartment in New York City that cost him $19 million dollars. He also owns his beloved Audi Q7, and a Volkswagen Jetta to cure his need for speed. One of the movies that helped him reach his outstanding net worth was the X-Men Origins film from 2009, which made him a large lump sum of $20,000,000 million dollars.

What was One of Hugh’s Lifelong Goals?

One of Hugh’s lifelong goals was to become an international freelance journalist, which he accomplished before turning to acting and singing. In fact, that is why he went to the University of Technology in Sydney, Australia. Now, he loves starring in Broadway Shows in New York City. Some of the ones he has starred in are "Carousel, A Steady Rain, and Back on Broadway."

What Does He Love Most at the End of a Long Day?

Hugh Jackman loves going home at the end of a long day to his daughter who always runs up and hugs him and his son and wife. He says seeing his family makes all the troubles that occurred within that day, melt away and he is just overcome with love and joy. After all, keeping his family together is all that matters to him since experiencing his parents divorcing while he was a young boy. The divorcing of his parent’s was actually one of the reasons why he dealt with explosive anger issues as a teenager, which was handled in a positive way by getting involved and playing rugby with friends and team mates in school. As he has gotten older and wiser his explosive anger is managed properly, but when he has had to play the role of Wolverine he looks back and uses those feelings that caused his explosive anger as a young man to help him be the best character he can be for starring in the comic movies of the X-Men series.

What Can You Find Hugh Jackaman Doing Today?

Today, you can find Hugh Jackman living in New York City singing and acting in Broadway Shows still happily married to his wife Deborra-Lee Furness and spending as much time as he can with his children. One of the Broadway shows he was recently in was "The River." His role was "The Man." 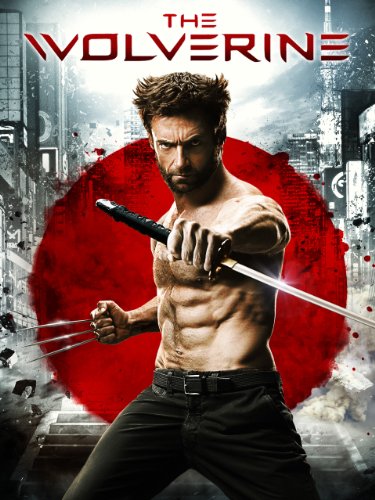