Find Jason Statham films cheaply on Amazon, or read more articles on film and television. You too can earn money from writing articles by signing up for InfoBarrel.
InfoBarrel is a writing platform for non-fiction, reference-based, informative content. Opinions expressed by InfoBarrel writers are their own.
InfoBarrel > Entertainment > People

Biography and Filmography of Jason Statham

Jason Statham comes from humble beginnings and says he is not too shy to go back. He was born in Shirebrook, Derbyshire on September 12, 1967. His mom, Eileen Statham, was a dancer. His dad, Barry Statham, worked as a lounge singer and sold goods in the local street market stalls. Jason had a love of the arts, football and diving. He practiced diving everyday and was part of Britain's National Diving Squad for twelve years. He competed on the 3-meter springboard and 10-meter platform. He reached the rank of 12th in the world for platform diving in 1992. He said of that time in his life, "I think being a competitive diver for years helps you focus and dedicate yourself to what's needed."He likes competition and pushing himself. He is an avid supporter of Nottingham Forest Football Club, is considered an expert in Kickboxing and is well trained in Mixed Martial Arts. His gravelly voice and ever-present stubble have been his trademark in movies and he feels an average guy look contributes to his popularity: "I suppose that is the European way, dangerous and hairy."

Credit: http://www.flickr.com/people/jwjensen/The more than 30 movies he has starred in since 1998 have brought him a net worth of more than $30 million. He was in a relationship with Kelly Brook from 1997 to 2004. He has been seeing Rosie Huntington-Whiteley since 2010. Supermodel Rosie is twenty years younger than Statham and has made it clear that she wants to have children with him someday. For his part, Jason says he is ready to start a family with Rosie, but understands her career is keeping her busy currently and he does not want to pressure her. Jason has an older brother, Lee Statham, and no sisters. Guy Ritchie was just starting out as a director when he cast Jason Statham for the role of a con artist in his movie Lock, Stock, and Two Smoking Barrels. The two have remained close friends and worked together in Revolver and Snatch. The total box office gross for all Jason Statham films is about $1 billion. The highest grossing film he has been a part of is The Expendables. He is most widely known for his starring role in The Bank Job, which grossed more than $63 million. He did most all of his own stunts in the 2002 movie The Transporter saying, "I've spent all those years learning how to do certain skills, and then that competitive spirit kicks in and you want to do the stunts. Basically, it's the the male competitive ego at work."When asked about the characters he portrays in movies and from where he draws his inspiration, Statham says, "Growing up where I did, you met a lot of colorful characters whose business was on the other side of the law, or more likely you didn't know what they were up to, and you never would. So playing those kinds of characters now, I can draw on that. The rest of it, you can practice or learn from books. But mostly, I draw from my experiences. That's all I have, you know."None of his film roles have garnered Academy Award nominations and that does not seem to bother Statham. He says, "I'm certainly not Tom Cruise or Brad Pitt." 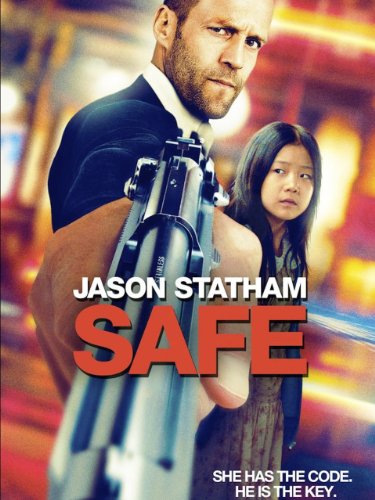