Find Jeremy Renner's films cheaply on Amazon. You too can earn money from writing articles by signing up for InfoBarrel.
InfoBarrel is a writing platform for non-fiction, reference-based, informative content. Opinions expressed by InfoBarrel writers are their own.
InfoBarrel > Entertainment > People

Biography and Filmography of Jeremy Renner

Born in Modesto, California, in 1971, actor Jeremy Renner, the oldest of seven brothers and sisters was born to teenage parents who divorced by the time he reached the age of 10. After graduating Fred C. Beyer High School, he enrolled in Modesto Junior college to study computer sciences. It was during his studies there that he took a drama course, and he fell in love with acting. He left the college in his second year and moved to San Francisco, and studied at the American Conservatory Theater. From San Francisco he moved to Hawaii, and then back home to California where he settled in Los Angeles. It was in L.A., that he pursued the stage and starred in "Search and Destroy" as well as co-directing the play. The staunch actor had no easy time of it; his budding career was a countless stream of auditions and rejections, but he never gave up. He sang in karaoke bars to grow accustomed to performing in front of an audience, and there were times when the young actor lived without electricity. It was during his time in L.A., that the young Mr. Renner landed a role in 1995 movie, "National Lampoon's Senior Trip." During 1999 he landed the role of a vampire in the television series "Vampire." In 2002, after a string of telemovies and commercials, he took on the role of Jeffery Dahmer, and his portrayal in the vehicle "Dahmer" led him to the nomination for an Independent Spirit Award. Mr. Renner's hard work and sacrifices paid off; his poignant depiction of the serial killer opened the doors to roles in major films and TV productions. His highest grossing motion picture to date is the "Avengers: Age of Ultron," and Mr. Renner will be starring in the Paramount production of "New Mission: Impossible – Rogue Nation" due out in July of 2015. In 2016 he will renew his role as Hawkeye, in the production of "Captain America: Civil War." The multi-faceted Mr. Renner doesn't limit his activities to acting, and when he isn't starring in films such as "The Hurt Locker," for which his performance gained him a nomination for Best Actor, the irrepressible Mr. Renner is singing and writing songs. He plays the guitar, keyboard and drums, and for a short time he performed with the band Sons of Ben. He is on the soundtrack of "North Country" singing "I Drink Alone", and for "The Assassination of Jesse James by the Coward Robert Ford," he sang "Good Ole Rebel." In the 2006 film, "Love Comes to the Executioner," he sang "American Pie." He also has appeared in music videos for the bands, Pink and Brother Sal.

Credit: Gage Skidmore https://commons.wikimedia.org/wiki/File:Jeremy_Renner_SDCC_2014.jpgMr. Renner served as a United Nations Goodwill Peace Ambassador in Afghanistan, and he is the recipient of the Distinguished Alumnus Award from Modesto Junior College. He is also the recipient of Screen Actors Guild Award for Outstanding Performance, and over his career, he's earned multiple film critics' awards. In 2009, he won the Hollywood Film Festival Breakthrough Award for his role in "The Hurt Locker." Mr. Renner keeps busy supporting organizations such as Boys and Girls Clubs of America, Save the Children and Stand up for Cancer. To relax Mr. Renner operates a contracting business, renovating houses with his best friend Kristoffer Winters. He started the business with just $200 in the bank, and wrangled a loan on his potential earnings from the movie "S.W.A.T.," to buy his first fixer-upper. Working through sub-contractors, the two friends redesigned and restored a Nicholas Canyon home to pristine condition. To their contracting credit is a home in Hollywood, that they bought and rebuilt for a profit of over a million dollars. He admits his home restorations earn him more money than his acting, but performing is his first love. The actor founded, the Combine, a production company, in 2011 with writer-director Don Handfield. The Combine produced "Kill the Messenger", and the company is interested in producing biopics of the late actor Steve McQueen. Paramount bought into the pitch to produce "Slingshot," also starring Mr. Renner, and the spy thriller, "The Throwaways", released in December 2014, starring James Caan, credits Jeremy Renner as the executive producer. For five years from 2005 until 2010, he was in a relationship with actress Jes Macallan, and in 2014, Mr. Renner married Sonni Pacheco, a Canadian born model. After only 10 months, the marriage ended on the grounds of irreconcilable differences. Mr. Renner enjoys shared custody of their daughter Ava Berlin Renner. The energetic Jeremy Renner while raising his baby girl, continues to star in major motion pictures and stage plays; he also produces and directs feature films as well as designing and managing his contracting enterprises. As a young actor he had a goal to retire at age 45, but it doesn't look like he is slowing down any time soon. 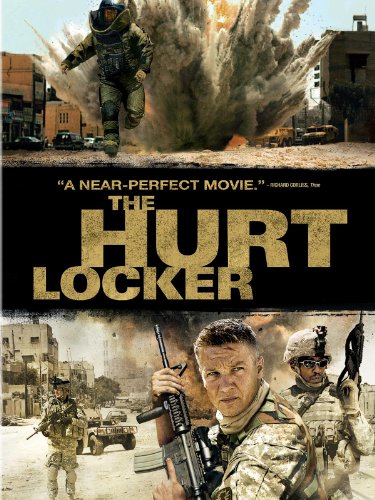