Buy Jonah Hill films cheaply on Amazon, or read more articles on film and television. You too can earn money from writing articles by signing up for InfoBarrel.
InfoBarrel is a writing platform for non-fiction, reference-based, informative content. Opinions expressed by InfoBarrel writers are their own.
InfoBarrel > Entertainment > People

Biography and Filmography of Jonah Hill

Making it big in Hollywood is no easy task, although two-time Oscar-nominated actor Jonah Hill certainly gives that impression. This talented Los Angeles native also writes screenplays and produces his own films. While it might be difficult to make a name for yourself in L.A., at least Jonah Hill didn’t have a long commute!  The actor now known as Jonah Hill was born Jonah Hill Feldstein in Los Angeles, on December 20, 1983. He is the offspring of Sharon Lyn Chalkin and Richard Feldstein. Chalkin is a clothing designer and stylist. Richard Feldstein is a tour accountant for the band Guns ‘N Roses. The family has a number of entertainment industry connections, including a very close relationship with actor Henry Winkler and his family. Jonah Hill spent his youth in Los Angeles, but chose to attend college in New York City.

While studying drama at the New York School, Jonah Hill also started writing his own material, and performing his plays at a bar in the East Village. Among Hill’s small, but devoted group of fans were Rebecca and Jake Hoffman, the children of Dustin Hoffman. The younger Hoffmans were impressed enough by Hill to introduce him to their legend-father. Shortly afterwards, Hill’s first film role (I Heart Huckabees, 2004) was secured. Jonah Hill has worked (nearly) non-stop since completing I Heart Huckabees.

Like many young people starting out in Hollywood, Jonah Hill was offered film roles that weren’t exactly Oscar-worthy. As a pudgy, average-looking young man, he didn’t exactly have classic Hollywood looks either. However, Hills looks made him perfect for films geared to young males – sophomoric comedies replete with bodily functions, drunken episodes and never getting the girl. Many of these were Judd Apatow projects. They were very successful, funny (to that audience) and well-done, although not widely seen by anyone over 30. Some Apatow films including Jonah Hill:

Actor Jonah Hill is obviously not a one-trick pony. Although most of his Apatow buddies seem to be happy working in the same (juvenile) genre of films and entertainment, Hill was already trying his hand at other opportunities in Hollywood from his earliest days in the industry. Just a few of Hill’s alternative projects have been:

These last four years have introduced us to a new side of Jonah Hill. Much like the difference between high school work and college level work, Hill has shown us much more of what he’s really capable of and where his career is headed.

All three of these films were nominated for Best Picture! Hill is not content at just acting in one niche in the industry, but does in fact enjoy stretching himself in different areas to those that he is most associated with and, judging by the critical response and award nominations, this is something he is good at. Yet he is still willing to return to his roots.

Not to say that Jonah Hill has lost touch with his raunchy roots completely. Last year’s This is the End was as rude and successful (and funny!) as all the other movies - maybe more! This year he’s acting and producing 22 Jump Street and acting in a film with Seth Rogen entitled Sausage Party. But there’s also another animated children’s movie in the works.

In 2012, Jonah Hill was asked to join the Academy of Motion Picture Arts and Sciences. Besides his two Oscar nominations he has some minor acting award wins and numerous nominations and accolades. 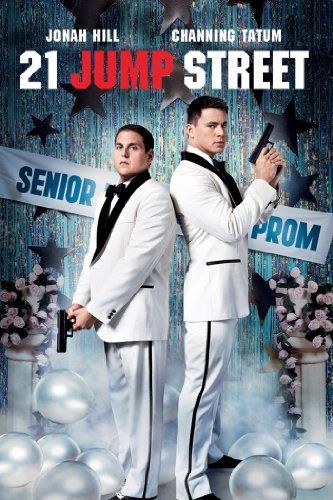