Find Luke Evans films cheaply on Amazon. You too can earn money from writing articles by signing up for InfoBarrel.
InfoBarrel is a writing platform for non-fiction, reference-based, informative content. Opinions expressed by InfoBarrel writers are their own.
InfoBarrel > Entertainment > People

Biography and Filmography of Luke Evans

Luke Evans has emerged from relative obscurity to become one of the most bankable film actors in recent years. From the London stage to Hollywood film, Evans has secured a place among the acting elites of international cinema. Born in the Welsh town of Pontypool on April 15, 1979, Luke Evans was an only child to parents Yvonne and David Evans. Growing up in Aberbargoed, a small village in the south of Wales, Evans was raised as a Jehovah's Witness. However, the actor left the religion at the age of 16. Evans also left school at 16, and quickly found work in a local shoe store. He has stated that he saved £15 a week in order to pay for his own singing and acting lessons, simply because he enjoyed performing. In an interview with the online magazine Collider, Evans stated that performing "was something I always wanted to do". However, he holds that although acting and singing were his great passions in life, he never considered either as a serious choice for a profession until after college.

Credit: https://en.wikipedia.org/wiki/File:Luke_Evans_at_WonderCon_2011_3.jpgEvans left his family home at 17 and moved to the Welsh capital of Cardiff. There, Evans took the opportunity to study under renowned singing coach Louise Ryan. In 1997, and with the encouragement of his acting coach, Evans auditioned for, and won, a performing arts scholarship, allowing him to attend The London Studio Centre in King's Cross, London. Quickly after his graduation from The London Studio Centre in 2000, Evans racked up a laundry list of roles on London's West End stage, a selection of fringe theatre companies in London and at the Edinburgh Theatre Festival. In the early 2000s Evans starred in Avenue Q, Miss Saigon and Rent. Although his theatre work was often praised and remained constant throughout the years, Evans reached new heights in 2008 after landing a role in Peter Gill's Small Change at the Donmar Warehouse. His work on Small Change remains significant to his career as it was during his run as Vincent that Evans gained the praise and interest of many theatre and film critics, both British and from the United States. It was also from this role that he earned a nomination for 'Best Newcomer' by the Evening Standard Theatre Awards. Evans continued working at Donmar Warehouse in 2008, playing Yves Montand in Piaf. Evans moved from theatre into film in 2009, at the age of thirty. After travelling to Hollywood and signing with a manger, Evans secured his first Hollywood role; that of Apollo, the Greek god, in the 2010 Clash of the Titans remake. In the same year Evans also auditioned for and secured roles in Robin Hood and Matt Whitecross' Sex &  Drugs &  Rock &  Roll. One of Evans' major British film roles to date, Andy Cobb in Tamara Drewe, came to through a seemingly serendipitous chance. The casting director working on the 2010 film happened to witness Evans playing Vincent in Small Change at the Donmar Warehouse - a role similar to that of Andy Cobb, a love interest in Tamara Drewe. After the casting director secured a meeting for Evans with Stephen Frears, the film's renowned director, Evans was offered, and quickly accepted, the role of Andy Cobb without an audition. This also allowed Evans to work with Gemma Arterton once more – both having had starred in Clash of the Titans. After gaining popularity as an actor in Hollywood, Evans’ sexuality became a case of immense interest among gossip columnists in the United States. Evans has stated that he is, and has always been, openly gay, and that his sexuality has had little to no effect on his career. He has noted that he never attempted to hide his sexuality, even as a young actor starting out on the London theatre scene. He maintains that he is happy with his decision to have always remained upfront and honest about his sexuality, stating in a 2002 interview with The Advocate that "It's who I am. And if people don't like it, then I don't want their jobs."Making a break from action and fantasy films, Evans took the role of the unnamed 'driver' in Ryuhei Kitamura's relatively small release 2012 psychological horror No One Lives. This intense, near silent role allowed Evans to display his acting range beyond that of melodrama and action, like that seen in Clash of the Titans or his role as the King of Gods, Zeus, in Tarsem Singh's 2011 epic Immortals. Returning once more to Hollywood blockbusters, Evans signed on as Bard the Bowman in Peter Jackson's 2013 second instalment in the Hobbit trilogy, The Hobbit: The Desolation of Smaug – a role he later reprised in 2014 for the final film in the trilogy, The Hobbit: The Battle of the Five Armies. Continuing on his path to stardom, Evans also landed a role in the massively popular Fast and Furious franchise as antagonist Owen Shaw in Fast 6, released in 2013. Evans also made a brief cameo as Owen Shaw in 2015's Furious 7. Having earned great success with big-budget Hollywood films, small indie productions and immensely popular theatre performances, Luke Evans has maintained an active and hugely prosperous career. Although he claims that he never had any intention or belief that his acting could ever provide him with a lasting profession, Evans has quickly become the subject of great esteem and intrigue, both in Britain and the United States since his cinematic début. Evans is set to star in a number of upcoming action and thriller films on both sides of the Atlantic, with numerous cinema releases planned over the coming years. His consistent and critically acclaimed work has inevitably secured him further success and is set to push his career to even greater heights. 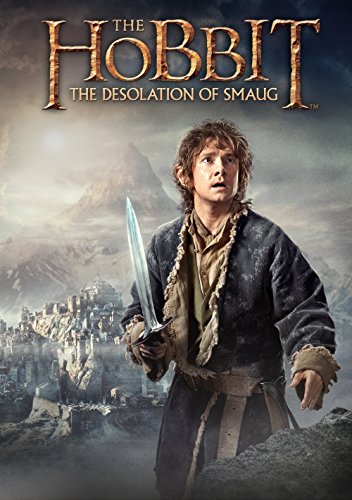 The Hobbit: The Desolation of Smaug Amazon Price: $9.99 Buy Now(price as of Nov 6, 2015)
Next >> Do Celebrity Endorsements Work? Five Brilliant Must-See Videos