Find more films by Mark Strong cheaply on Amazon. You too can earn money from writing articles by signing up for InfoBarrel.
InfoBarrel is a writing platform for non-fiction, reference-based, informative content. Opinions expressed by InfoBarrel writers are their own.
InfoBarrel > Entertainment > People

Biography and Filmography of Mark Strong

Best known for his roles in the Green Lantern as Sinestro and in Sherlock Holmes as Lord Blackthorn, actor Mark Strong has made a lucrative career for himself commonly portraying villain characters. Strong was born in London, England as Marco Giuseppe Salussolia. His mother was Australian and father Italian. Upon his father leaving them when he was born, his mother chose to officially change his name to Mark to reduce the chance of him being picked on in school and to fit in easier. Strong's life has been simple and laidback and continues to live in such a style. Strong originally planned to become a lawyer and left London to study at the Wymondham College in Norfolk, England. He changed his mind after one year of studies to become an actor. He returned to London to study drama at the Royal Holloway at the University of London. This is where he found his niche.

Credit: By Siebbi (cropped version of ipernity.com) [CC BY 3.0 (http://creativecommons.org/licenses/by/3.0)], via Wikimedia CommonsThere was nothing tragic or shocking that has occurred in Mark Strong's life as some actors may have experienced with poverty and facing tough times. Just as his acting career continues to be steady, so has his personal life. In his private life he has two sons with his wife Liza Marshall who he maintains in a stable relationship with. He prefers to continue living in London as he has spent most of his life there. Currently, he lives moderately in a red brick Victorian home rather than moving to the United States. He began to make a name for himself in the late 1980's by starring in many television series and British stage productions in England. He managed to explore further into American roles from movies such as Kick Ass in 2010 as Frank D'Amico to adult films such as Syrianain 2005 as Musawi. Strong has one of those highly familiar faces that you will always recognize, but may not necessarily remember his name. Mark Strong speaks fluent German and Italian that has also helped him increase the amount of roles he is offered. He is not only versatile as an actor he is versatile in his personal life as well. He has dabbled in music as he played in punk bands such as Private Party and the Electric Hoax in college and he developed a liking for being a DJ as he feels is very good at it. He has a strong sense of style and considers David Bowie as his style icon. Strong looks upon Nelson Mandela as his greatest inspiration. What is there not to like about Mark Strong? He is a hard worker and has made his mark in films and television alike as an established actor. He is a family man who has developed a firm foundation for his family and has not found himself a target for media frenzy over things that may have gone wrong in his life. He lives a simple life at home and considers himself organized and happy despite how busy and hectic things can get in his professional life. 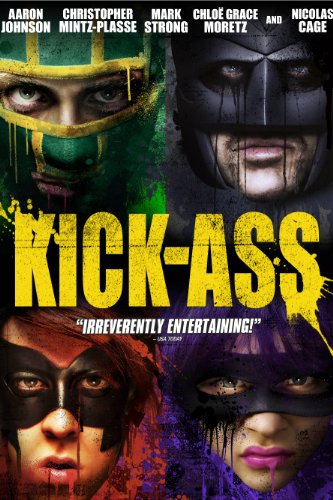