Find Scarlett Johansson filmscheaply on Amazon. You too can earn money from writing articles by signing up for InfoBarrel.
InfoBarrel is a writing platform for non-fiction, reference-based, informative content. Opinions expressed by InfoBarrel writers are their own.
InfoBarrel > Entertainment > People

Biography and Filmography of Scarlett Johansson

Since starting her acting career in 1994, Scarlett Johansson has become one of Hollywood's modern sex symbols. She began her debut in acting starring as Laura Nelson in the comedy North. Since then she has stared and co-starred in many movies and also performed on Broadway.

Johansson was US born right in New York City on November 22nd 1984. Karsten Johansson, Scarlett's father, is Danish. Her mother, Melanie Sloan, comes from a Jewish family but born American. Johansson has a twin brother, born 3 minutes after her, Hunter Johansson. Scarlett also has two more siblings, Adrain and Vanessa Johansson. older half-brother, Christian, from her father's first marriage. She comes from a creative family, her mother is a producer and her grandfather was a screenwriter and director.

As a child Scarlett Johansson took an early interest in the world of acting. At age 8 she early age. At the age of 8, she appeared in an off-Broadway production of Sophistry. Musical theater was one of Johansson's biggest passions. She studied at Manhattan's Professional Children's School. Though Johansson started her career as a young actress, it was her role in Girl With a Pearl Earring in 2003 that shifted her into the adult acting world. She may be best known for her roles in movies such as Lost In Translation or the Marvel Comic's movies Iron Man 2 and The Avengers. But many people may know her from one of her earliest films, The Horse Whisperer. Johansson graduated from Manhattan's Professional Children's School in 2002. From there she soon became one of the top up-and-coming actresses. Johansson has said that since she was a kid, Broadway was one of her goals. Her Broadway debut came in 2009 in a revival of Arthur Miller's drama A View from the Bridge.

A little less known fact is that Scarlett Johansson actually released two music albums, Break Up and Anywhere I Lay My Head. She joined forces with Pete Yorn for the album Break Up, and they released their album in 2009. Her solo album, Anywhere I Lay My Head was released in 2008. Scarlett Johansson has been nominated for 4 Golden Globe Awards by 2004. For her role in A View from the Bridge, Johansson won the Tony Award for Best Performance by a Featured Actress in 2010.

Johansson has been named by many as one of the hottest women, ranked 9 in FHM's 100 Sexiest Women in the World and #24 on Maxim magazine's Hot 100 Women in 2005. Then again in 2006, ranked #6 on Maxim magazine's Hot 100 Women and chosen "Sexiest Woman Alive" in FHM's 100 Sexiest Women in the World. She has still remained high on these list and others. In 2007 Johansson began dating actor Ryan Reynolds, best known for roles in movies such as Van Wilder, Waiting, Just Friends and The Green Lantern. By the couple were engaged and then married. But by 2010 they were announcing their separation and divorced by 2011. By the end of 2012, Johansson began dating Romain Dauriac, a French journalist. After almost a year of dating, in 2013, the two announced their engagement. Although, they are not in any rush and have not set a date as of yet. But it looks like the couple will be making plans for the arrival of their first baby. 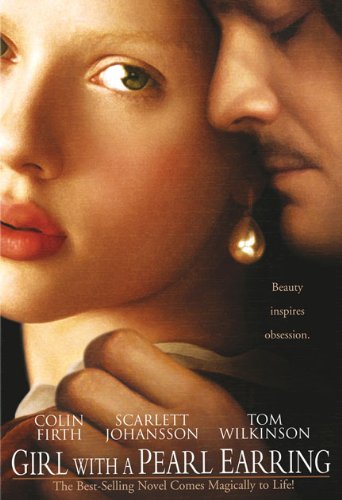