Several months back I was searching for games on Steam.  I was looking at which RPG/Action games were rated the highest and the highest rated game now is Bioshock.  I was shocked that a game seven years old is still ranked the highest.  So I purchased this game to try it out.  For those who have already played the game you can skip the next paragraph.

Bioshock takes place in the 1960's and features a character named Jack who survives a plane crash only to end up in an underwater city named Rapture.  Rapture was built by a business genius named Andrew Ryan.  Ryan created Rapture to be a sort of utopia for the capitalist.  It is a city where capitalism is at its purest.  No restrictions, no government intervention.  When Jack arrives the city has become a home of psychopaths and mutated monsters.  This comes from the invention of a product called ADAM.  Jack must not only survive but discover the mystery behind the city Rapture.

Though the game is older the graphics are still viable.  Some of the characters are blocky and the textures seem weak but overall the old graphics still give you plenty of visual enjoyment.  If you compare them to recent game graphics you will be disappointed.  It is a good policy to remind yourself that it is an older game.

Bioshock is a first person shooter with some RPG elements added.  Like most first person shooters as the game wears on so does the redundancy of the weapons.  Bioshock does break this up nicely by adding what they call plasmids.  These are pretty much super powers that provide a bit more strategy in your attacks.  If a bad guy is giving you trouble and you only have a pistol than you can use your shock ability to stun him or her to get a few more shots.  Even with that added though near the end of the game you will find a few weapons and stick with them.  This begins the redundancy problem again.  The bad guys you fight will have various attacks and powers themselves but quick and accurate shooting is almost always the answer to defeating them.  Switching through powers is easy and the mechanics of hacking droids and traps is challenging enough to keep it interesting.  Overall, the game play is fun but it isn't what makes this game a top-rater.

Without giving away any spoilers I will try to explain why this is the most powerful aspect of the game.  First off, I have not found a story so unique in such a long time.  I am sure there is something out there that is similar but for me this story was a brand new experience and it is why I like this game.  The story is rich.  It is filled with mystery that keeps you going through almost the whole game.  It also has some of the most twisted and sometimes disgusting psychological issues that have graced video games.  Some of the characters in the game are really messed up.  This gives the entire game a creepiness that keeps you from turning corners to quickly and checking your own mental stability.  The story also introduces a lot of morality issues which in some cases are caused by you.  The choices you make can affect some of the outcome.  Most moral issues though are directed through the learning of the history of Rapture. The political issues in the story are also very interesting but lightly touched.  This game is just full of life and death and the story brings you right into the middle of it.

This is a great game.  I do feel it is time to get dropped on the highest rating list on Steam, since there are games now that have surpassed it.  If you have not play this game do so, it is worth it. 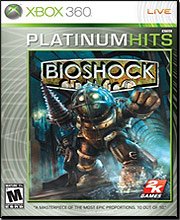 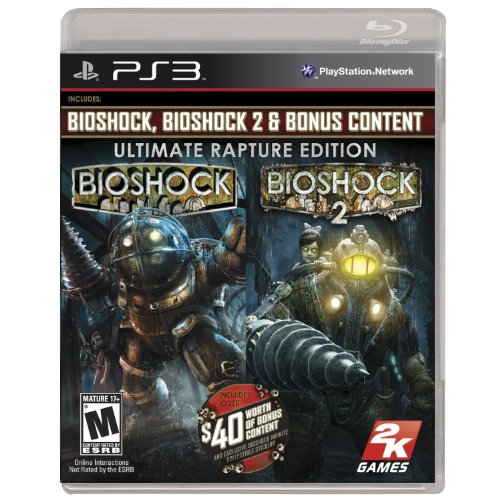