Bloodborne: The Old Hunters - How to Find all 16 New Weapons

Alongside new enemies, bosses, and unravelling a little more about the game world, Bloodborne's latest DLC, The Old Hunters, brings with it a surprisingly large collection of new weapons. With 16 weapons in total, players have the option to collect 11 trick weapons and five side arms to stun and slice through the masses with new flair. While most weapons are completely optional (though highly recommended), achievement hounds will want to hunt down all 16 in order to get the Old Hunter's Essence trophy.

Under the Hunter's Nightmare lantern shortcut bridge with the blood river, follow the river towards the rocks to a cave where you kill a Hunter (to get the Gatling Gun). Continue to the back of the cave into the rear chamber where you fight a smaller Blood-starved Beast. After dispatching that, this weapon will be on one of the corpses in the room.

Heading down the stairs into the circular courtyard from the Hunter's Nightmare lantern, climb the two flights of stairs here and turn left at the top. On the balcony, you can jump down onto the rooftop below. Here you'll find a Hunter brandishing the weapon. Kill him and take the weapon from his corpse.

Start from the bridge that loops back to the Hunter's Nightmare lantern and head down the steps into the tunnel. Entering the next area, take out the plaza filled with crows and climb the ladder, dropping down to the lower ledge. Beat the Hunter here and loot the corpse for the weapon.

In the area where players first encounter machine gun turrets, look for a building slightly tilting into the ground, enter and head downstairs. The Boom Hammer will be located next to a corpse in a wheelchair. It is also worth noting that the wheelchair explodes, so there's that.

Acquiring the Church Pick is a multi-step process. Players will need to start by rotating the staircase in the Research Hall, and then ride the lift to the Laboratory on the top floor. Taking the staircase up from here, go past where you fought the wheelchair gunners and a Hunter to a platform in the middle of the room.  From there, jump to the balcony attached to the Patient Room side of the building, turn left, enter a dark room and grab the Underground Cell Key from a corpse (be careful of the enemy in here, it poisons).

Finally, head down to the jail cell-lined corridor attached to the Ludwig boss room, use the key on the locked cell door on the left, and kill the Hunter inside. After some light murdering, take his weapon.

As I realize that description can be kind of confusing in words, here is a helpful video:

This is a straightforward weapon to get providing you are thorough. After defeating Ludwig, talk to his severed head, say "yes" to him. He will then fade away leaving this handy weapon behind.

Another weapon that is pretty straightforward to get. The Kos Parasite is obtained after beating the Orphan of Kos boss.

Be ready for a kind of a pain in the ass fight to receive this weapon. Start by dropping down to the well in the Fishing Hamlet (the fastest way is the ladder in the middle of town). To get the weapon, you will be required to kill the giant at the bottom and the second giant that appears after the first. The second giant drops the weapon.

This weapon is received via a short side quest with the Harrowed Hunter (the guy by the side door of the Hunter's Nightmare lantern) which essentially just involves paying attention to him in a few different places. After talking to him, pick the first answer and continue on. He appears again by the Research Hall lantern, talk to him again. Finally, he will appear by the Fishing Hut lantern. Talk to him one last time to receive the weapon.

I threw off my alphabetic order because after obtaining Simon's Bowblade through the Harrowed Hunter's quest, he also gives you an Underground Cell Inner Chamber Key needed for Bloodletter. So basically, do that quest, get the key, then head for the jail cell-lined corridor attached to the Ludwig boss room. Use the key on one of the middle locked doors, meet Brador (he won't attack) and take his weapon.

From the Nightmare Church lantern, head down the stairs and look for the pit full of crows. If this is your first time in the area, beware of the Hunter hiding in the rafters. After taking care of that, drop into the pit and follow the path to the end where the weapon will be shoved in a stone all King Arthur style. 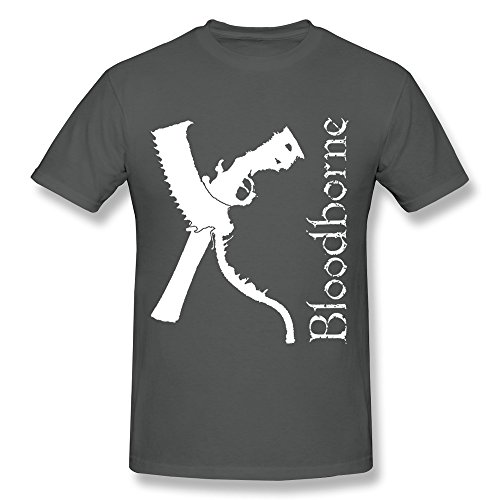 This weapon is found after playing a rather annoying bit of lift hop-scotch in the Research Hall. Step aboard the main lift, then hop off letting the alter be lifted from the area. A second lift platform will then rise, hop on and ride it down. The Church Cannon will be in a chest down below.

After killing Ludwig, players will enter a long corridor of jail cells. Be sure to check the last door on the right for a lootable corpse carrying this firearm.

On the shortcut bridge for the Hunter's Nightmare lantern, hop down into the river of blood and follow it towards the rocks to find a cave.  Be ready to fight a Hunter who wields the Gatling Gun. Murder him a bit and take his weapon. Yes, it is the same area where you got the Amygdalan Arm, but you should have gotten the Gatling Gun first.

Wield Requirements: 11 Strength, 8 SkillDamage: N/A (It is a shield)

Inside the Research Hall after exiting Laboratory 3 (the one with the wheelchair-bound enemies with shotguns) to the balcony, drop down to the staircase below and follow the ledge. No, you can't access the ledge without dropping off the balcony. A corpse on the ledge has the shield.

This side arm does no damage, but like shield do, it does block it.

After obtaining the Firing Hammer Badge, this rifle can be purchased from the Bath Messengers. 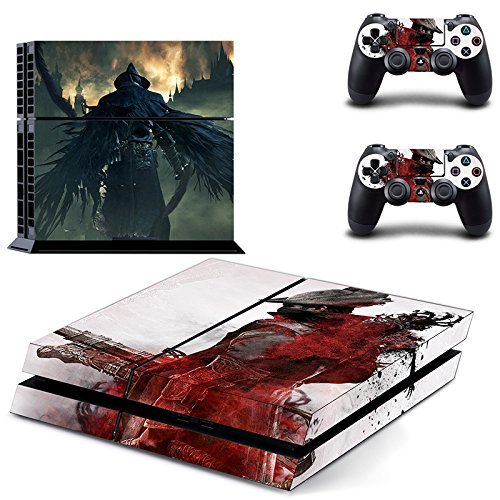