More of Renee Dillon's work can be found at ReneeDillonArt.
InfoBarrel is a writing platform for non-fiction, reference-based, informative content. Opinions expressed by InfoBarrel writers are their own.
InfoBarrel > Entertainment > Games > Board Games

Board Games for Adults - Dixit, Munchkin and Risk

There is a huge assortment of board games out these days that adults can enjoy. Tabletop gaming is becoming a popular way to socialise and have fun with friends. But these games can be expensive and it can be hard to know which games are worth your time and money. So I've collected together a list of a few of my favourite board games to make your decision a bit easier.

Dixit is a card game which relies on your imagination and wit. You receive a hand of six beautifully illustrated cards, each with a scene that wouldn't look out of place in a surrealist children's book. Each player takes a turn being the storyteller, at which time they give a clue related to the picture on the card they have chosen. It can be a song, a word, a phrase, a sound, anything that indicates in some way what your card might look like. Each other player then chooses one of their own cards that could be described by the same clue. Everyone's cards go into a pile (including the storyteller's card) and after a quick shuffle they're arranged in random order on the table, face up. Each person (except the storyteller) then has to guess which card belonged to the storyteller by placing their token on it.

If the storyteller's clue was good enough that at least one person guessed it, but not so obvious that everyone guessed it, they get awarded points accordingly. Everyone else gets points depending on how many people guessed the card that they put down. Unlike most card games, Dixit doesn't rely on getting a good hand or careful tactics. It involves reading the people around you and learning to understand how they think. It also involves adorable wooden bunny tokens to keep track of how many points you have, which can only be considered a bonus. 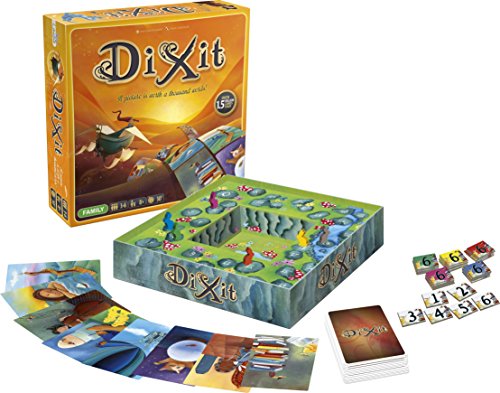 Munchkin was created in response to old school Dungeons and Dragons role playing games. It can be considered role playing, but without the tedious business of needing a Dungeon Master to come up with the plot and keep the game moving. During their turn, each player 'kicks in a door' by drawing one of the door cards and seeing what is inside that room in the dungeon. If they turn over a monster, they have to fight it, using their current level and whatever items in their hand. Players can either help others in fights by offering their services in battle (usually in trade for some of the treasure) or hurt others by playing curses, stealing items or strengthening the moster they're fighting.

True to its purpose, the game does an excellent job of doing the roleplaying for you. Depending on what cards you pick up, you can get interesting items to wear, classes and races with their own perks, and cards which allow you to perform certain actions. People often form alliances and vendettas in games like these, and it can be fun to see the plays and counter plays as people try to mess each other up on their way to winning the game at level 10. 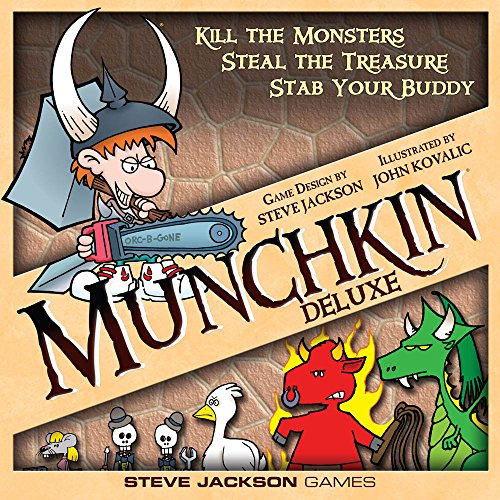 Risk: The Game of Global Domination

Risk is an older board game, but still very playable to this day. The game board consists of a map of the world which is divided into forty-two territories over six continents. Each player is allocated a portion of the territories at the beginning of the game, which they must defend with their army tokens. The goal is to spread out and take neighbouring territories (using successful dice rolls) and take over the world.

Risk is another game in which alliances are forged and broken. Much of your success is based on luck, but careful planning and tactical thinking also comes into play. 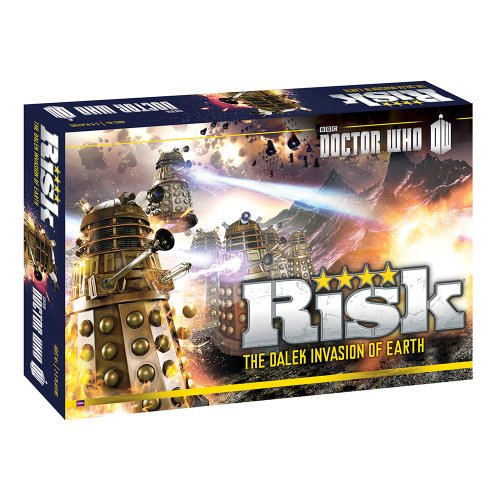 Each of these games could be an interesting addition to your games nights or parties depending on your group of friends and their interests. There are also variations and spinoffs off these games, such as Dixit Journey, Adventure Time Munchkin and Doctor Who Risk. These days board games aren't just for kids.