I can't help but become mildly irked (such as when a gnat invades my personal space) with the level of disrespect, disdain, and downright hatred hurled at former President George W. Bush. So many negative things have been written and said about this man and his presidency. Mostly by folks with no firsthand knowledge of the facts surrounding his decisions; differing political viewpoints; or a political agenda and/or some type of ax to grind. Sadly, those individuals will never read Decision Points, unless they really want to know the truth . . . and most haters don't care about the truth. That's too bad because this book offers a candid look into the character of its author and a true behind the scenes look into the Bush White House by none other than the president himself.

Credit: Wikimedia Commons - public domainRead what went on during the stem cell research debate; and discover why Pulitzer Prize-winning syndicated columnist Charles Krauthammer wrote: "The verdict is clear: Rarely has a president  – so vilified for a moral stance – been so thoroughly vindicated." But, headlines like these are rarely, if ever, brought up when discussing President Bush. In addition, for all the critics of the president's handling of 9/11, find out what really went on in the chapter titled "Day of Fire." Then, after you've read it, ask yourself what you would've done differently under those same circumstances. I, for one, can think of no other person I would have wanted leading our nation at the time. In the book, the president said:

"September 11 redefined sacrifice. It redefined duty. And it redefined my job. The story of that week is the key to understanding my presidency. . . . For as long as I held office, I could never forget what happened to America that day. I would pour my heart and soul into protecting the country, whatever it took." 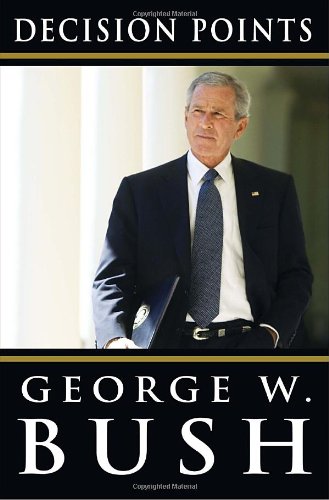 Wars and Rumors of War

Some of Bush's harshest critics claim he is a "warmonger," with absolutely no evidence, by the way, and that he sent America to war for oil. You will find the majority of those critics marching in anti-war rallies, holding peace signs, while at the same time hurling rocks and other objects at law enforcement personnel. It is also those folks who conveniently forget that a congressional war resolution passed three days after 9/11 by a vote of 98 - 0 in the Senate and 420 - 1 in the House. Regarding Iraq, the Senate passed the resolution 77 - 23, while the House voted 296 - 133 in favor of authorizing the use of Armed Forces.

For those individuals who truly have questions and are not just looking to spew hatred, they can read the facts as outlined in the chapters titled War Footing, Afghanistan, and Iraq. Sadly, I suspect that nothing this president says will change the minds of those who choose to hate him . . . but for those who choose not to hate but still have questions, I recommend reading these chapters (and the entire book). The president is clear on the reasons for his decisions. From the beginning, President Bush knew public reaction to his decisions would be "colored by whether there was another attack." Bush wrote: "If none happened, whatever I did would probably look like an overreaction. If we were attacked again, people would demand to know why I hadn’t done more."

Not since President Richard Nixon and the Watergate scandal have I witnessed the vilification of a U.S. President. But in the case of President Bush and the handling of Katrina the press did little, if anything, to investigate and report the truth to the American People. Where were the Bob Woodwards and Carl Bernsteins? Where were the reporters who would leave no stone unturned to find the truth? Sadly, they were nowhere to be found.  You see had they done their job they would have had to report that the person responsible for the slow response was the democratic Louisiana governor and not the republican president. But don’t take my word for it, read the chapter titled Katrina and look up the laws governing natural disasters. 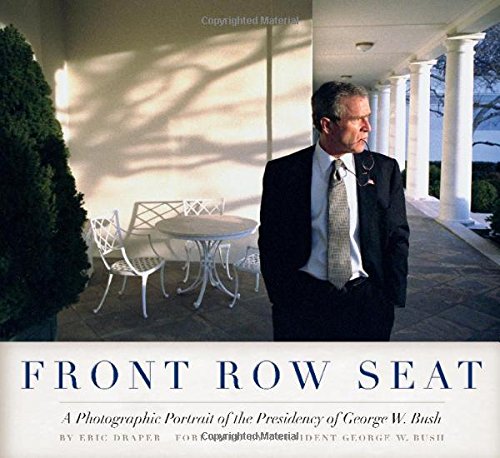 There is a constant theme that emanates throughout this book - love. The book is dedicated to the president's wife and two daughters, whom he refers to as "the loves of my life." Also, evident is the love President Bush has for God and America. Regarding his legacy, President Bush writes: "Decades from now, I hope people will view me as a president who recognized the central challenge of our time and kept my vow to keep the country safe . . . I hope they will conclude that I upheld the honor and dignity of the office I was so privileged to hold."

I have always been proud to call George W. Bush my president and I know many who feel the same way. Unfortunately, those in the media are the ones with the loudest voices, and they have chosen to ignore the evidence and perpetuate the falsehoods of the president's opponents. They are the gnats that continue to invade the personal space of truth. It is unfortunate that many are comfortable with gnats and continue to believe the negative myths. These individuals will continue to close their eyes to the truth and live in their own hate-filled "La-La" lands.

But for others, for those who prefer to know the truth rather than the hype, if they read this book they will come to know the character of George W. Bush. They will realize that the man portrayed on television is far from the good-natured, honorable, and noble leader that America was fortunate to have.  I encourage everyone reading this to read Decision Points and put yourself in this man’s place. I doubt any one of us could have or would have done better.

"One of my proudest moments is I didn't sell my soul for the sake of popularity"  –George W. Bush