After finishing the 2013 baseball season on top of the world, the Boston Red Sox are bound to be the talk of the town when it comes to 2014 predictions.  That, I will get to later.  So let's break down each major category on the Boston Red Sox roster and see where it leaves us at the end of the 2014 season.  Our first foray into the dissection of the 2014 roster starts with the bullpen.

The Boston Red Sox bullpen was an unknown heading into 2013.  We all thought we would finally have Andrew Bailey closing out games in the ninth inning, but that didn't happen when the Sox signed Joel Hanrahan.  Did Hanrahan even pitch last year?  Nine games, for $7 million.  Well, that isn't relavent now, we want to know what is going to happen in 2014.  Aside from Burke Badenhop and Edward Mujica, the bullpen closely resembles what the Red Sox finished with in 2013. 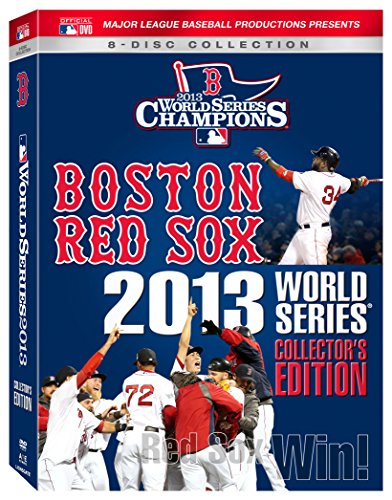 Koji Uehara's best year was arguably 2013.  And for Boston Red Sox fans, there is no argument to be made for how valuable he actually was in 2013.  With injuries to Joel Hanrahan and Andrew Bailey, and the uncertainty surrounding Daniel Bard, Uehara burst onto the scene and stole the show.  Uehara is by no means overpowering, but he gets the job done.  His fantastic streaks and clutch pitching late in games propelled the Red Sox into the World Series.  Can he reproduce his 2013 successes in 2014?  All signs point to yes!  At 39 years old, this could very well be one of his last years in the major leagues, let's hope it proves to be as magical as 2013.

Craig Breslow was somewhat of a surprise in 2013.  Since making his Major League debut in 2005, Breslow has spent time with multiple teams in the majors and the minors.  Another relief pitcher for the Red Sox that lacks overpowering stuff, Breslow is just solid.  A Yale graduate, Breslow is a thinker and understands how and when to pitch to certain hitters.  There were definitely some growing pains with Breslow in the bullpen in 2013, but I don't think anyone can expect a pitcher to be perfect each time out.  In spite of some issues, Breslow managed to be an easy decision for John Farrell in the late innings, and I expect more of the same in 2014.

Junichi Tazawa is the Red Sox setup man.  Boasting a little more pop in his fastball than Uehara or Breslow, his ability to shut down teams in the eighth inning only helped cement Uehara in the closer role.  Tazawa was even more impressive in the playoffs, allowing only one run in 13 appearances.  Tazawa is relatively young and still has some work to do to become more consistent, but 2014 should be a banner year for him.  Tazawa knows his role with the Red Sox and I think that makes his job just a bit simpler.  His job is the eighth inning, and he does his job well.

Andrew Miller is a solid relief pitcher, and playoff teams often need a lot of solid pitching.  Miller is a lefty who can get out right handed batters, making him an ideal choice in later innings.  He also has the stamina to go longer outings if needed.  Even though he missed a good portion of 2013 with an injury, Miller had solid numbers and looks to improve upon them in 2014.  Maybe this is the year that this highly touted prospect shines in the Red Sox organization.

The former St. Louis Cardinal, Edward Mujica is a durable and effective pitcher.  Relying on his split/fastball combination helped him log over 60 innings in 2013.  His effectiveness on the mound will help move the Red Sox from the middle to late innings in command of the game.

Last, but not least, Burke Badenhop will be a righty on righty pitcher.  His effectiveness will rely on whether he is inserted into the right situations.

While the future looks bright in the Boston bullpen, they will only be as good as their health allows them to be.  2013 was a relatively healthy year compared to previous seasons.  With the personnel available to the Red Sox in the Major and Minor Leagues, the bullpen is one area where there aren't many questions.  Although, I think one question remains on the mind of all Red Sox fans; will Steve Hogan (The Bullpen Cop) be back in 2014?