Rick Schultz Founder of Sportscasters Club, an entertaining and informative community of sports fans and sports broadcasters.  (especially the ones that like to have fun!) Sports Broadcasting Instructor - Check out the online sportscasting course!  Writer of many more articles like this!
InfoBarrel is a writing platform for non-fiction, reference-based, informative content. Opinions expressed by InfoBarrel writers are their own.
InfoBarrel > Entertainment > Film > Movies

Might Moneyball be the best baseball movie ever?  No other baseball movie in recent memory elicits such strong emotions one way or the other.  Plus, it seems like it is always on....and most times I stop and watch for at least a while.  So which is it, boom or bust?

Sports movies don't generally light my fire. After broadcasting thousands of events, I think too often these movies fail to capture the “real-life” story of their game. Most times the drama on the screen doesn’t match the way things really are on the field. Most sports movies are made for the public in general, rather than for actual sports fans. Watered down and dumbed down.I think Moneyball is different. In my opinion, it is a terrific movie and a wonderful baseball movie. I agree, there is a good degree of poetic license put to use. One of the main characters, Peter Brand, never existed. (just a minor detail, right?) And the 2002 A’s biggest stars – Hudson, Zito, Mulder, Chavez & Tejada– are hardly mentioned. How can that be?  Weren't they the main reason this team won 103 games? I understand why this leads some well-respected baseball colleagues of mine to consider the movie a bomb. This still surprises me. As a baseball movie, I still consider it a home run.  It was fun and it made me laugh!  Hard to do in the same movie....especially a sports movie!I am more or less indifferent about Brad Pitt the actor. However, this is the best I’ve ever seen him perform in a film. In this movie I felt as though he was a lifetime baseball man. As for Jonah Hill, he is one of the best. I truly felt like these two were baseball lifers, through and through.  Watch Hill in any movie and you’ll be on the ground laughing. Superbad is one of my all-time favorites and, again, very true-to-life. Hill's timing and delivery is second-to-none. From a broadcaster’s point of view, I feel the day to day aspect of this movie was extremely authentic. The scenes in the clubhouse, the team offices and with the scouts were very realistic. From my time in the game, this really is the way it happens. Yes, baseball people can be as petty and arrogant as many of these characters are.

So there you have it.  In one sportscaster's humble opinion, Moneyball truly captured the essence of big league baseball. I am also glad some silly little facts didn’t get in the way of this great story. 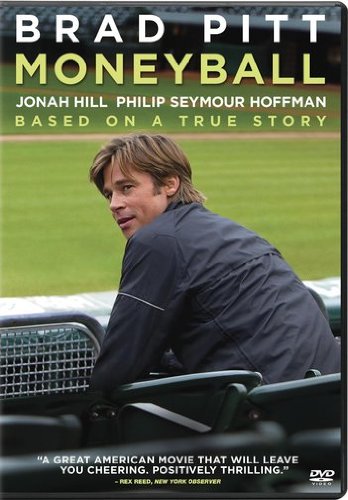