With the final 8 episodes of Breaking Bad coming up just around the corner, it helps to reflect on what has brought Walter White to where we find him in the mid-season 5 finale to determine where he'll end up in the series finale. Warning: SPOILERS AHEAD.

Walter hasn't necessarily broke bad because he's a bad guy, he has been presented with absolutely horrible situations where the options are to literally kill or be killed. Over and over. It started with cancer, but there have been multiple other situations that pushed him to where we find him at the middle of season 5. Walt has faced a crazed drug dealer named Tuco. He's been divinely connected to Jesse Pinkman and begrudgingly adopted him as his second son. This unlikely loyalty between Jesse and Walt has definitely caused more harm than happiness in the past 4 and a half seasons. When the unavoidable "Gale situation" came to a head, Walt found the same conclusion, kill or be killed. Then there's (was) Gus. Gus systematically drove a wedge between Jesse and Walt in order to edge Walt into obscurity and be able to off him while replacing him with Jesse. 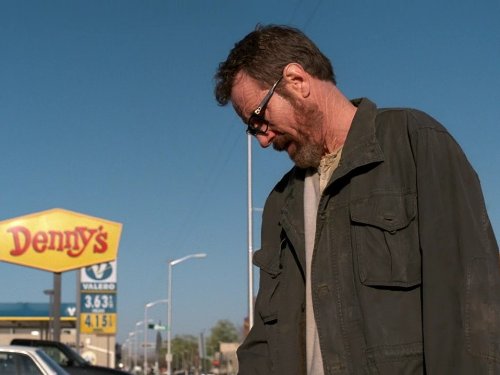 All of these events have pushed Walt to make desperate and usually deadly choices with temporary fixes. The reality has always remained. Walt is a meth cook who has been put on a trajectory toward becoming a drug lord. This has all lead up to the mid-season 5 finale and Walt once again faces one of these situations. The only difference is the threat: Hank. Considering what has happened every other time, one can only assume we will witness the same approach from Walt. Staying true to form, he will first be put under an excruciating amount of pressure. This will continue to build up until the series finale. There are really only two outcomes in this final pressure test for Walt. This will be resolved like all other adversity Walt has faced so far (lots of people die and Walt wins), or Walt will finally succumb to the pressure and meet his surmise.

Now, Walt probably will not come out on top or alive in the end. That might be the finale the fans deserve, but not the one we need. Vince Gilligan, the show's creator, has even said from the beginning that we will see Walter go from Mr. Chips to Scarface. And Walter is after all, only human. He can only take so much put on his plate. He has come out victorious with every other test but Hank will be that final straw. Don't get me wrong, Walt is going out in a blaze of glory, guns drawn and blazing. But I see more of a Butch Cassidy situation than a True Grit ending.

Once the final episodes hit, be ready to see allegiances change, more people die, and an ending fit for one of the best series to hit television in a long time.