Before the fame brought on by AMC's Breaking Bad, Albuquerque was just another wrong turn for Bugs Bunny. It was a relatively unremarkable New Mexican town filled with retirement communities, quaint Native American art, and the peace of a sprawling desert city. For everyone else uninterested in those things, when they visited New Mexico, they went to Santa Fe.

However, the hit television show Breaking Bad has put Albuquerque on the map as it is both filmed and set in the city. The show subtly highlights the Albuquerque lifestyle with the brutal and occasionally intriguing drama. Now fans of the show flock to the city to see the sights featured on Breaking Bad. Breaking Bad traffic and searches were so high that the city's tourism website was bid to create a separate portal to tourism in the city for the show.

So what Breaking Bad themed attractions does Albuquerque hold now?

The Candy Lady's Blue Rock Candy and "The Experience"

The Candy Lady's shop has been a city tradition for over 30 years, her had made sweet treats make divine gifts or pick up during a bad day. However, The Candy Lady furthered he fame when Breaking Bad came along. The meth shown on the show is not crystal meth at all, but dyed blue rock candy, made by The Candy Lady herself.  She can thank Brian Cranston personally for her booming business though, if Cranston had not given a bag to David Letterman, the world might not know of the blue rock candy meth The Candy Lady now sells in her shop.

The Candy Lady has since expanded her business into Limousine tours as well. Her Limousine tours, called Breaking Bad: The Experience, have patrons being drove around by a dangerously mysterious Heisenberg cosplayer to recognizable locations from the Breaking bad universe. 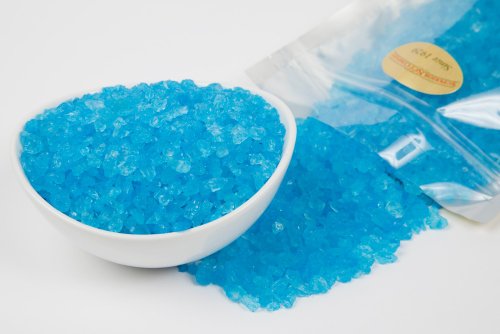 The Marble Brewery has been serving up handcraft artisan beers to quench the vast New Mexican thirst since 2008. While it has been a popular watering hole for Breaking Bad stars, they were late to jump on the bandwagon. However, to honor Breaking Bad's final season, they rolled out two Breaking Bad themed beers showcasing the duality of Walter White.

To showcase his dark side there is Heisenberg's Dark, a 6.5% ABV India Black Ale that is described as having a roasty malt profile with a citrus punch.

One the opposite end of the spectrum there is Walt's White Lie, a 7.5% ABV India White Ale that is smooth and earthy with big tropical notes.

Sadly, there is not a Schraderbrau.

Marble's Brewery isn't the only place in town honoring the show with a cold brew. If beer is not quite hard hitting enough O'Niell's offers something stronger. A blue Breaking Bad cocktail as well as a themed pub quiz on Wednesday to match.

The cocktail in question is made with Smirnoff Raspberry Vodka, lemonade, and Blue Curacao. Of course, to give it that little extra, they line the rim with blue rock candy. Enjoy the pure meth colored cocktail lined with pure meth. O'Niell's also ships in the tribute beers from the Marble Brewery on pub quiz night for those that don't like the hard stuff. 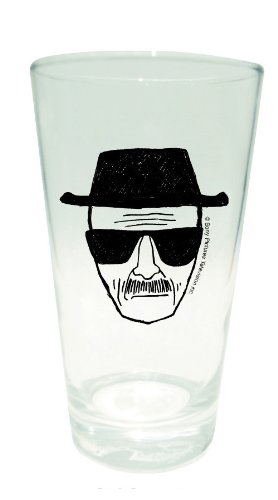 Routes Bicycle Rentals and Tours gives guests an intimate and interactive experience that takes riders to the streets in search of their next fix at key locations from the show. However, guests can choose a character from five or have one chosen at random in which to see these locations from their perspectives.

Biking Bad focuses on 11 to 13 locations that are accessible by bike. These locations are not just limited to Albuquerque's urban core, but some of the underground and hidden locations as well. Each tour for each character is different, following their unique locations and story line. The Biking Bad tours pride themselves on giving unique tours each time.

The BaD Tour is a 38 miles stretch where guest ride around town on a 34 seat trolley visiting 13 major locations from the show over the course of 3 hours. A restroom break and complimentary drink is provided at the Twister Grill, or better known to tourists as Los Pollos Hermanos. Other locations on the tour include Walter White's house, Jesse Pinkman's house, Gus' house, The Car Wash, The Laundry, Saul Goodman's Law Office, Tuco's hideout, and more.

This was one of the first attractions to take advantage of Breaking Bad's growing popularity and now it has become a staple for anyone paying a visit to Albuquerque.

It is not just themed food, brews, and tours that are offered in Albuquerque. Local Great face & Body bath essentials company have also cashed in on the fame of AMC's show. Rolling out their line of blue bath salts in 8 oz. baggies as the kingpin of their line called Bathing Bad.

Among their bath salts in their Bathing Bad line is bar soap made with goat's milk and visible herbs, exfoliating facial scrub imbued with bath salts, and wholly organic body lotion.

However, oddly enough, the company also hosts a cooking class as well as a line of Los Pollos Hermanos chicken seasoning.  The 60-minute cooking class teaches guests how to cook blue rock "meth" but in reality it is simple rock candy as well as other secrets from Heisenberg's Cookbook. 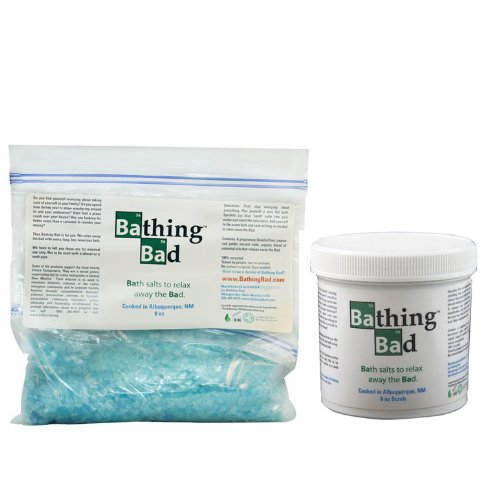 Even the most hardened meth kingpins need a place to hang their hat (and stylish sunglasses). While you can stay at the famed Crossroads Motel, even fans of the show don't recommend it. It is as dangerous in real life as it is displayed on the show. However, to further tourism for the show many other hotels in town offer discounted packages for tourists staying in Albuquerque to take in Breaking Bad sights.

These include the Hotel Albuquerque or Nativo Lodge bother located in Old Town. If you really want to press your luck with the Crossroad's Motel, be sure to leave nothing of value in your room while you are away.