Brewing Your Own Hard Cider Made Easy

The internet has a funny way of making brewing your own alcohol seem more difficult than it really is. Perhaps it is to deter children from trying it, but also goes the same way for adults. Hard cider combines the delicious childhood memories of apple juice with a distinct alcohol flavor for the adult palate.

Luckily, hard cider is one of the easiest liquors to brew. It does not involve a lot of measuring of hops and yeast. Nor does it involve crushing hundreds of grapes.

All a good hard cider needs is some yeast and apple juice. Oh, and time, it needs lots of time.

You can make hard cider in just about any kind of bottle. Large, small, plastic, or glass. It all works just fine. For this though, we will be using 2 litre soda bottles.

What you will need:

A brewers lock or simple lock

If you choose to go with the Brewer's Lock

, they are relatively cheap. However you will also have to find a cork with a hole in the middle that fits your brewing bottle and your brewer's lock.

A simple lock is much easier, and even better, it is homemade! Just place a piece of plastic over the top of the bottle and wrap a rubber band around it to make a seal. Make sure not to wrap the rubber band too tight though, some of the fermenting gases do ned to escape so the bottle does not explode.

You can use any kind of yeast, actually. I prefer champagne yeast because it makes the cider nice and bubbly, like champagne. Wine yeast works well too, it is just less bubbly. You can use baking or bread yeast, but in my experience the cider has come out taking a bit more like raw bread dough than I liked. So unless you want to drink some liquid bread dough, just buy some proper brewing yeast. It is very affordable, but you might have to buy it online

1 bottle of apple juice (no preservatives)

Make absolutely sure to check your apple juice for preservatives. In particular make sure there is no potassium sorbate, this prevent fermenting so it is kind of important to not have that in there. Ideally, the only thing in your apple juice should be apples and water. Ascorbic acid is fine too though, but really nothing else is.

Regular white sugar works too, but since corn sugar is a liquid I found that it was easier to mix since it did not need to dissolve. 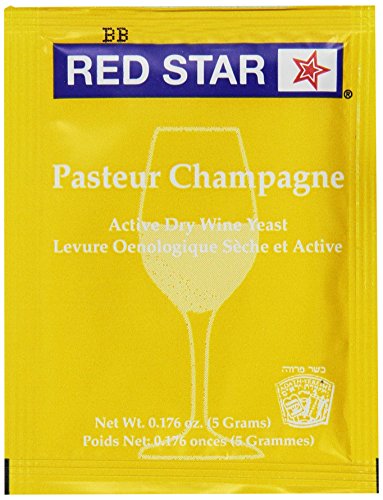 Before we even start mixing things we have to clean and sanitize out equipment. Take your two bottles and dip them in water with just a little bit of bleach. If you are using a brewer's lock, do the same. After that is done, rinse well. When they are rinsed well, rinse again and leave them to dry. You can never be too careful with bleach.

Into one of your soda bottles, pour a splash of apple juice in then add about a tablespoon of corn syrup. Top with a bit more apple juice and shake well.

Allow the foam to settle down and repeat.

NEVER ever fill the soda bottle full to the top. During the fermenting process, the yeast creates bubbles and the pressure build up will either make the bottle burst or overflow.

Once you've mixed the apple juice and the corn syrup, add a package of yeast. It should start to bubble up, this is normal. Now add your brewer's lock or your simple lock.

The yeast you added will make the mixture cloudy as it feasts on the corn syrup you added into it. Now it's time to just let it sit. Find a dark warm place to store your cider. It's preferable that this warm dark place be around 70 degrees farenheit, but room temperature works as well.

Technically, your cider will be alcohol within the first week, but it is recommended that you let it sit for about a month. Be aware that the bottle will become a bit smelly as the gases slowly escape, especially in the first week.

Around three weeks, the yeast will settle at the bottom and the cider will be clear.

The longer you let it sit, the crisper the cider will taste.

After you have let it sit for about three weeks, it is time to rack it.

Racking is getting the yeast out of the bottom of the bottle. You do not have to rack your cider, a little yeast is actually good for you. Full of B vitamins. However, it gives the cider kind of a weird texture.

Another warming, I have seen a person open their bottle of hard cider of racking and have cider shoot five feet across the room. So you may want to take the lock off outside, just in case.

You know that second soda bottle, this is where this comes in. It is essentially like separating egg yolk from the whites. You pour the cider into the second bottle, being careful to get as little yeast in there as you can.

You can do this as many times as you need to. It wastes a bit of cider, but that's ok.

Now that your cider is done, chill it or drink over ice and see how it tastes. It should taste a lot like alcoholic apple juice! You can add a variety of things into your next batch, like cinnamon of ginger, to give a little extra kick.

Now that you have done it once, you can do it again, in even bigger batches. Maybe invest in some bottling equipment to store it and give it to friends.