S Brook
InfoBarrel is a writing platform for non-fiction, reference-based, informative content. Opinions expressed by InfoBarrel writers are their own.
InfoBarrel > Travel & Places

British Oddities And Cultural Differences Between UK & US

Whilst I live in the UK, I've been lucky enough to have lived, worked and still regularly visit friends and family in the US each year.  These countries are oldest of allies yet there are peculiarities and cultural differences between the UK and US.  You might be surprised at certain British customs, our attitudes, and opinions.  But if you're planning an extended UK trip or about to move over here, you may be interested or even thankful to know of several oddities you'll experience.  So as per the British stereotype, here's a self-deprecating and honest take on things.

There's no denying this one.  Frankly, it's embarrassing to see people on TV, even celebrities and sports personalities, with yellow, missing, broken or rotting teeth.  Thankfully, the situation is gradually improving.  The NHS has slowly improved, with services more accessible (we were just so bad in this area).  Teeth-whitening procedures and products are now more widely available and affordable compared to 5 or 10 years ago.  The rise of celebrity obsession and desire to be fashionable has also had a hand to play.  Popularity of reality TV shows and especially the likes of X Factor have achieved much to promote dental hygiene.  Special mention and cheers to Simon Cowell on this one!

Yes, many of us still mix hot and cold water in the sink.  Or worse, we run both faucets and fail to move our hands back and forth fast enough to avoid a scolding!  This is due in part to older pluming systems in some types of housing but these days is no longer an excuse.  There are some inferior products which try to imitate the effect of hot and cold water mixing but they just move hot and cold flows closer so the water isn't mixing at all.  Hopefully, if you're staying somewhere more modern you'll be fine.

Evidently as a nation 20 years ago we had a penchant for not returning shopping carts to their proper place, or failed to return them altogether.   Unfortunately, this was the response.  Most of us have just accepted this as business-as-usual but it's an annoying inconvenience.

Our carts are chained up and have a deposit box fitted requiring a £1 coin to release them.  Thankfully when the cart (trolley) is returned, so is your £1!  By the way, our slang name for £1 is "A Quid".  Which brings us along to the next point - slang.

We have so many peculiar sayings and phrases, it would be impossible to list them all, but here are a select few with translation:

Some other great examples are brilliantly demonstrated in this You Tube clip:

It may surprise you but in Britain if we're recording or watching a live-broadcast on TV, or other device, we must own a TV License.  Currently they cost £145.50[1] per year.  The cost is set by UK Government.  You can get a free license if you're 75 or over, in residential care, or if you're blind.

The BBC has been uniquely funded this way (and is commercial-free) since 1946.  Penalties for watching/recording live TV without a license are prosecution and a fine - yup!

Total license fee income during 2011/2012 was £3.6bn[2].  Whilst the BBC delivers amazing range and volume of television and radio shows, there's a complete lack of choice in the matter.   Let's be honest, it's a tax.  With more alternatives ways to find great content these days, such as Netflix, Amazon, You Tube and other On Demand channels, perhaps the BBC License Fee model days are numbered. It won't happen anytime soon.  Generally, everyone defends the BBC and believes it's great value.

The British stiff-upper-lip in my experience has a nugget of truth to it.  It's perhaps more accurate to say we're relatively more private about our emotions and social interactions.  This is probably down to traditions and our history.  Some of us, not all, take a while to come our of our shell.

Our houses generally are much smaller.  Same is true for our cars - no Chevy Suburban.  Besides the lack of space on our roads and parking issues, it would cost a small fortune in gas!  Likewise with out appliances, food-portion sizes, drink sizes, and of course land, and population.  We're generally smaller in all aspects being an island.  For example, in terms of square miles, the state of Texas could fit nearly 3 United Kingdoms i.e. England, Wales and Scotland - more on this later.

No Free Refills In Restaurants

For some reason it's just rare over here.  I wish this wasn't the case.  Places which do offer free re-fills are typically a US franchise or outfit.  So just be aware of this and know that your bill could be more expensive on drinks over here.  You might also have a harder time getting ice in your drink.  Relatively speaking we prefer our drinks at room temperature - perhaps it's all the hot tea we drink!  The only exception being beer or larger which must be cold.

We Don't See Ourselves As Europeans

Whilst technically we're members of the European Union, we absolutely want to be called British.  Most of us are almost offended at being labeled Europeans.  Over the years, many governing powers have been surrendered to central Europe and we're generally unhappy about it.  What we pay into Europe and get out in return is a topic of frequent debate.

Even for some Brits this is perhaps unclear.  In summary, we're countries within a country.  Britain includes: England, Scotland and Wales.  The United Kingdom is: England, Scotland, Wales and Northern Ireland.  See a great video explaining this clearly:

In closing, and whilst it may seem surprising, I love being British.  We're such a diverse country.  We have some of the best countryside on the planet with amazing national treasures, history, traditions and exciting cities.  Come and see for yourself! 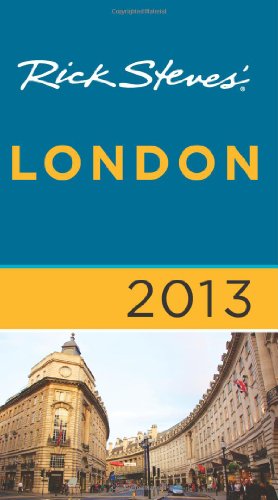