Find trolleybus memorabilia on Amazon or buy the official guide from Amazon UK. You too can earn money from writing articles by signing up for InfoBarrel.
InfoBarrel is a writing platform for non-fiction, reference-based, informative content. Opinions expressed by InfoBarrel writers are their own.
InfoBarrel > Travel & Places > Places > United Kingdom

British Trolleybuses and The Trolleybus Museum at Sandtoft in North Lincolnshire

The trolleybus is a curious hybrid of the tram and the bus. It is electrically powered, getting the electricity from two overhead wires or catenaries - unlike the tram which usually uses the track laid in the road to complete the circuit and thus usually has only one overhead cable. The electricity is transferred to the vehicle through the pantograph.

Credit: eGDC LtdTrolleybuses are much quieter than vehicles powered by internal combustion engines, and even quieter than trams, as the latter would typically make a noise from the sound of the wheels on the track. This is sometimes a disadvantage as pedestrians couldn't hear them coming, resulting in the nickname of the "Silent Death" or similar.The trolleybus doesn't run on rails like the trams which gives the advantage that it isn't necessary to lay rails in order to build a trolleybus line, just the overhead cables. Unlike electrical buses, the trolleybus doesn't store the electricity in onboard batteries as it gets it from the overhead lines.

Credit: eGDC LtdTrolleybuses, like tramways, have the problem that diversion away from the overhead wires - and tracks as well in the case of trams - is not possible, so any problem with the catenaries can cripple an entire service, as buses are unable to reach their destinations. It is also harder to add new destinations, as the overhead wires must be constructed before the trolleybus can reach its destination.The ancestor of the trolleybus, the Elektromote (aka Electromote) was first used in 1882 in Berlin, Germany. Developed by Dr. Ernst Werner von Siemens, the founder of the electrical and telecommunications company Siemens, the Elektromote was a converted four wheel landau carriage which could run either on rails or off them.[1]The first public trolleybus opened in 1901 in Bielatal and operated until 1904.

The first British trolleybus services started on 20th June 1911 in both Leeds and Bradford in West Yorkshire, although public service on the Bradford system started four days later.

In some places, such as Kingston upon Hull, the trolleybuses replaced the tramway systems although also, such as in Glasgow, both trolleybuses and tramways were in operation at the same time for at least part of their history. About 48 towns and cities in the United Kingdom operated trolleybus systems over their lifetime. Systems were predominately constructed during the 'tween war period, although some, like in Bradford and Leeds, were constructed prior to World War I. Only the Glasgow system was constructed after World war II; independently powered motorbuses had been on the rise for some time.

The trolleybus systems outlived the last tramway system by about a decade but finally any remaining ones were either stopped or converted to the standard motorbus. The last trolleybus system in the UK was in Bradford which ran until 26th March 1972. The lack of flexibility with the trolleybuses being tied to the catenaries for power was a major factor in their decline and replacement by normal buses, which could go anywhere.

Even though the last British trolleybus service ceased in 1972, this was not the end of the trolleybus as they are still in use in other countries, especially those that have abundant cheap, and often low pollution, electricity, such as that provided through hydroelectric power sources.

The development of hybrid vehicles allows much greater flexibility in the use of trolleybuses. Such buses can be powered by the overhead wires, as well as store electricity in batteries on the bus itself. Super capacitors, smaller batteries or diesel engines can provide an auxiliary power source allowing the bus to operate over relatively short distances away from the overhead wires. Different levels of dual power capability can be had, from short distance auxiliary power more suited to brief sojourns away from the overhead wires to much more comprehensive systems allowing comparatively greater distances to be covered. This means the overhead wiring can be limited to main, arterial routes, with buses able to leave these wires to greatly extend the area serviced.

Concerns over rising pollution - as trolleybuses get their power supplied, either in full or in part (for hybrids), through the overhead power cables they don't have diesel engines constantly belching out clouds of exhaust gasses typical in normal buses, even though hybrids may have an auxiliary diesel engine - in city centres as well as rising fuel costs have made the idea of constructing new trolleybus systems, like the resurgence of the tramways, popular in Britain. No new systems have been developed as yet but the Leeds New Generation Transport scheme has government approval and could be running by 2018. The scheme would link together various bus and rail interchanges, as well as park and ride stops, and would connect them to some of the more popular city centre destinations.[2]

The Trolleybus Museum at Sandtoft

Credit: eGDC LtdThe museum is located in Sandtoft in North Lincolnshire in the UK. It is on part of the old World War II airfield RAF Sandtoft, out of which operated a number of aircraft for Bomber Command during the war.

The Origins of the Museum

In 1969 four enthusiast groups decided to establish a trolleybus museum. The land at Sandtoft and was purchased by the mother of one of the founders, Mrs Dorothy Dare, as was the construction of the depot. Her name can be seen above one of the shops in the Axholme Stores building as a tribute. The land was rented by the Sandtoft Transport Association Centre, formed by the initial groups. This later became a registered charity.Expansion of the depot and the construction of the various buildings continued over the years. The museum first opened to the public in 1971 and the overhead wiring to power the restored trolleybuses was completed in 1972. Generators were used to power the buses until the 1990s when mains electrical power was finally connected. The museum achieved that status of a Registered Museum in 2003. The Trolleybus Museum is the largest trolleybus Museum in Europe.

A Guide to the Museum

The Regal Lecture Theatre Get Directions

The Pelham Building Get Directions

The Tea Trolley Cafe Get Directions

(1) Information Point and Main EntranceEntered from the car park, this is where admission to the museum is paid. Various souvenirs, the guidebook and information on guided tours and the site are available here.

Credit: eGDC Ltd2) Isle of Axholme Departure PointTours around the Isle of Axholme on one of the Museum's motorbuses depart from here.(3) Toilets and Baby Changing Facilities

The upgrade oof the toilet block received a high proportion of its funding from the EU, the Rural Development Commission and Boothferry Borough Council.

Credit: eGDC Ltd(4) Vehicle DepotIn 1969 the depot was originally built to accommodate eight vehicles; it has since been extended several times. Access to the depot is allowed, although visitors may not enter individual trolleybuses without permission. The depot is in many places cramped due to the vehicles parked. Tours of the depot are conducted during open days.(5) PrefabThis prefab bungalow originally served as the museum's souvenir shop, which has since moved to the Axholme Stores building. It is now furnished in a 1950's/60's style which would have been typical during the years when trolleybuses were common.(6) Children's Play AreaThis play area is suitable for children under the age of 12.(7) The Regal Lecture TheatreA number of audiovisual presentations can be seen here.(8) The Pelham BuildingOriginally from Pelham Road, Immingham, this is used to house temporary displays and exhibitions.

Credit: eGDC Ltd(12) Shop Window DisplaysAs well as the cafe and souvenir shop in Axholme Stores, there are a number of shop window displays on the side facing the main street. These have been set up to resemble shop windows from the appropriate time period. There are a general store, photography, clothing and sewing shop windows.

(13) Main Trolleybus StopThis is where the trolleybuses depart from and arrive at when touring the site.

Credit: eGDC Ltd(14) Sunbeam Bicycle ShopThe shop has a display of bicycles and lawnmowers. Demonstrations of bicycle repair and maintenance can also be seen here. Buses will stop at the shelter outside the shop on request.(15) Car ParkThese 1.2 acres of former farmland were purchased by the museum in 2008. Their initial use is mainly as a, free, car park, but further development is planned.

The trolleybuses at the Museum are owned by a variety of sources; some are owned by the Museum itself, others are owned by preservation groups, museums and private individuals. Some of the museum's restored buses are also on loan to other organisations around the UK and internationally. The condition of the vehicles varies tremendously, from fully restored ones like the Rotherham 77 through to ones like the Huddersfield 470 which is only a chassis and whose bodywork was deemed unfit for renovation.

Credit: eGDC LtdSome of the, restored, trolleybuses are used in the trolleybus rides staged on event days. These buses stop in front of the Regal Lecture Theatre and also stop at the Sunbeam Bicycle Shop if requested where there is an old tram shelter. The initial ride costs 1d - an old one pence piece - which is given when admittance to the museum is paid and then handed to the bus conductor. On the first trip you will be given a ticket for the rest of the day, as well as a ticket dispensed from an old machine. All trolleybuses used for these tours are stringently tested before being permitted for public use.

Credit: eGDC LtdOther VehiclesThe museum has a number of different vehicle types, and not just trolleybuses. It also possesses motorbuses, which are used for the Isle of Axholme tours, tower wagons, which are constructed on a variety of bases and are vehicles that carry an extensible ladder which would be used to reach the overhead wires as well as other utility vehicles, trucks and a couple of trams.

Disabled access can be a bit variable, but especially on the trolleybuses, as they were never intended to be used with wheelchairs, and access to the vehicle depot is also limited.EventsThe Trolleybus Museum is only open to the general public on Events Days. These are held on various weekends through the year, as well as on some Bank Holidays, and are predominately in the spring, summer and early autumn. A free bus service operates from Doncaster to the Museum and run by it on some of the event days.At other times of the year when the Museum is closed, it is possible to arrange private visits for a fee.DogsDogs are allowed in the museum on a lead, although their admittance to certain buildings is restricted to assistance dogs. 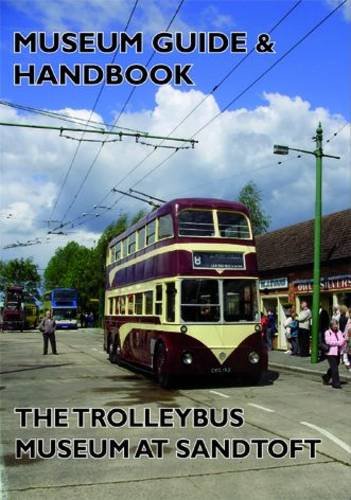 Riding a Trolleybus at Sandtoft