Runnin' Up that Hill

On June 17, 1775, about 1,500 American militiamen entrenched on a knob near Boston.  The move was defensive – the Colonists knew of British plans to take the area around Bunker Hill.  The hilltop in which the revolutionaries dug in their heels was actually Breed’s Hill.  This locale had strategic importance to the British as it would afford a good military stronghold on the banks of the Charles River.

The British aim was to secure the area of Breed’s Hill and nearby Bunker Hill.  Americans watched as British warships sailed up the Charles River.  One can only imagine how the revolutionaries fretted as

Credit: Pylethey watched soldiers from the world’s mightiest standing army disembark from the British warships.  The British invaders set up camp on shore and (after the rules of engagement of the day) enjoyed a civilized meal, complete with tables and cutlery, before engaging in battle.

The Americans, knowing of the coming British, spent the previous night (of June 16, 1775) fortifying Breed’s Hill with breastworks, trenches, and a makeshift palisade.  The rebels’ supplies were limited, however.  Most notably, their gunpowder was in too short a supply for an extended engagement.  Despite these shortcomings the colonial group twice successfully repulsed

the 2500 British soldiers assaulting the hilltop that day.  It was only after finally running out of gunpowder that the Americans, forced to give up Breed’s Hill, retreated.  Casualties for the revolutionaries numbered 450.  The British, however, lost 1,050 men.

The “official” victors in this battle were the British, although this victory could easily be termed Pyrrhic.  Their goal was to secure the area, and that goal was met.  However, the losses sustained by the British were heavy, comparatively speaking.  It also gave the British the first serious sign that stopping the American insurrection would be more difficult than originally thought by the Crown.

Although not a Colonial military victory, this battle ended up as a moral victory for the American Revolution.  It was the first time Americans had engaged the British with any real degree of success.  Technically an American loss, the misnamed Battle of Bunker Hill strengthened the colonists resolve to shed British rule; it represented a turning point in America’s fight.

In commemoration, the Bunker Hill Monument in the form of a 221-foot tall granite obelisk was erected on the Breed’s Hill site (1825-1843).  The Marquis de Lafayette and Daniel Webster were present for the laying of the cornerstone ceremony – Lafayette actually participated in the manual effort of laying the block.

Eat the way the Colonials did! 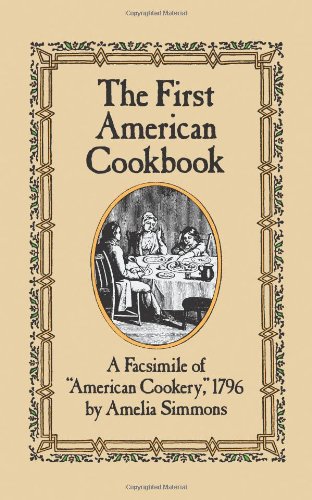 The First American Cookbook: A Facsimile of "American Cookery," 1796Amazon Price: $5.95 $1.52 Buy Now(price as of Oct 20, 2013)
Enjoy some Indian slapjacks,, squash pudding, and other culinary favorites from around the time of the Revolution!
Next >> Fashioning a Reign: 90 Years of Style from the Queen's Wardrobe - Magnificent Exhibition at Buckingham Palace