Why spend $1200 on a high-end gaming machine when you can find a budget gaming PC for almost half the price? With so many online PC shops out there, finding one that fits your gaming needs and budget should be painless.Actually, scratch that! You sure don’t want to spend more time shopping around than playing Skyrim, DOTA 2, GTA, etc. So to make it easier, here’s a list of 5 desktops that boasts enough gaming power and performance minus the bank account-crippling price. 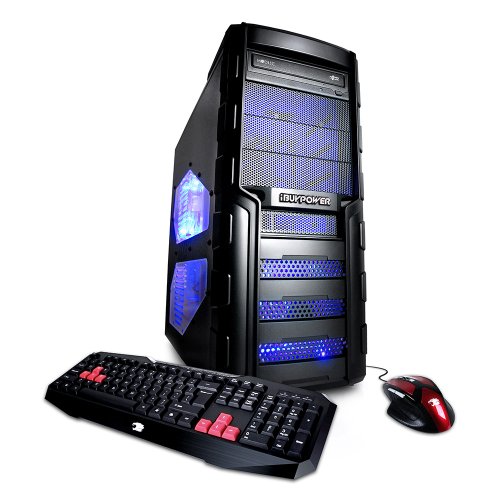 If you work for one of the top IT distributors in North America (and know the real prices of the parts included in this budget gaming PC), it’s very easy to do the math and figure out that the mark-up on this little beast is next to nothing.Based on the specs, building it yourself would save very little money and you’d have to exert a lot of time and effort (not to mention technical knowledge). At a little less than $600, this iBuyPower gaming desktop comes with the latest Windows 8 OS, and it’s beefed up with the core features you’d want in a gamer’s system. The AZZA Solaris Mid Tower Gaming Chassis gives it a “ready to rumble” look.The video card - AMD Radeon 6670, the 8GB RAM, and the FX-4100 (a GREAT processor by the way) can run many of today’s graphics-intensive games. You should have no problem playing DmC, Skyrim, Bioshock: Infinite, etc. on normal quality at least. If you don’t mind the slight loss of FPS, you can even push for the highest settings.

With a jaw-dropping case, keyboard, and mouse, and an equally good performance, this starter gaming PC gives a lot of value for money. The robust texture of the keys makes it easy for your fingers to stay on it without flexing. The mouse is heavy enough to stay on your desk.Now, check this out – LIFETIME support. Additionally, you can work on your machine without voiding the warranty unless your installation is flawed. That said, if you are not tech savvy, it might be best to go with experienced local technicians to guarantee and do your installations and upgrades.Speaking of upgrades, this is something you want to do. This CyberPowerPC is really good for starters. But if you are serious about gaming and have dreams of going PRO, upgrading it is a must.Start with the power supply (go for at least 900 watts) to accommodate your future upgrades and their power supply needs. Next, you can go for a better CPU cooler, motherboard, or graphics card. For the latter, it would be ideal to upgrade to a GTX 675 or 680. Add another 8GB of RAM to bring your total memory to 16GB, which is more than enough for the most resource-heavy games. 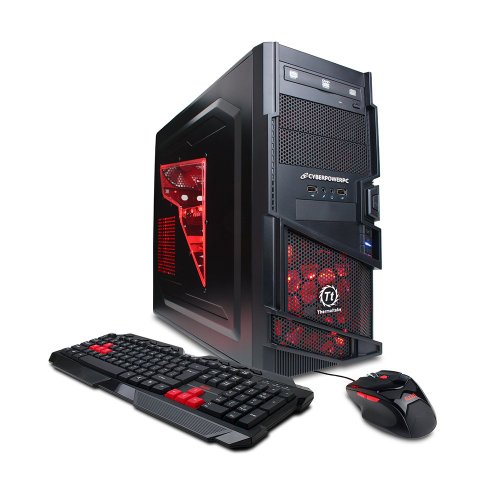 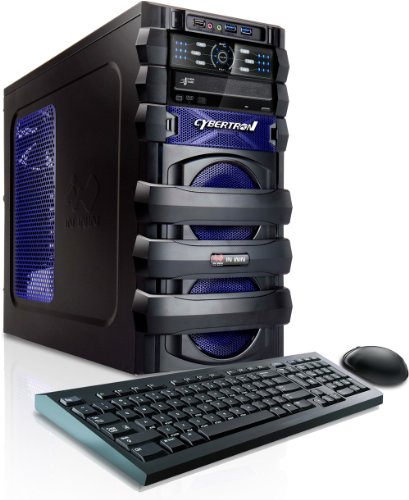 If you are looking for a gaming machine that’s reliable, comes with more than decent specs, and won’t bore a hole in your pocket, this CyberTronPC fits like a glove.It has enough firepower to keep average and above-average gamers happy as clam while leaving enough room for upgrades. The video card, RAM, and processor can handle punishment from games like Skyrim and GTA without breaking a sweat. The auto-setup for most games is at high quality, and can be pushed to ultra-high with very minimal lag / delay.There is one minor downside to this PC though – the hard drive.It comes with a hard drive capacity of 500GB, which is the bare minimum for today’s gaming standards. However, when you factor in the operating system (and that takes up 35GB), you are left with 465GB. That can easily be depleted with games, downloaded movies, other applications, music, photos, and more.It’s a good thing, however, that the CybertronPC GM2222D 5150 budget gaming PC comes with a lot of HDD bays so you can add more storage.All in all, the PROs outweigh the CONs and this affordable gamer desktop is highly recommended. 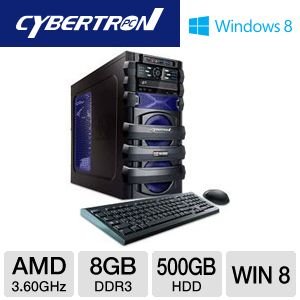 At about $700, this baby is way better than branded PC’s (in this price range) that can’t even play games. Its classy look did no harm. The chassis, mouse, and keyboard can turn the heads of gaming nerds.Many customers also loved the fact that there’s NO third party software that pretends to be utility tools but are really nothing but marketing bloatware. They take up space, they spam you with advertisements, and we definitely don’t want them.Moving forward, one thing that most reviews skip is the support provided by the manufacturer. Now here’s the good news, this budget gaming PC from CyberTron comes with unlimited / lifetime phone customer support. While this machine is very reliable, it’s always nice to know that you are just a phone call away from help whenever something awry comes up.It ticks all the right boxes for a gaming PC: the power supply is quiet; comes with AMD Radeon HD6670 1GB Video Card; beefed up with 8GB DDR3 SDRAM; an AMD FX 4100 3.60GHz Quad-Core processor to handle the latest games; and all of the drivers (in disc) for every hardware in this PC are included in the package.For nitpickers, the only issue you can find with this low-cost gaming desktop is that it doesn’t include a Windows Backup and Recovery disc. It could be a problem if it crashes or you want to do a restore. Other than that, the CybertronPC 5150 Escape GM4222D Gaming Desktop deserves two thumbs-up. 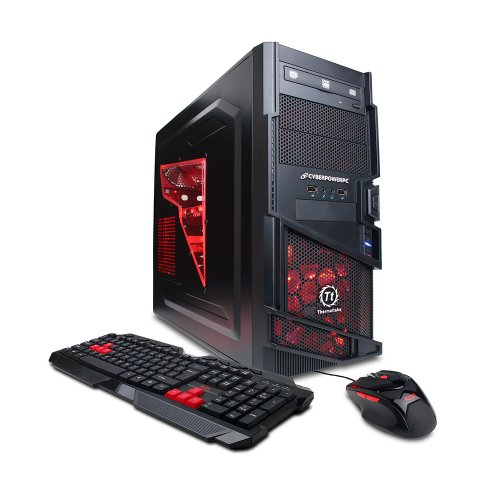 When shopping for a starter and budget gaming PC, you want one that has all of the essentials (good processor, RAM, and video card, etc.) but has enough room for upgrades to keep up with the newer games with growing system requirements. The CybertronPC 5150 Escape GM4222A Gaming Desktop fits the bill and ‘rounds up our list of PC’s in the said category.This machine has taken cooling to a whole new level (as far as fans go) with its design. The air flow is excellent and comes with two vents for additional fans. The minor downside, though, is that the latter invites dust to mess up with your motherboard.The fans glow red as they turn, which adds a point in the aesthetic department. True, it’s not noise-free, but all you hear is a very subtle hum. It’s nothing terrible, and you surely won’t notice it if you are gaming really hard.And let’s not forget: the wiring! The guys who built this PC did a splendid job that even the most meticulous and organization-centric computer professor would shed a tear and be proud of owning it.A gaming keyboard and mouse is included in the package, and the quality is A-OK, too. They don’t feel cheap or easily breakable. You won’t need replacements soon.While almost everything is good to go for this budget gaming PC, you may want to upgrade its power supply with 850w PSU. Bottom line: for the price and the raw power, you can’t go wrong with this CyberTronPC.