John Redway - Hub for My Articles and Online Content
InfoBarrel is a writing platform for non-fiction, reference-based, informative content. Opinions expressed by InfoBarrel writers are their own.
InfoBarrel > Travel & Places

The Cheapest Hotels in Tokyo

How to Find The Cheapest Hotels in Tokyo

Save Money in Japan With Budget Accommodation Options

Tokyo is one of the world's great cities, but it can also be one of the most expensive. Finding

a good hotel, especially, can be something of a challenge. However even in a place like Tokyo it's not impossible to find cheap hotels. Even with the cheapest hotels in Tokyo, you can enjoy decent amenities while still being in a great location. There's a variety of budget options out there - from hostels, to business hotels and even capsule hotels.

One of the best ways to save money on accommodation in Japan's capitol is by choosing a hotel that's a bit further out. There are a number of budget hotels closer to the edge of the city that are still close to some of its famous destinations, with other tourist spots being a simple subway ride away. Some of the cheapest hotels in Tokyo are in the Minowa station area, near Ueno station. This area is in the northeast and a bit far from the city center, but it it's easily accessible and contains a LOT of good budget options. You can very easily take the train from Narita station to Ueno, and then do a simple transfer for only a couple of stations to Minowa. This is more of a residential area, but it's quiet, peaceful, and has a decent amount of shops and restaurants nearby.

Many of these budget hotels do not advertise in English unfortunately, and some do not even have a web prescence, but a few do. Probably the best English speaking hotel in the area is New Koyo, which offers Japanese style rooms for as low as 2700 yen (28 USD as of this writing) a night. You have to share facilities with other people, but the room itself is completely private. It's by far one of the cheapest hotels in Tokyo, and in a location that, while not ultra-convenient, still lets you get to other parts of the city quite easily.

As stated, there are other similar hotels in the area, but as far as I know they do not advertise to foreigners or travelers necessarily. I believe they are primarily for Japanese businessmen who want a cheap place to stay during business trips - however if you have some Japanese ability you'll be able to find places in the area for even cheaper than New Koyo. I have seen some for as low as 2100 yen a night, with many offering good monthly deals for longer stays. If you know Japanese, try looking up "Minowa Business Hotel" and you're sure to find some great options.

Personally, the last time I was staying in Minowa I did a simple walk around the area (many of these budget hotels are close to each other), and took some of their flyers displayed outside for future reference. Some of them do not seem to have a web presence even, but if you're in the area you can probably do as I did, and just try giving them a Skype call.

If you want to be a little closer to a more exciting area or actual tourist spot, there are still options for you. Many hostels in the city offer very reasonable rates. In particular Sakura Hostel near the Asakusa area has dorm rooms for around 3600 a day, and they also have several locations throughout the city (more on this in a bit). There are also Japan's infamous Capsule Hotels which you can find in the 3000-4000 yen range.

Some might be interested in staying in Tokyo a bit longer than a few weeks - if so, you might be wondering what your options are. As I mentioned briefly before, some hotels will offer special discounts for those staying for around a month. However the best option is probably a guesthouse or "gaijin house" (housing targeted towards foreign residents). The same company that runs Sakura Hostel also runs "Sakura House" which has several locations of varying prices throughout Tokyo. They offer everything from dorm rooms (around 400 USD a month) to nicer, furnished apartments (typically around 1000USD a month). You might have to pay a deposit of 1-200 USD, but they will refund it when you leave.

Tokyo is one of the best cities in Japan, but it has a reputation for being expensive. Traveling to the country's capitol doesn't have to be out of your price range though, and with these budget hotels you can save a lot of money on your trip. 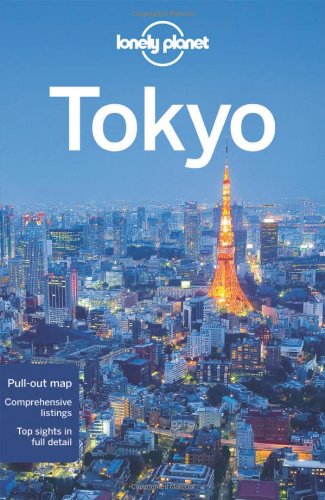