If you can write articles like this then       Why not join me here Earn Money Writing Articles on IB from your Photos and Amazon Links
InfoBarrel is a writing platform for non-fiction, reference-based, informative content. Opinions expressed by InfoBarrel writers are their own.
InfoBarrel > Lifestyle > Shopping

Budget and Expensive Toys Through the Ages

Children of all ages and walks of life love to play with toys. Nothing has changed from the beginning of time except the toys themselves.

Families not flush with money, were doing it hard in many cases battling to feed and clothe their children with no money for toys. I think that parents themselves spent more time as a family with their children back then, because now the kids have their faces glued to one type of screen and alone.

I remember my mother telling me that she had a hand me down rag doll. Also that she got into trouble when she left the cotton reels that she used to play with lying on the staircase. Not much to play with in those days. Although, they still had fun by amusing themselves, with these.

Kids enjoy the fresh air while playing on the swings

During these earlier days the most common toys consisted of rag dolls, whistles and using cotton in many ways. Painted in different colors they worked the same as building blocks. When threaded on cotton they aided children with counting.  Over many years and as families became more financially secure they thought more about toys for their children. This took the form of better dolls, doll houses, wooden toys and figurines.

Then manufacturers experimented with rubber for making balls and parts for dolls. Eventually after the war they made toy pistols and guns. The most popular toy made during the late 1800’s is still a favorite today; the rocking horse, when revamped over the years in a variety of designs. When creating them from wood or plastic with many added features they will look more realistic to that of a living horse.

Many changes in both design and fabrication take place during these years. Then they made wind-up or mechanically propelled toys. At the same time the bubble pipes came into play. The bubble pipe is then dipped into the soap and water mixture and children blew into the pipe delivering bubbles to fill the air.

Children loved to chase these bubbles and still enjoy the benefits of this inexpensive toy even today. I remember my father twisting one end of a piece of wire to form a loop and the other end left to hold on to, and yes, this worked like the bought expensive bubble pipes.

The Kaleidoscope was another inexpensive invention and fun toy. These consisted of a tube with two or more mirrors inside. Colored glass pieces or small objects placed in the other end. As the tube turned the light passed through causing the colored objects to move creating hundreds of different patterns.

Someone else would hold those crossed threads then twist the outside straight thread and hold them in little fingers.  From memory I think this was called rocking the baby in a cradle.  Wow that takes me back a few years that's for sure, definitely showing my age.  But it was fun at the time and did not cost anything.

And then there was the Marbles - I will leave that for you to think about or I will never get this published. 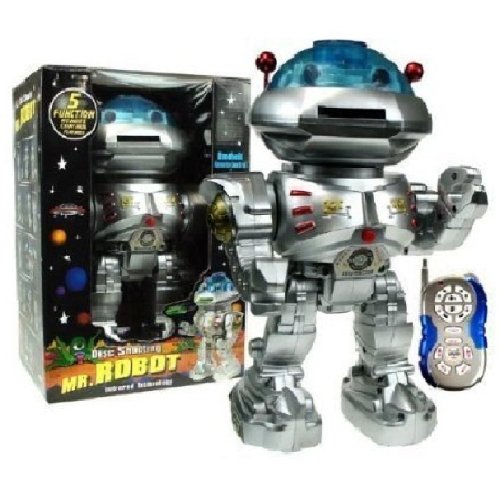 Westminster Mr Robot Remote Disc Shooting Robot Amazon Price: $49.99 $24.78 Buy Now(price as of Oct 9, 2015)
These little robots move back and forth and sideways Kids seem to enjoy playing with robots maybe it is the scientist coming out of them

The Teddy Bear, so named after The American President Theodore Teddy Roosevelt, became one of the most favorite cuddly toys in the world and still is today. As the years rolled by lifelike models of aeroplanes, cars, bikes, trains and motorbikes became alive in the hands and imagination of the children.

The depression halted this process with the shortage of money. During the war toy soldiers were the main items for children to play with. Eventually the kids were given a fairyland of cartoon toys like Popeye, Superman, Spider man and many others.

New games and toys for all aged children became even more popular after the war. I remember playing with games like sorry, ludo, cards, monopoly, checkers, dominoes, fiddle sticks, xylophones, hoops, wind-up toys, pogo sticks, knuckle bones.  Once again the old cotton reels came into popularity with french knitting, which requires inserting 4 small nails in the top and then threading wool around the nails and down through the center.  We made floor mats from these by winding them around and stitching each round together.

Who remembers the knuckle bones from the lamb roast?  These ones have been around for years except the one on the right it is more recent. You can paint them in different colors to make them look better.

Then came the Beautiful Barbie dolls.  These  fashion dolls made by an American toy company in 1959 became a sensation for the little girls.  Kids had fun playing dress ups with all the latest fashion dresses and accessories for all occasions. Then they brought out Ken with his own wardrobe of clothes.

In 1995, Mike Wood started LeapFrogEnterprises Inc. with Toys R Us. He created educational toys for children after he found that his son, Mat could memorize the letters of the alphabet, but had problems learning the sounds that the letters represented. Today these toys are very popular in helping to educate our children.

While taking a trip down memory lane can be fun, if we look back to the 80's their are so many other things that we enjoyed besides games. 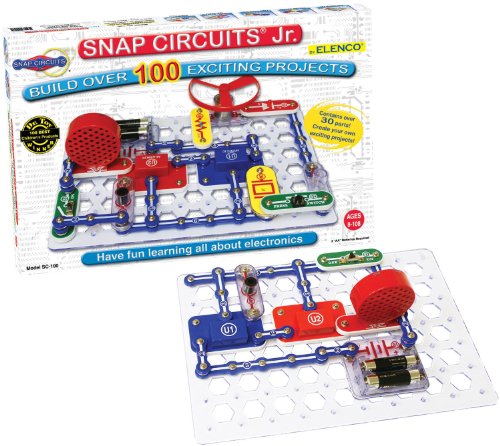 Snap Circuits Jr. SC-100 Electronics Discovery Kit Amazon Price: $34.99 $17.74 Buy Now(price as of Oct 9, 2015)
This Snap Circuit kit has the National parents center of approval It comes with 30 snap together parts. Suitable for kids from 5 - 15 It has its own illustrated manual so that you and the kids can make more than a 100 projects together.

Then the electronic age became alive. Computers, mobile phones, iPods, play stations, Xboxes just one after another. And the real headaches began with a world of changes. This was the beginning of forever having to update these products. That was the end of inexpensive toys. And most of these kids never happy unless saying "I want a new phone. I want ...."

Personal experience: I will never forget one Christmas when we went to our friends in Tasmania. As they had lost everything in a house fire, their parents bought bikes and skates (money items) for them to make up for those things the kids had lost.

Guess what we spent most of the holidays playing with. Bubble pipes, balloons and drawing and board games. It goes to show; parents, take note, do not worry about having to spend money on those exorbitant priced toys. Kids can still have loads of fun with any toys if given the right conditions and circumstances.

Why not get your children out of their rooms into the wide open spaces and fresh air, and do things together as a family and have fun in the process.Robots are no longer needed. Our children have become the robots with current the electronics. Have you caught a bus or train lately? Shocked when I did;  that no one even lifted their eyes as we entered. Their eyes virtually glued to the screens in front of them.

Is this what we want for our children? I know we have come a long way in creating these electronics. Although, I cannot help but wonder, what type of lifestyle or family atmosphere have we created for our children and ourselves for the future.